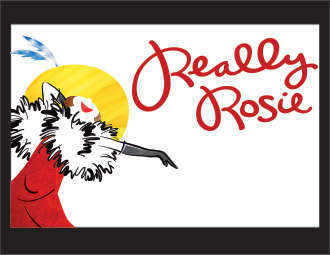 Performances for Really Rosie begin at the Bucks County Playhouse on July 5, 2013. The show is based on several books written by the beloved children’s author, Maurice Sendak. This musical’s book and lyrics are by Sendak and the music is by Carole King. Really Rosie is based on various books by Sendak, such as, Chicken Soup with Rice, Pierre, One was Johnny, Alligators All Around, and The Sign on Rosie’s Door. Really Rosie is a perfect show for the entire family to enjoy.

On May 22, 2013 the cast of Really Rosie gathered at the Bucks County Children’s Museum where they had a chance to meet each other and talk to various members of the press. Excitement exuded from these children as they talked about the show as well as their performances in previous shows. One thing is certain after meeting the children that will be performing in Really Rosie, this show will be full of enthusiastic and talented children.

Grace Capeless will star in this production as Rosie. Capeless was seen most recently on Broadway in A Christmas Storu. She explained to me that she went with her mom to see All About Me and the music inspired her. Capeless says she was hooked since then and loves to perform. Oakes Fegley plays Chicken Soup, and he told me he became more interesting in performing after playing Tiny Tim in A Christmas Carol at the Civic Theatre of Allentown. Reese Diaz will play Pierre. He explains he was about eight when he knew he was interested in acting. He illustrated, “I saw friends in a local show, and from there I knew I wanted to do that too. After that, I began to save for lessons.” Diaz has previously been on stage at the Fulton Theatre in Chitty Chitty Bang Bang and on Broadway in Mary Poppins.

When I asked all the children in the production what their favorite song in the show is, most of them answered, “Alligators All Around." A couple of the young actors really like the song, “My Simple Humble Neighborhood." All the children involved in Really Rosie were bursting with excitement at being in this show and could not wait to begin rehearsing with the music.

Really Rosie is a family-friendly musical that people of all ages will enjoy. For more information and tickets call the Bucks County Playhouse’s box office at (215) 862-2121 or visit online at www.bcptheater.org.

Originally appeared on the Broadway World Philadelphia website on July 2, 2013.