Theatre Review: MY FAIR LADY at EPAC is a Spectacular Production 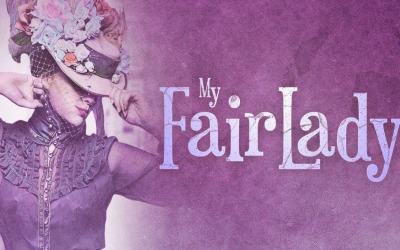 My Fair Lady is one of my all-time favorite musicals. I have loved it since I first saw the 1964 film version with Audrey Hepburn and Rex Harrison. Over the years I have seen several production and there is always something I see in the show that I did not notice before. The production at Ephrata Performing Arts Center is exquisite. The casting is perfect, all the performances are strong and I love how they chose to stage the ending. What I particularly loved about this production is that it felt like less of a love story and more about Eliza trying to better herself in order to make her way in the world. My Fair Lady is a beloved musical, and under the direction of Edward R. Fernandez and Lydia Brubaker, the musical is exceptionally well done, it felt as if I was seeing it for the first time.

My Fair Lady is a musical that many people are familiar with and love. The music is by Frederick Lowe with the book and lyrics by Alan Jay Lerner. The musical is based on George Bernard Shaw’s 1913 play Pygmalion, which was named after a mythological Greek sculptor who falls in love with his own ivory sculpture than comes to life. The basic plot of the musical, My Fair Lady, is about how Professor Henry Higgins bets his colleague Col. Pickering that he can turn a poor cockney flower girl, Eliza, into a lady and then present her at a high society ball. The musical, My Fair Lady, first appeared on Broadway in 1956 and it led to several revivals and a film.

The entire cast for this production of My Fair Lady is wonderful. I always imagine that one of the most difficult roles in this show is the role of Eliza Doolittle because she must transform her body language, mannerisms and speech throughout the show. She is literally evolving onstage. Stacia R. Smith is wonderful in this role, and she plays the best Eliza I have seen in a long time. In her performance Smith makes Eliza not only likable, but also someone who is eager to make her own way in the world. I adored her performance, and one of the highlights of the show is her performance in the song, “Without You.” Equally as strong is Preston Schreffler as Henry Higgins. Higgins narcissism makes him not the most likable character, and Schreffler embraced that, which made his performance unforgettable. Schreffler and Smith worked very well together bringing forth the love/hate relationship between Eliza and Professor Higgins. In addition, I loved Schreffler’s performance in “I’m an Ordinary Man.” Playing Colonel Pickering is Edward R. Fernandez. Fernandez is a strong asset to the show as he adds humor and heart to the show. One of my favorite things about Fernandez’s performance is watching him react to Eliza and Henry, it is as if it amuses him to watch their interactions. Playing Eliza’s father, Alfred P. Doolittle, is Robert Checchia. Checchia provides a sublime rendition of this role and his performance in “Get Me To The Church On Time” is energetic and magnificent. Audiences will love this toe-tapping number. Playing Mrs. Higgins is Kathleen Goodwin. Goodwin is stellar as she coveys the majestic airs of her character. In addition, I enjoyed her interactions with Schreffler, they both worked well together onstage. Sean Reynolds plays Freddy Eynsford-Hill, a young socialite who adores Eliza. Reynolds brings forth Freddy’s naiveté and he is remarkable in the song “The Street Where You Live.” One more character I need to mention is Elizabeth Pattey as Mrs. Pierce, the housekeeper for Henry Higgins. Pattey manages to make the audience laugh simply with her facial expressions towards Henry, and she also adds a sense of warmth with her attitude towards Eliza. One more thing that needs mentioning is that with a show of this size it would not be successful without an ardent ensemble. The ensemble for this production is infused with energy and they are a pleasure to watch in the larger musical numbers.

I also need to mention the Creative Team behind this show. The lush set was designed by Mike Rhoads. The beautiful and period appropriate costumes were designed by Lisa Harris and Carolyn Tornielli. Preston Cuer is the Sound Designer and Jeff Cusano is the Lighting Designer. Tricia Corcoran choreographed the beautiful dance numbers. Zach Smith serves as the Music Director. Lastly, Karey Getz is the Stage Manager.

My Fair Lady runs at EPAC through December 21, 2019. For more information and tickets please visit their website at www.ephrataperformingartscenter.com or call the box office at 717-733-7966.

Final Thought: EPAC’s production of My Fair Lady is a beautiful and fresh interpretation of this beloved musical. The show is witty and smart and a perfect reminder of why people love this treasured musical. This production at EPAC has a phenomenal cast, beautiful sets and costumes; it is a show audiences of all ages will love. Do not miss this show, it quite simply provides a lovely night of live theatre.