Theatre Review: Gretna Theatre Presents a Moving and Entertaining I LOVE A PIANO 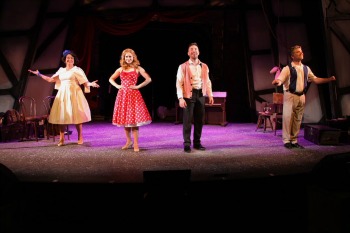 Gretna Theatre opens their 92nd season with I Love a Piano. This show is a celebration of the music of Irving Berlin, as the show follows the life’s journey of a piano. The show begins in present day with a man finding the piano and he wonders about the history the piano has seen. The show continues by going back in time to 1910 to Alexander’s Music Shop and progresses through the decades to recount the history this piano has witnessed. It is a fun piece of musical theatre and it is also full of nostalgia. I Love a Piano is a true delight, as the cast skillfully entertains audiences with a wide variety of Berlin’s music that celebrates Berlin’s monumental career.

Irving Berlin is considered one of the greatest songwriters in American history. I Love a Piano is a fitting tribute to this songwriter as it celebrates Berlin’s most beloved songs. Berlin is known for writing such well-known songs such as “God Bless America,” “Puttin’ on the Ritz” and “White Christmas.”  Berlin had the ability to capture the soul of America in his music and move the hearts of Americans. The creators of I Love a Piano, Ray Roderick and Michael Berkeley have created a revue of songs held together by a single thread, the journey of a piano. This show is creative, and it will make audiences tap their feet, and relax as they hear well-known Berlin songs as well as some little known gems.

Under the direction of Ellie Mooney this show is the perfect show to kick off the 92nd season at Gretna Theatre. If you are not familiar with 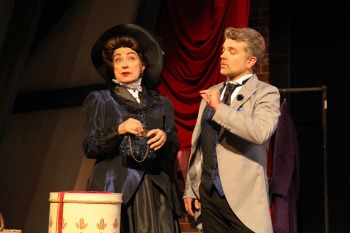 Mooney’s direction and choreography, she always manages to infuse energy and creativeness into the productions she is involved in. Personally, I am thrilled to see her direct this show. She skillfully uses the cast and their performances to invite the sentiment of the songs to come forth. The spirited members of the cast Andrew Zahn, Mary Martello, Jenny Piersol, and Michael Warrell sing through numerous arrangements of Belin’s songs and seamlessly glide from one song to another with ease. Every number in the show is enjoyable and I could write what I love from each part of the show, but for the sake of brevity I will highlight a few parts of the show. The one part of the show that affected me the most was the World War II segment. The song “I Hate to Get Up in the Morning” is wonderfully performed by Michael Warrell and infused with humor. Mary Martello’s powerful vocals in “God Bless America” are moving, and she also shines in “Suppertime” at the top of Act II. This is a portion of the show that will emotionally move the audience. Another highlight of the show is set in the 1950s in a Pennsylvania Summer Stock theatre. The song “Anything You Can Do” performed by Jenny Piersol and Michael Warrell was entertaining and animated. Additionally, the song “Old Fashioned Wedding” performed by Andrew Zahn and Jenny Piersol is delightful and a joy to watch. This entire cast shines in I Love a Piano and they all work well together to create an entertaining and memorable production. 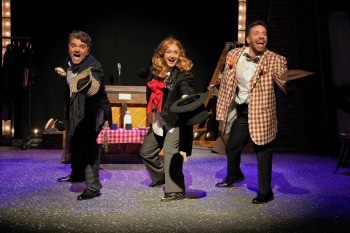 I also need to mention the Artistic Team for this production. The polished set was designed by Roman Tatarowicz. The stunning and period appropriate costumes were designed by Andrea McCormick and Char Wilson. Shon Causer is the Lighting Designer and Johnathan Shuey is the Sound Designer. Lastly Billy Thompson serves as the Music and Vocal Director.

On a personal note, I have not been to Gretna Theatre for a few years and I was thrilled to see some upgrades they have made to the theatre. In addition, I Love a Piano was a remarkable production. If you have not been to the Gretna Theatre in a while I would highly recommend taking some time to see a show in their venue. It was a relaxing and enjoyable night of theatre.

I Love a Piano runs at Gretna Theatre through June 16, 2019. For more information and tickets please visit their website at www.gretnatheatre.org or call the box office at 717-964-3627.

Final Thought: I Love a Piano at Gretna Theatre is an evening of memorable songs and delightful music. A dynamic cast energetically and engagingly present the songs of Irving Berlin. This is a show that audiences will fall in love with as they are reminded of the brilliance of Berlin’s music. This is a beautifully crafted production and a wonderful way to open Gretna Theatre’s 92nd season.