Theatre Review: EPAC Delivers Hilarity in THE MAN WHO CAME TO DINNER 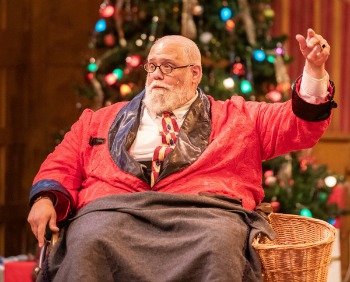 Currently onstage at Ephrata Performing Arts Center (EPAC) is the classic comedy The Man Who Came to Dinner.  This comedy from 1939 by Moss Hart and George S. Kaufman is about a dinner guest who slips on the ice in front of a family’s home in a small town in Ohio and is forced to recuperate inside. It is a hilariously funny show with an eccentric cast of characters. Director, Kenneth Seigh, does a wonderful job in capturing the personalities of the zany characters in EPAC’s intimate space. The Man Who Came to Dinner at EPAC is a fast paced and wildly funny show with a strong cast, and audiences will find themselves laughing as they meet each character and the story unfolds.

Hart and Kauffman’s play is about Sheridan Whiteside (Edward R. Fernandez,) a famous radio personality, who slips on ice in front of the Stanley’s home and injures his hip. He is given medical instructions to stay at the Stanley’s home until he is well. Whiteside begins berating the Stanelys, his doctor, the Stanleys’ guests and his fragile on-site nurse. He fills the house with a parade of his zany friends and he even manages to crowd his host’s home with exotic gifts from admirers including a sarcophagus. The play debuted on Broadway in 1939 and also has two film adaptations.

The cast of The Man Who Came to Dinner at EPAC are perfectly cast in their roles, as they bring energy and are a talented cast of character actors. Edward R. Fernandez portrays Sheridan Whiteside. Fernandez gives an excellent performance and he sets the tone for this wild show. His 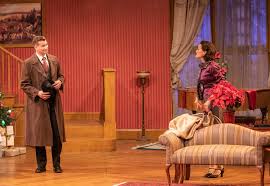 characterization of Whiteside dominates every scene with great comedic effect. Playing Whiteside’s assistant, Maggie Cutler, is Kristie Ohlinger. Ohlinger is a delight in this role as she initially seems mild-mannered, but eventually the audience sees her strength as she deals with the abrasiveness of Sheridan and the scheming of Lorraine Sheldon (Lynne Demers-Hunt.) Lorraine Sheldon is a starlet who is always looking for a good script. Lynne Demers-Hunt is impassioned and amusing in this role. Her portrayal of Lorraine is hilarious. In addition, Ohlinger and Demers-Hunt play characters with opposing personalities and watching these two on stage together is hilarious and sheer perfection. Zander Gawn plays Bert Jefferson, a local newspaper reporter and aspiring playwright who Maggie falls in love with. Gawn makes Bert likable and sincere, and gives the chaotic household a sense of calmness each time he appears onstage. Another performance that needs mentioning is Jordon Ross Weinhold as Banjo. Although Banjo, a friend of Whiteside and a comedian, only appears in the play briefly his role is memorable. Weinhold is excellent in this role as he is a tour de force. Weinhold commands the stage and his zany performance is flawless. The entire cast of EPAC’s production of The Man Who Came to Dinner is incredibly talented. They all infuse their roles with energy and passion. This is one of the best productions of this classic comedy that I have seen. 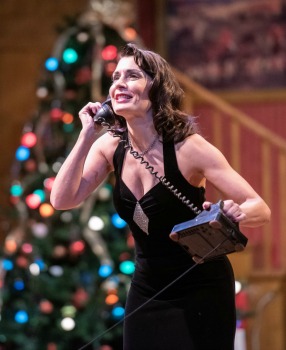 I would be amiss if I did not mention the artistic team. Vince Salpietro designed the set. Lisa Harris designed the period appropriate costumes. Danny Vitchers is the Sound Designer and Michael Wiltraut is the Lighting Designer. Andi Jo Hill serves as the Stage Manager.

The Man Who Came to Dinner runs at EPAC through September 14, 2019. For more information and tickets please visit their website at www.ephrataperformingartscenter.com or call the box office at 717-733-7966.

Final Thought: The production of The Man Who Came to Dinner at EPAC will delight audiences. The production with its exceptional cast is smart and wickedly funny. Audiences will be laughing constantly through this comedic show. Do not miss it as it only runs through Saturday, September 14, 2019.