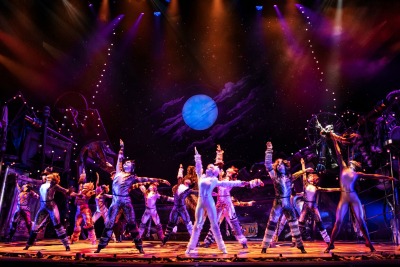 The 2018/2019 theatre season comes to a close this week at Hershey Theatre with the beloved musical Cats. Hershey Theatre has an incredible theatre season coming up in their 2019/2020 season with titles such as Once on This Island, Charlie and the Chocolate Factory, Anastasia and Waitress. On a personal note I am thrilled with the upcoming season and look forward to seeing the shows in the upcoming season. This production of Cats is one of the best productions of the musical I have seen. The set is beautiful, there is good use of special effects and lighting and the cast is dazzling. Everyone in the audience the night I was in attendance seemed to be thrilled with the show. I would highly recommend this production of Cats to anyone who has not seen the show or anyone who loves the music of the show.

“Jellicle cats come out tonight . . . Jellicles come to the Jellicle Ball.” This is the premise for the musical, Cats. The show is based on T.S. Eliot’s collection of poems entitled, Old Possum's Book of Practical Cats, and Andrew Lloyd Webber composed the music. The show tells the story of a group of cats called “Jellicles,” and how once a year they gather at the Jellicle Ball.  At the ball, the Jellicle cats decide which cat will ascend to the “Heaviside Layer” and come back in a new life. The show has well known songs such as “Memory” and “The Rum Tum Tugger.” Cats is a show that many people enjoy and one in which people tend to have a favorite character or musical number. People always come away from the musical with a smile on their face. 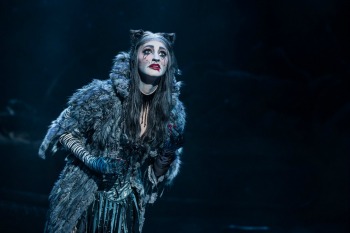 Blankenbuehler. The show opens with an energetic number from the company, “Jellicle Songs for Jellicle Cats.” Each time I see Cats I always walk away from the theatre thinking about my favorite parts of the show, and every time there are different musical numbers that are the highlights for me. In the production at Hershey Theatre one of the highlights of Cats is the number “Skimbleshanks the Railway Cat.” This song and the performance by Ethan Saviet, who plays Skimbleshanks, are outstanding. It is my favorite song in the show and the way the props were used to create a train was inventive. Another highlight is the song “Memory,” performed by Keri René Fuller. This song received the biggest applause of the night and it deserved it. Fuller’s performance and vocals are powerful and moving. The last song I need to mention is the number “Magical Mister Mistoffelees.” This number is magnificent and Tion Gaston gives an exuberant performance as Mr. Mistoffelees. This song will have audience members tapping their feet along with the music. In addition, it is a very fun and vibrant number that is infused with magical elements. Every performance and song in this show is strong and full of energy. It is a reminder of why this show is still popular thirty-eight years after the musical Cats premiered in London’s West End. 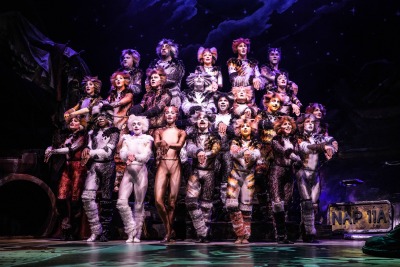 Final Thought: The tour of Cats currently at Hershey Theatre is a magnificent show. It is full of performances and music that people of all ages will enjoy. The current touring production has strong performances from the entire cast, stunning choreography and a good bit of stage magic. It is definitely an entertaining night of musical theatre.