The Summer Club Swings into Their 2016 Season 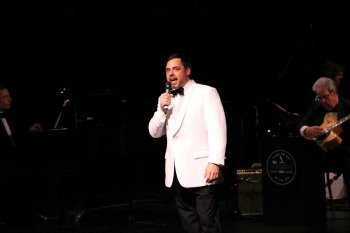 Last week The Summer Club began their 2016 season at the Haverford School in Haverford, PA with a benefit concert for the Saint Ignatius Nursing and Rehab Center. Although this benefit operates a bit differently than The Summer Club’s gigs at the shore, the group still brought their dynamic personalities to the stage. This year’s theme for the benefit was “Classic Songs of the Silver Screen,” and the group sang a lineup of songs from movies that the audience knew and loved.

If you have not had a chance to see The Summer Club, I highly recommend taking time to see them this summer. They have announced dates for this summer in both Cape May and Avalon New Jersey. If you are not familiar with The Summer Club or what to expect, The Summer Club celebrates the era of Big Band, and it is a night full of singing, tuxedo attired performers and above all a fun filled evening of entertainment. The show consists of performers who sing well-known tunes such as “Luck Be a Lady,” “My Kind of Town” and “Come Fly with Me,” and each show also includes a number of special guests who bring their own unique talents to The Summer Club stage. This talented group of performers really came together over their love of music from the Big Band era, and their love of this music really shines through as they share it with their audiences.

Last week Jeffrey Coon and JP Dunphy, Summer Club “regulars” were joined by Ben Michael to entertain the crowd. They started the night off 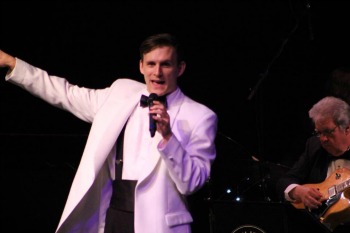 strong with “Luck be a Lady” from Guys and Dolls. Additionally, they all performed songs in which they shined individually. One of Coon’s best numbers of the night was “The Birth of the Blues” where he wowed audiences with his powerful vocals. Dunphy serenaded the audience with “It Had to be You.” Ben Michael charmed the audience with his version of “I’ve Got You Under My Skin.” In addition, they were joined onstage by three talented special guests: Tony Braithwaite hosted the event, and Rachel Brennan and Steve Cofield skillfully performed some well-known standards. Braithwaite charmed audience with his comedic brilliance onstage, which had the audience laughing throughout the evening. Rachel Brennan sang a few numbers, but I adored her powerful version of “The Man That Got Away.” Also, Steve Cofield gave a dynamic performance in the song “I Heard it Through the Grapevine.” Lastly, I need to mention Larry Lees and the Summer Club Orchestra who enthralled the audience with “In the Mood.” 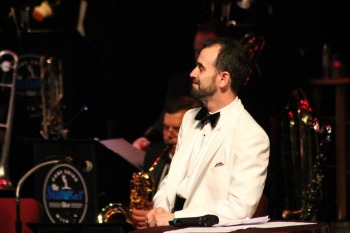 Do not miss a chance to see The Summer Club this summer. The dates for their upcoming 2016 performances are July 23 and August 5 in Avalon, New Jersey, and July 30 and August 6 in Cape May, New Jersey. For more information about The Summer Club and tickets visit their website at www.summerclubshows.com.

Final Thought: If you have not had the chance to see The Summer Club perform I cannot recommend them enough. They are a group of talented and passionate individuals who provide an evening of wonderful entertainment that brings back the entertainment stylings of by gone eras.