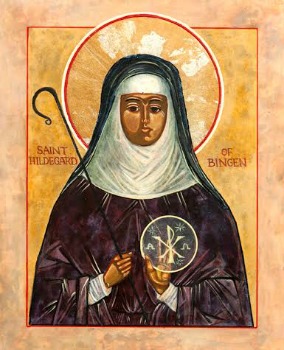 On Friday, January 17, 2014, the Ellen Arnold Groff Series premiered at the Fulton Theatre. This series, named after one of the biggest supporters of the arts in Lancaster County, Ellen Arnold Groff, will support the growth of new playwrights and productions. According to the Fulton Theatre, “This year, we will present [four] play readings that are all new work or work that is being further developed by this series.” With this new series, the Fulton Theatre is celebrating creativity with new artists or works, and this series is for those who want to see new and thought-provoking shows.

During the opening remarks on Friday night presented by the Fulton Theatre’s Artistic Director, Marc Robin, he discussed the importance of not only this new series, but also of Ellen Arnold Groff and her support and influence within the Lancaster artistic community. Robin spoke of Groff as a person whose passion for the arts and for theatre was astounding. Although some of us in the audience had never met Ellen Arnold Groff, Robin’s words made certain everyone in the audience knew of her influence in the arts community as well as her devotion to the arts.

The play, Virtue, was the first play in this new series. This play was written by playwright, Tim Slover, whose play, Lightening Rod, premiered on the Fulton’s stage in 2006. Virtue is about Hildegard von Bingen, who was a German writer, philosopher, composer, Benedictine abbess, and  Christian mystic. Virtue takes place in 12th century Germany at the Monastery of St. Disibod. The play tells the story of Hildegard and her relationship with a penitent, Richardis. Virtue is a play that is bold, but at its core it is also a story of spirituality and interpersonal relationships and how these influences shape our lives. The play is brilliantly written, and the script is solid in the way it tells the story of Hildegard and Richardis. In addition, to Slover’s wonderfully written script, the group of actors who participated in this show were astounding. The four actors involved, Susan Cella as Hildegard, Warren Kelley as Volmar, Andrew Kindig as Cuno and Katie Sina as Richardis all deserve praise for their performances. These fine actors are exceptionally talented, and they all brought a passion to each role. Additionally, I need to mention one additional person, Marc Robin, who directed this show, and who I commend for bringing this thought-provoking show to life.

For me, the perfect theatrical experience is a show that not only can make me laugh and tear-up with emotion, but also one that encourages a discussion after the play is over. These are the types of shows that the Ellen Arnold Groff Studio Series promises to deliver to their audiences. I applaud the Fulton Theatre for bringing these shows to Lancaster County, and I cannot wait to see what the rest of the season has to offer.

The show, Virtue, was only one weekend, but there are three more shows in this series. For more information visit the Fulton’s website www.thefulton.org or call their box office at 717-397-7425.

Final Thought:  The Ellen Arnold Groff Studio Series offers thought-provoking theatre that promotes new works in the Lancaster Arts community. This is a new series that is a wonderful addition to the thriving arts community in Lancaster County.