The Arden Presents a Captivating THE JUNGLE BOOK 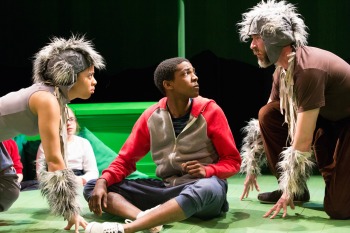 The Arden Theatre Company’s Children Theatre is a place where they present classic stories with a new and innovative take on the classic tales. The latest show for kids, The Jungle Book, does just that. It takes the classic story many are familiar with and depicts it in a way that makes it seem fresh. Children will love this current production at the Arden, and it is enjoyable for adults as well. The Jungle Book is a charming show that is imaginative and stirring. 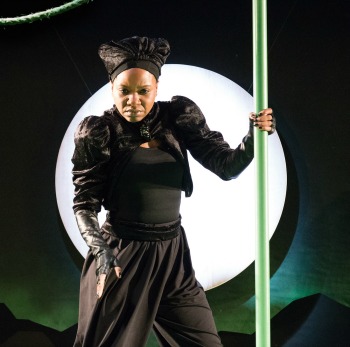 The Jungle Book is based on the stories of Rudyard Kipling, and the book for this show is written by Greg Banks. In the Arden’s production, directed by Matt Decker, the story of The Jungle Book is brought to life by five actors. This talented group of actors tells the story of Mowgli, a young man cub, who is raised by wolves in the jungle and becomes well acquainted with life in the jungle. This play depicts Mowgli’s journey and the friends and enemies he finds on his path, as well as the lessons he learns on his journey. The Arden’s production is innovative, entertaining, and one that both children and adults will enjoy.

What the Arden does well in all their productions is that they celebrate the power of storytelling by encouraging the use of imagination. Their shows for children are no exception to this; these shows are a wonderful way to introduce kids to the power of live theatre. The cast of the current production of The Jungle Book are an extraordinary group of fine actors who bring to life the cast of characters from Kipling’s stories. Playing the young man cub, Mowgli, is Thaddeus Fitzpatrick. Fitzpatrick is wonderful as he transforms from a young child who his adapting to his new surrounding to an individual who is curious about everything he encounters. Fitzpatrick also fills the stage with youthful energy as he plays with the monkeys in the trees or running with the black panther. Taysha Canales plays a trio of roles, the Mother Wolf, Monkey and Kaa. She acts as a protector of Mowgli as the Mother Wolf and she has an elegant presence as she slithers in the role of Kaa, the snake. Charlie DelMarcelle portrays Father Wolf, Monkey and Baloo. DelMarcelle brings to life the easy-going and likableness of Baloo, the bear. Sean Lally plays Shere Kahn, Monkey and Vulture. Lally is animated and has the ability to depict tiger-like characteristics with his vocal and facial expressions as he plays, Shere Kahn, 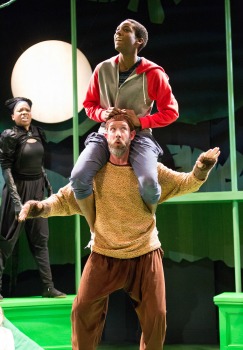 the tiger who wants to make a meal of Mowgli. Rounding out this remarkable cast is Nikki E. Walker who plays Wolf, Bagheera, Monkey and Vulture. Walker has a commanding presence as she takes the stage as Bagheera, the black panther; she gives Bagheera an “in charge” attitude as she teaches Mowgli how to adapt to his new surroundings.

The artistic team also deserves recognition for their work in bringing this much loved story to life. The incredible two tiered that is reminiscent of a jungle was designed by Timothy R. Mackabee. Lauren Perigard is the Constume Designer who designed the wonderful costumes. Niki Cousineau is the Choreographer. Daniel Perelstein is the Sound Designer and Composer, and Maria Shaplin is the Lighting Designer. Also, I would be remiss if I did not  mention the director, Matt Decker, who magnificently directs the Arden’s production of The Jungle Book.

The Jungle Book runs at the Arden Theatre through June 21, 2015. For more information and tickets visit their website at www.ardentheatre.org or call the box office at 215-922-1122.

Final Thought: The Jungle Book at the Arden Theatre Company imaginatively brings the jungle and its array of inhabitants to life on stage. It is a production that is innovative and entertaining, and a show that the entire family will enjoy.