Review: Hershey Theatre Presents a Dazzling THE KING AND I 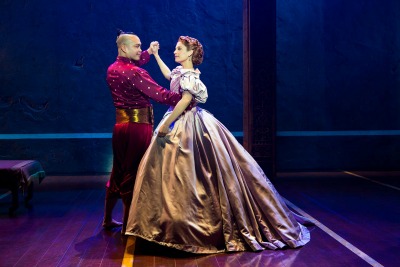 Currently onstage at the Hershey Theatre is the touring production of Rodgers and Hammerstein’s The King and I under the direction of Bartlett Sher. This show is a Broadway classic. The cast is spectacular, the costumes are stunning and the choreography is beautiful. This show is the strongest and most memorable production of The King and I that I have had a chance to see. If you have not seen The King and I recently this is a great production to rekindle your appreciation of this classic piece and you will be singing music from the show long after you leave the theatre.

The King and I is based on the 1944 novel by Margaret Landon, Anna and the King of Siam. The show is one of many musicals by the team of Richard Rodgers and Oscar Hammerstein II. The King and I opened on Broadway in 1951 and ran for approximately three years. The musical tells the story of Anna, a British school teacher who is hired by the King of Siam to teach his children. The relationship between Anna and the King is full of struggles, but there is an underlying theme of getting to know and understand someone from a different gender and ethnic background. Many well-known songs such as “I Whistle a Happy Tune,” “Shall We Dance” and “Getting to Know You” are all from The King and I. This is a spectacular production, and it is only in Hershey until Sunday.

The entire cast of The King and I is incredible from the children to the ensemble to the leading actors. Everything fell into place from the set to the 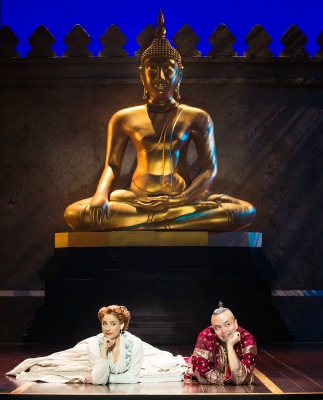 performances to create the best production I have seen of this show. Elena Shaddow is magnificent as Anna. Her performance as this determined character is strong, and each of her songs are exceptional. I particularly enjoyed her songs, “Getting to Know You and “Shall I Tell You What I Think of You.” Jose Llana portrays the King of Siam. Llana is a presence onstage. He has energy in the song “A Puzzlement.” In addition, he and Shaddow have wonderful chemistry. Their number, “Shall We Dance” is dazzling and full of strong vocals and stunning choreography by Christopher Gattelli. Joan Almedilla plays Lady Thiang, the King’s lead wife. Almedilla gives one of the brightest performance in the show, and her rendition of “Something Wonderful” is exquisitely done. Another standout performance is from Q Lim as Tuptim and Kavin Panmeechao as Lun Tha. Their performance in the song “I Have Dreamed” left a lasting impression upon me. The touring company of The King and I are all wonderful in this production and give outstanding performances, and if you are a fan of Rodgers and Hammerstein’s The King and I you do not want to miss this cast.

Final Thought: The King and I currently at Hershey Theatre is a magnificent production. It is a wonderful rendition of a classic musical. The performance by Elena Shaddow and Jose Llana in the song, “Shall We Dance” alone is worth the price of admission.