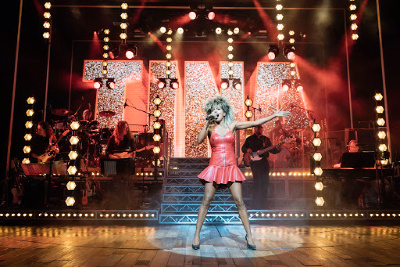 If there is one upcoming show I am most eager to see it is the new musical Tina: The Tina Turner Musical. This musical premiered in the West End at London's Aldwych Theatre in 2018, and it is scheduled to transfer to Broadway in the Fall of 2019. Fortunately for those of us who are impatiently waiting for the show to arrive on Broadway, there is a brand new cast recording of the London cast by Ghostlight Records and the digital recording is now available. The recording itself is glorious. Adrienne Warren who plays Tina Turner sounds incredible and I can feel her energy come through in this recording. It sounds as if Warren has poured her heart and soul into this role. The cast recording of Tina: The Tina Turner Musical is outstanding, and it is one I will definitely be listening to frequently.

For those who have never had the privilege to see Tina Turner live I will say she is full of life and energy onstage. I saw her a couple of times live in the 1980s and until this day her concerts remain my favorite live concert experiences. In addition, her talent, energy and passion are some of the reasons she remains a rock-n-roll icon. I mention Turner’s energy in this review because I feel that comes through in the cast recording. Adrienne Warren sounds superb in this role and she captures the energy and passion of the role. In addition her vocals specifically in “Proud Mary” and “River Deep, Mountain High” are so full of vigor that listeners of the music can practically feel the energy she is pouring into these songs.

What the recording of Tina: The Tina Turner Musical does well is that it captures Tina’s story from her early years in Nutbush, Tennessee and 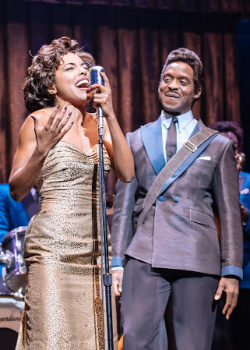 progresses through her evolution into a young performer who began breaking all the rules. I appreciate that the musical numbers do not shy away from her abusive relationship with her husband, Ike, or the difficulties she had to deal with; I feel this is well done and adds to the overall story. There is an evolution to Tina’s story that happens listening to the cast recording and though part of the music deals with the hardships in her life the songs also celebrate her comeback which attests to Tina Turner’s strength. Another one of the highlights of the new album are songs performed by Kobna Holdbrook-Smith who plays Ike Turner. Through the music Holbrook-Smith comes across vicious and self-centered in his role as Ike, and he is strong vocally especially in the song “The Hunter.”

The new cast recording of Tina does a couple of things exceedingly well. First of all, through the music it gets people in the United States eager to see the show once it transfers to Broadway and secondly, it reminds us of the importance of Turner’s story and brings about nostalgia for her music. In addition to hearing well-known songs such as “Proud Mary” and “River Deep, Mountain High” other beloved songs such as “Private Dancer” and “What’s Love Got to Do with It” are also found on the cast recording. Each song on this recording is full of energy and passion and it does an exceptional job of conveying the monumental moments in Turner’s life and career.

One additional item that needs mentioning is that Tina is presented in association with Tina Turner, which means that she has been involved in the creative process. The book for the musical is written by Katori Hall with Frank Ketelaar and Kees Prins. I feel that Turner being involved with the creation of the musical about her life is a very important fact to mention as it helps keep the story a more authentic portrayal of her life and accomplishments.

Tina: The Tina Turner Musical is a cast recording I cannot stop listening to. It is packed with music audiences are familiar with and Warren infuses the songs with energy. Anyone listening to this recording will likely find themselves dancing along with the music especially “Proud Mary” and “Shake a Tailfeather.” 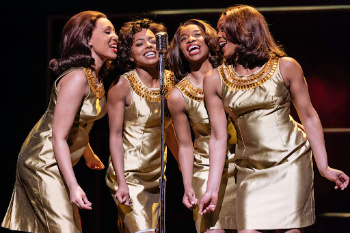 Tina: The Tina Turner Musical is now available for digital download. For more information and to purchase the recording please visit ghostlightrecords.lnk.to/riverdeep-tinaturnermusical.

Final Thought: Ghostlight Records cast recording of Tina: The Tina Turner Musical is marvelous. Adrienne Warren who plays Tina sounds phenomenal and she embodies the energy and passion of Turner through the music. This is one cast recording that people will be listening to frequently.