Music Review: Sutton Foster’s TAKE ME TO THE WORLD is a Heartwarming Journey 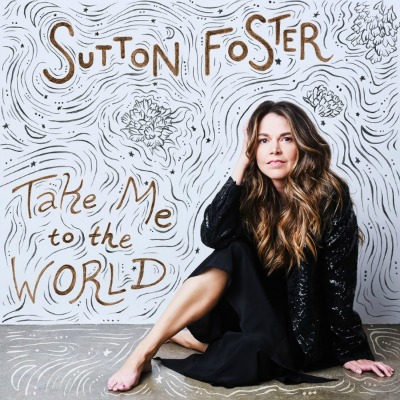 This week I thought I would write about a solo recording, Take Me to the World by Sutton Foster, which is one I adore listening to. Having heard the news of Foster returning to Broadway in The Music Man in 2020 I thought this would be a good time to talk about her third solo album, Take Me to the World, produced by Ghostlight Records. The album is full of emotional and superb recordings of musical theatre classics. When one listens to the music it is as if Foster is taking them on a personal journey with her. The renditions of each of the songs are full of passion and heart, and I am thrilled that Foster continues to release solo albums.

Foster is one of my favorite performers in the musical theatre industry. She has a powerhouse belt and she always brings an individuality to all her roles. She is a two-time Tony Winner for her roles in Anything Goes and Thoroughly Modern Millie. Also, she has appeared in eleven Broadway shows including Little Women, Shrek and The Drowsy Chaperone. In addition to her stage credits she has also starred in the television shows Bunheads and Younger. The songs on Take Me to the World are a few favorite songs [written] by well-known composers from both musical theatre and pop song writers including Kander & Ebb, Stephen Sondheim, Jason Robert Brown, Paul Simon and James Taylor.

One of the things I enjoyed about Take Me to the World is that it highlights Sutton’s gift of storytelling. In the linear notes Foster writes about who this album is dedicated to. She explains that she has three gratitudes she is celebrating on the album: the people at Ball State University, Michael Rafter (Foster’s Music Director) and her daughter, Emily. There is a personal feel that comes through in this recording and I think that is due to how much all these people mean to Foster. One of my favorite songs on the recording is “A Quiet Thing/Hush, Little Baby,” and it is a duet with Megan McGinnis. This song is exquisitely sung and full of affection. It is one that pulls at the listeners’ heart strings. Another one of my favorite numbers on the recording is “Stars and the Moon” a song from the show Songs for a New World. Foster shines in this song. It highlights her voice and is a striking performance. One last song I want to mention is “It All Fades Away” form The Bridges of Madison County. Hearing Foster perform this number always tugs at my emotions and makes me tear up. It is a beautiful song written by Jason Robert Brown, and imbued with Foster’s passion it is one of my favorite songs on the recording. Every song that was chosen for this album feels like Foster has an emotional connection with the music. This is definitely a recording that feels very personal and I adore Foster’s solo album, Take Me to the World.

Sutton Foster’s Take me to the World is available to purchase through Ghostlight Records. For more information and to purchase the recording please visit www.ghostlightrecords.com/sutton-foster-take-me-to-the-world.html.

Final Thought: Sutton Foster’s solo album Take Me to the World is full of passion and heart. Each song feels like she is sharing a personal story with the listener. The recording is full of powerhouse vocals and arrangements that are a delight to listen to. I am thrilled Foster continues to release such wonderful solo recordings as this.