Music Review: Lin Manuel-Miranda’s IN THE HEIGHTS 10th Anniversary LP is a Vital Part of the Musical Theatre Landscape 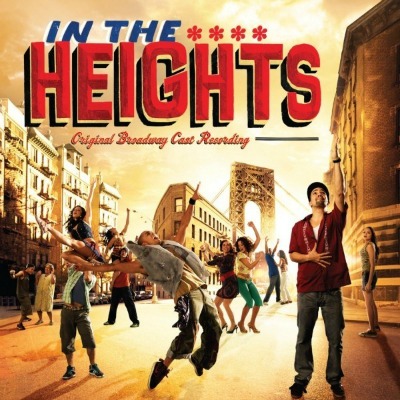 A true confession – like many other people growing up I could not afford to go to New York to see a Broadway show and the town I lived in growing up was severely lacking in any type of live theatre. So, I lived on cast recordings. I could sing every word of most Broadway Cast Recordings and that music inspired me and made me fall in love with live storytelling. I grew up in the 1980s and this was a time when most of my cast recordings were primarily on vinyl. I cannot express how thrilled I am to see Cast Recordings being released once again on vinyl and I was so delighted to hear In the Heights on vinyl. Additionally, there is something very special about listening to Lin-Manuel Miranda’s score on vinyl; it captures the grittiness and brilliance of the music. It provides the listener with a whole new experience to reengage with the music and story of the show. I am ecstatic that Ghostlight Records has released an LP of the Original Broadway Cast Recording of In the Heights to commemorate the 10th anniversary of the show.

If you are unfamiliar with the musical In the Heights, here is a brief overview: In the Heights takes place in the Washington Heights neighborhood of Manhattan, and tells the story of a close group of extended family and friends who live in this neighborhood. The community of Washington Heights is multi-generational, and they all share the commonality of struggling to achieve the “American Dream.”  The show remains focused on a few family members and friends from this neighborhood and the common thread between them is that they are all regular customers of the corner bodega run by a very affable young man named Usnavi. Most of this is explained in the first song of the show “In the Heights.” The cast brilliantly portrays this story written by Quiara Alegría Hudes with music and lyrics by Lin-Manuel Miranda

This music from In the Heights is all powerful, and every lyric has meaning and moves the story forward. One of my favorite songs in the production is “Breathe.” Mandy Gonzalez portrays Nina in the cast recording and her vocals are stunning, the song portrays Nina’s innocence and strength. Another song that is one of my favorites and is full of emotion is “Alabanza.” This number is performed by Lin-Manuel Miranda (Usnavi) and Mandy Gonzalez (Nina). This song always gives me chills as it is about people memorializing someone in the neighborhood who has recently died; It is a beautiful song. Another highlight from the music of the show is “Piragua” performed by Eliseo Román who plays the Piragua Guy. This song is like a ray of sunshine in musical form. I always love this number whenever I see the show and hearing it on the LP captures the same brightness. One more song I need to mention as one of my favorite songs is “96,000.” This song always captures the energy and passion of the cast and I love how this comes through so vibrantly while listening to the cast recording. There are so many songs I love in this show and now that I have listened to the music again on the 10th Anniversary LP of In the Heights it is bringing back so many memories of the first time I saw the show. This show captures the brilliance of Lin-Manuel Miranda. There is something to be said about listening to cast recordings on vinyl. The music quite simply sounds better and many of the subtle details are captured more vividly and listening to music on an LP is so more of an experience. If you are a fan of Miranda or the musical In the Heights I would highly recommend listening to this music on LP. There is something that feels special about sitting and listening to the words and music from In the Heights in this format.

On more item I need to mention about the In the Heights 10th Anniversary LP is the artwork on the album covers. There are 3 LPs included in the 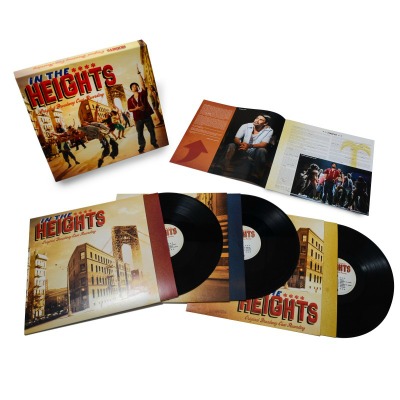 set and each one is contained in its own unique album cover. The album covers lovingly illustrate the music style as well as the show. Personally, I am thrilled with the whole idea of listening to cast recordings on LP and the different album cover on each LP makes this such a great set to own. Thank you Ghostlight Records for producing a rich and incredible cast recording of In the Heights.

The In the Heights Original Broadway Cast Recording is available for purchase through Ghostlight Records. For more information and to purchase the LP please visit ghostlightrecords.com/vinyl/in-the-heights-vinyl.html.

Final Thought: Listening to the Original Broadway Cast Recording LP of In the Heights is an experience that captures the richness and brilliance of Lin-Manuel Miranda’s music and lyrics. The music is bursting with energy and passion. Listening to this music on vinyl gives the music a wonderful depth and I would highly recommend taking the time to sit with this album and listen to the rich lyrics and music from the show.