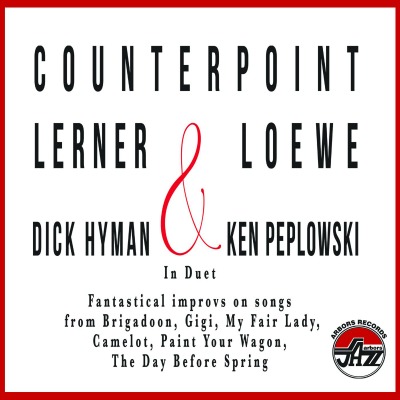 For those of you who read this blog regularly, you know that I am a huge fan of the reimagining of the music from Broadway Musicals. Do not misunderstand, I love cast recordings, and I enjoy listening to them regularly. However, I also find myself frequently listening to artists who reconceptualize songs from the Broadway Music catalogue. I was delighted to hear that there are two new jazz recordings recently released from Arbors Records, which celebrate Lerner’s and Loewe’s musicals. The albums are by accomplished jazz musicians, and I adore both these new recordings. The first album, Counterpoint Lerner & Loewe features Dick Hyman on piano and Ken Peplowski on clarinet and tenor sax. This album features songs from My Fair Lady, Gigi and Brigadoon. The second recording, Adrian Cunningham & His Friends Play Lerner & Loewe features bandleader and saxophonist/clarinetist/flautist Adrian Cunningham with Fred Hersch on piano, John Hébert on bass and Eric McPherson on drums, with guest stars Randy Brecker on trumpet and Wycliffe Gordon on trombone. This album features well-knows songs from My Fair Lady, Brigadoon and Paint Your Wagon. Both these albums would be a welcome addition to the collection of any fan of Jazz, Broadway Musicals and good music.

Counterpoint Lerner & Loewe by Dick Hyman and Ken Peplowski is a delight. This album is full of reconceived and distinctive recordings. One of the things that really struck me is the haunting feel of the song “On the Street Where You Live.” From the very start you will experience a new sound for this song. It infuses the listener with a sense of emotion. This particular song is unlike anything I have heard and I immensely enjoy listening to it. Another favorite of mine from the album is “Show Me.” I love the sound of the piano and clarinet in this song and how the sound melds together. It is an energizing and stunning rendition of the song. This is a wonderful album and I enjoy how the music feels modern and unlike anything I have heard before. 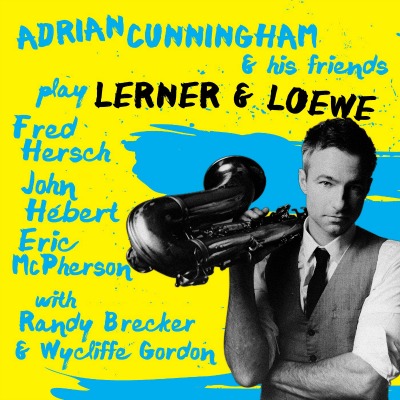 about the recording is the way the songs feel unexpected. For example, the song “The Rain in Spain” begins with a jazzy interpretation of the song. The song begins with a strong woodwind solo and by the middle there are chords being played by the piano that make the song feel new and exciting. This song is one of my favorite on the album. Another highlight on the recording is “If Ever I Should Leave You.” This song begins in a way the listener is familiar with and then by the middle there is a piano solo that makes the song express a different and unique feeling. I find myself listening to this album over and over again. It is a great recording and one that proudly celebrates the musicals of Lerner and Loewe.