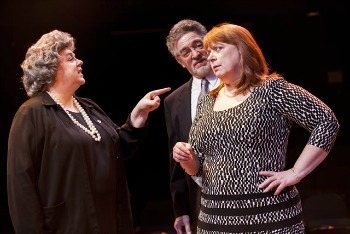 Ephrata Performing Arts Center opens their 2015 season with the daring play, August: Osage County. This play, set in rural Oklahoma, is about the Weston family who gathers at their family home when the patriarch of the family, Beverly Weston, goes missing. This play is intricate, and shows the identity and dysfunction of a family as hidden secrets are revealed. This production at EPAC is unforgettable, absorbing and audacious with a remarkably talented cast.

August: Osage County is a dark comedic play that revolves around the story of the Weston Family. The play is by Tracy Letts, and won the 2008 Pulitzer Prize for drama. The basis of the story is that the father of this family goes missing, and his three daughters return to Oklahoma to help deal with the crisis. The three daughters, Barbara, Karen and Ivy all return and try to reconnect with each other and their mother, Violet. Throughout the play they discover the dark and sometimes disturbing secrets about their family. Although this play is deep, the writing is witty and clever. This production is humorous, moving and insightful and well worth a trip to EPAC to take in this thought provoking show.

The ensemble of August: Osage County, under the direction of Edward R. Fernandez, is flawless. It feels as if this play is a labor of love for 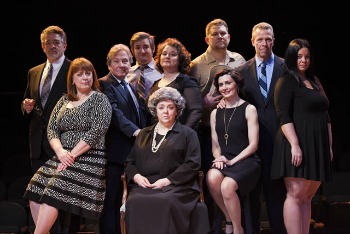 Fernandez and the entire cast. The development of the characters in this production is superb, the direction and the performers brought a depth to each character that I have not seen before in previous productions of this show. This is a show that the entire cast and crew should be proud of. In the role of the matriarch, Violet Weston, is Elizabeth Pattey. Violet is a character that is loud and opinionated, and does not care who she offends with her rhetoric. Pattey plays her with wit and creativeness; she tells a compelling story through her actions onstage. The oldest of the Weston children, Barbara, is portrayed by Susan Kresge. Barbara is controlling to her own family as well as everyone around her, but her story is revealed throughout the production. Kresge gives a dynamic performance as she reveals her character’s shortcomings. Sharon Mellinger plays Ivy, the middle sister. Ivy tends to deal with her family in a diplomatic way, and Mellinger dynamically shows her character evolve from a soft-spoken beleaguered family member to someone who attempts to take control of her life to try to put her past behind her.  Lynne DeMers-Hunt plays the youngest sister, Karen. Karen is the sister with the seemingly cheerful disposition. DeMers-Hunt skillfully brings to light that her character is lying to herself in order to create a fantasy that allows her to remain happy at any cost. These three fine actors who play the sisters have a great dynamic onstage. Each member of the cast brought their own quirks and personality to their characters, and there are a few more standout performances I need to mention. John Kleimo plays Charlie, the longtime husband of Mattie, Violet’s sister. Kleimo comes across as quiet, but dignified and through facial expression and body language successfully conveys this characters wide range of emotions. The highlight of this character comes across with how he speaks and interacts with his son, Little Charles; Kleimo brings to light the parental love and protection he has for his son and this comes forth in act three in a confrontation with his wife. The last person that needs mentioning is Natalie Young who plays Jean, the daughter of Barbara. Young shows her character’s bitterness and confusion as a young teenager, and she embodies all the confusing emotions a young teenage girl experiences.

August: Osage County runs through April 4, 2015. For more information and tickets visit their website at www.ephrataperformingartscenter.com or call the box office at 717-733-7966.

Final Thought: August:Osage County at Ephrata Performing Arts Center is a production that reminds me how powerful live theatre can be. This play has a remarkable cast and it is a show that exceeded all the expectations I had when walking through the doors at EPAC.