There is no other theatre that is more perfect for a production of Vanya and Sonia and Masha and Spike than Bucks County Playhouse. This show takes place in Bucks County, Pennsylvania, which is also where the playwright Christopher Durang lives. So not only does this show entertain audiences, but it is easy for the audience to visualize the setting that Durang envisioned because they are sitting in the midst of Bucks County. Vanya and Sonia and Masha and Spike is a smart play, as well as has a cast that is charming. 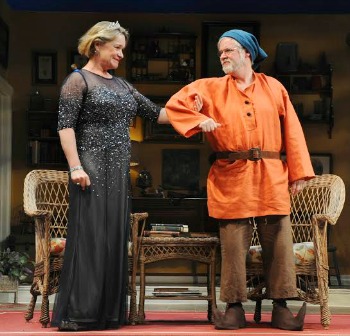 Vanya and Sonia and Masha and Spike is a comedy about three siblings and their relationship to each other. The show depicts their current lives, and how they came to be where they are in their lives. This show is brilliantly written by Durang, and won the 2013 Tony Award for Best Play. Elements of the show are influenced by the writings of Anton Chekov, including references to The Cherry Orchard and Three Sisters. The Bucks County Playhouse’s production of Vanya and Sonia and Masha and Spike does something unique, in that, Durang himself, is playing Vanya. This production is witty and intelligent, and will have audiences laughing at the witty commentary throughout the show.

Under the direction of Sheryl Kaller, Vanya and Sonia and Masha and Spike is shrewd and smartly crafted entertainment. In the role of Sonia, Vanya and Masha’s adopted sister, is Deirdre Madigan. Madigan’s character has taken care of everyone else her whole life, unfortunately during this time she neglected to have a life of her own. Madigan steels the show in this role, but especially in the part of the play where she impersonates Maggie Smith. Madigan’s charisma in this role is excellent, and her performance itself is worth the price of admission. In the role of Masha, the famous sister who has enjoyed a successful acting career is Marilu Henner. Henner is full of life and brings a lot of passion to her role and her performance. Christopher Durang plays Vanya, a character who seems comfortable in his monotonous life. Durang adequately portrays the quiet and stoic brother, who strives to keep the peace between his siblings. That being said, there is a clever and brilliantly written monologue in act 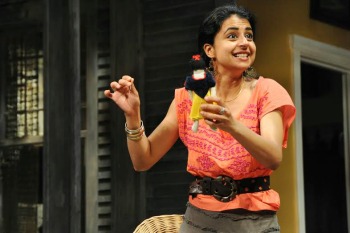 two, about how life used to be and how in past generations television shows engendered the Arts to be a part of the national consciousness. Although this speech is one of the best parts of the script, it seemed to lose some of its luster and conviction due to its delivery. Jimmy Mason plays Spike, the self-absorbed boyfriend of Masha. Mason is very funny in this part, and despite his character being overly self-centered he made Spike likeable. Mahira Kakkar portrays Cassandra, the housekeeper of Vanya, Sonia and Masha’s house. Kakkar is animated, and she brings another dimension of life to the show. In addition, Kakkar magnificently adds levity to some of the more serious scenes. Rounding out this cast is Clea Alsip who portrays Nina, the next-door neighbor, who is also an aspiring actor. Alsip brings innocence and a breath of fresh air to this role as she looks at the world through untainted eyes.

Vanya and Sonia and Masha and Spike runs at Bucks County Playhouse through August 10, 2014. For more information and tickets call the box office at (215) 862-2121 or visit their website at www.bcptheatre.org. 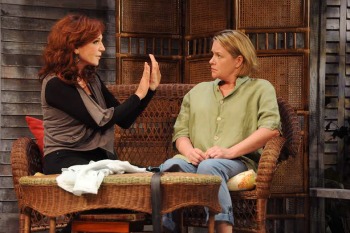 Final Thought:  Vanya and Sonia and Masha and Spike at Bucks County Playhouse is a smart comedy that has a witty script and great performances. You should see this show while it is in the heart of Bucks County where the play takes place.