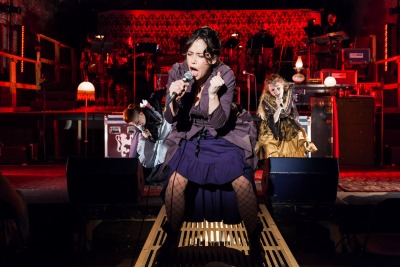 LIZZIE, a rock musical about Lizzie Borden, directed by Kate Galvin, is the newest show by 11th Hour Theatre Company that is currently on stage at the Christ Church Neighborhood House.  This show is by Steven Cheslik-Demeyer, Tim Maner and Alan Steven Hewitt. Personally, I was thrilled that 11th Hour Theatre Company took a risk on this show and the result is a stellar and creative production.

Lizzie is a rock musical that depicts the circumstances that led to the death of Lizzie Borden’s father and her step-mother. I do not want to reveal too much about the show because the mystery surrounding the story is part of the anticipation for this production. The writers of Lizzie definitely empathize with Lizzy’s plights and provide the audience with a different point of view than they may be accustomed to regarding this somewhat folkloric tale. The fabled rhyme is “Lizzie Borden took an axe, gave her mother forty whacks. When she saw what she had done, gave her father forty one." Through the telling of this rhyme is how many people become familiar with the story of Lizzy Borden, although this definitely does not tell the whole story or even recount the actual facts of the case.

Alex Keiper is incredible as Lizzie Borden. She gives a powerful performance as she unravels the character of Lizzie onstage. Cara Noel 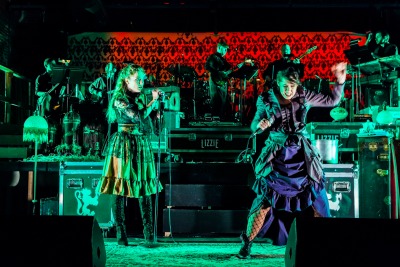 Antosca  plays Emma Borden, Lizzie’s sister. Emma comes across as a bit manipulative in the telling of this story, Antosca and Keiper work well together onstage, and their vocals together throughout the show are very strong. Rachel Brennan plays Bridget Sullivan, the housekeeper for the Borden’s. Brennan gives a sinister edge to Bridget and her facial expressions throughout the show adds a depth to the character. Meredith Beck portrays Alice Russell, the neighbor to the Bordens. Russell gives a solid performance as the innocent neighbor who tries to protect Lizzie. Her song, “If You Knew” is a beautiful vocal. As much as I thought act one was strong, these four actors really shine in the second act. Where act one provides much of the backstory and completely draws the audience into the plot, act two is a rock fest. Act two is a powerhouse of vocals and rock concert tropes. Lizzie is a musical about four women shattering the confinements of societal rules and acting in a way that is outside of societal expectations. 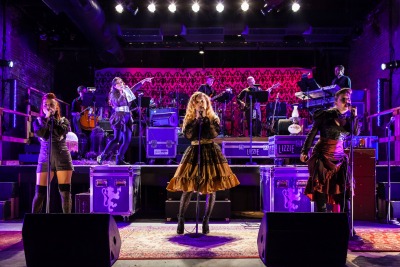 In addition, the band led by Dan Kazeli is outstanding. The creative set and lighting design by Thom Weaver is a multi-tiered stage with details such as a back drop that provides the look of Victorian wallpaper. Toby Pettit is the Sound Designer and Peter Andrew Danzig is the Choreographer.

Final Thought: Lizzie is a spectacular show with a cast that rocks out a legendary tale of an American crime mystery. It is a unique theatrical performance and well worth seeing at 11th Hour Theatre Company.