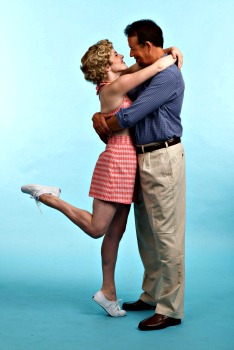 Rodgers & Hammerstein's American classic, SOUTH PACIFIC, weaves together tales of romance, duty and valor to bring audiences a hilarious, heartbreaking, and thought-provoking Broadway musical. Nellie, a spunky nurse from Arkansas, falls in love with Emile, a French plantation owner. At the same time, U.S. Lieutenant Cable falls for a beautiful island native named Liat. On this island of paradise, can true love survive cultural prejudices and the threat of war? The thrilling score includes "I'm Gonna Wash That Man Right Outa My Hair," "Some Enchanted Evening," "There Is Nothing Like a Dame," "Younger Than Springtime" and "I'm in Love with a Wonderful Guy."

Rodgers and Hammerstein’s SOUTH PACIFIC premiered on Broadway on April 7, 1949. The show was a huge success, running for 1,925 performances. The production won ten Tony Awards, including Best Musical and Best Score, and the 1950 Pulitzer Prize for Best Drama. It became the second longest running musical at the time, behind another of Rodgers and Hammerstein’s popular shows, Oklahoma!. The plot is based on stories told within the Pulitzer Prize winning book, “Tales of the South Pacific” by James A. Michener. Since its premiere, the SOUTH PACIFIC has had multiple revivals and adaptations, including two Broadway revivals, multiple National Tours, a film in 1958 and a 2001 made-for-television movie.

The team that created SOUTH PACIFIC has local ties. Richard Rodgers and Oscar Hammerstein II wrote many of their beloved musicals at Highland Farms in Doylestown, PA. James A. Michener grew up in the same town and is remembered in the area by the James A. Michener Art Museum. During the Walnut’s production, the Museum will loan the Theatre several of Michener’s personal items to display for audiences, including his typewriter and personal copy of “Tales of the South Pacific.”

Award-winning Director Charles Abbott will lead the Walnut’s production. Abbott has been involved in over 25 Walnut Street Theatre productions in a variety of roles including actor, director and choreographer. His Walnut directing credits include And Then There Were None, Arsenic and Old Lace, Hairspray, Crazy for You, Annie and The Sound of Music. Abbott has received five Barrymore nominations, winning for his direction of 42nd Street and his performance in Cabaret at the Walnut. He served as the Artistic Director for Maine State Music Theatre for 20 seasons, and has been a part of both Broadway and National Touring productions. John Daniels takes the podium as music director and Michelle Gaudette joins Abbott as choreographer. Daniels has been the associate conductor for the Walnut for the past six years, and served as music director for Walnut’s production of Buddy – The Buddy Holly Story. Gaudette has previously choreographed at the Walnut for productions including 9 To 5: The Musical, In the Heights, Grease, Miss Saigon, Fiddler on the Roof, State Fair, Man of La Mancha, Carousel and Evita 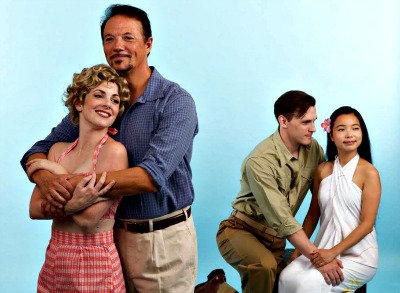 Schoeffler has been seen in Rock of Ages (Hertz), Sweet Charity (Vittorio Vidal), Peter Pan (Hook), Beauty and the Beast (Lumiere), Cyrano (Le Bret), Phantom of the Opera, Nine and Sunday in the Park with George. Kate Fahrner (Elf, Grease) will play the naïve U.S navy nurse, and Emile’s love interest, Ensign Nellie Forbush. Fahrner returns to the Walnut having just performed the role of Eva Peron in Evita at Maine State Music Theatre. On Broadway, she has been seen in Wicked and was a member of the 1st National Tour of South Pacific.

Lori Tan Chinn makes her Walnut debut as the sarcastic, sassy Bloody Mary, a role for which she received the Helen Hayes Award for Outstanding Supporting Actress. Chinn also played the role in the 2001 made-for-television movie, starring Glenn Close. Many audience members will recognize her from her character on Orange is the New Black, Mei Chang. Among Chinn’s numerous stage credits, she has been seen on Broadway in M. Butterfly, G.R. Point and Lovely Ladies, Kind Gentlemen.  Walnut audiences will remember Ben Michael from 9 To 5: The Musical and How to Succeed in Business Without Really Trying. Michael will play the U.S. Marine, Lieutenant Joseph Cable. His love interest, the beautiful Liat, will be played by Alison T. Chi, making her Walnut debut.

The youngest members of the cast, playing Emile’s adorable children, are all local to the Philadelphia area and students of The Theatre School at Walnut Street Theatre. Courtney Chu of Mount Laurel, NJ and Ella Hampton of Cherry Hill, NJ will share the role of Ngana. The role of Jerome will be shared by Ethen Jih-Cook of Philadelphia, PA and Kwanchi Loo of Cherry Hill, NJ.

Creating an island paradise set in the middle of World War II, the Walnut welcomes back Robert Andrew Kovach as Set Designer (High Society, 9 To 5: The Musical,How to Succeed in Business Without Really Trying, Elf).  He is joined by Lighting Designer Paul Black (A Christmas Story, Mary Poppins, How to Succeed…, In the Heights), Costume Designer Mary Folino (Peter and the Starcatcher, A Christmas Story, The Mousetrap), and Sound Designer Ryan Peavey (A Christmas Carol).

SOUTH PACIFIC runs at the Walnut September 6 through October 23. Open captioning will be available for the Sunday, October 2nd, 7pm performance. This production is sponsored by PricewaterhouseCoopers. Media Sponsor is NBC 10 and Metro Philadelphia. For tickets and information, call 215-574-3550 or 800-982-2787. Tickets are also available online 24/7 by visiting www.WalnutStreetTheatre.org or Ticketmaster.