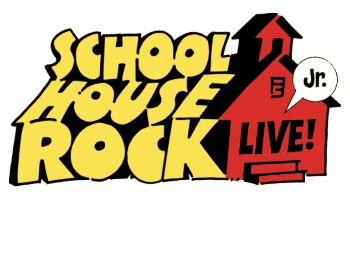 The Dutch Apple Dinner Theatre is kicking off their 2015 Children’s Theatre season with Schoolhouse Rock Live, based on the award winning 1970’s cartoon! Kids of all ages will enjoy singing along to the classic Saturday Morning learning songs from February 24th through March 20th.

Schoolhouse Rock Live follows Tom, a new school teacher who is nervous about his first day of teaching. He tries to relax by watching television when various characters representing facets of his personality emerge from the set and show him how to win his students over with imagination and music through such songs as “Just A Bill,” “Interplanet Janet” and “Conjunction Junction.” It’s a very fun musical that will have children laughing, singing, and learning (without them even knowing)!

Schoolhouse Rock Live will be at the Dutch Apple Dinner Theatre February 24th through March 20th, 2015. The ticket price is $17 for kids of all ages for meal and show with a special group discount for groups of 16 or more. A limited number of show-only seats are available for $15. Call 717-898-1900 to make a reservation or order your tickets online at DutchApple.com.