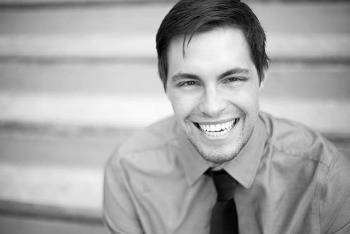 The Media Theatre's Broadway Series starts up again in September, but until then several professional actors who have appeared on its stage will headline the classic rock and roll musical The Who’s Tommy in July and August.

Pete Townshend's Tony winning musical about the deaf, blind, and mute boy who becomes a famous Pinball Wizard will not only highlight a dozen talented teen performers, it will put the spotlight on several of the area's professional actors who will bring their years of experience to the stage.

Garrison Carpenter, recently seen in The Media Theatre's popular Ghost: The Musical, will add his pop tenor to the role of Tommy. Carpenter received his master’s degree in opera performance from Florida State University. Recent roles include Tony in West Side Story and Sweeney Todd in Sweeney Todd: The Demon Barber of Fleet Street.

Adam Hoyak, who worked alongside Andrea McArdle in the critically acclaimed Hello Dolly, will play the role of Captain Walker. A Georgia native, Adam has worked regionally with The Eagle Theatre, 11th Hour Theatre Company, and Bristol Riverside Theatre, among others. Recent credits: New Rochelle Ensemble in Ragtime (Bristol Riverside)  Frank Abagnale Jr. in Catch Me If You Can and Gabe in  Next to Normal (The Eagle Theatre), Eddie Birdlace in Dogfight and Matthew in Altar Boyz (11th Hour), and Terpsicore in Xanadu (Mazeppa). He holds a BFA from the University of the Arts.

"These special guest actors will not only add a dimension of professionalism to the production, they will set quite an example for the young aspiring actors in the show," said Artistic Director Jesse Cline. "It's entertainment for the audience as well as a unique educational opportunity for the youth cast who truly have a passion for music theatre."

Roger Ricker, a Media Theatre veteran who has appeared in over 85 productions including Annie, Jesus Christ Superstar, and Hairspray will portray Uncle Ernie. He is currently the evil Jafar in Aladdin Jr.

The classic rock and roll musical The Who's Tommy is at The Media Theatre July 9 through August 10 with performances on Fridays at 7pm; Saturdays at 2pm and 7pm; and Sundays at 3pm each weekend.

The complete cast is:

Photo: Garrison Carpenter, who plays the role of Tommy; courtesy of Media Theatre