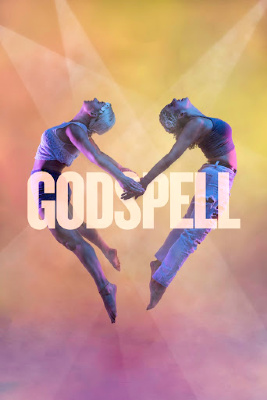 Lancaster’s home for fresh theatrical experiences is bringing new life to a classic musical. Godspell, a vibrant and joyful show, loosely follows the parables of Jesus with humor and playful storytelling. Instead of a religious or historic focus, the musical centers on the building of a community out of an eclectic group of people.

Godspell was an important early career success for veteran Prima guest artist and three-time Grammy winner, Stephen Schwartz (Wicked, Pippin, Children of Eden). Led by the international hit, "Day by Day," Godspell features a parade of beloved songs, including “All Good Gifts" and "By My Side.” The show began as book writer John-Michael Tebelak’s thesis project at Carnegie Mellon University in 1970. It reached o?-Broadway in 1971 and was made into a major motion picture in 1973 starring Victor Garber. In 2012, a Broadway revival showcased contemporary references and new musical arrangements, in which Prima’s production is based.

Godspell o?ers seating in-the-round, with audience on all four sides of the stage space. “This production is being placed in a dystopian environment amidst an immersive seating arrangement” says Prima’s Executive Artistic Producer, Mitch Nugent. “Mix that with this memorable music, an awesome cast, and the joy that is at the essence of Godspell…it is going to be an unforgettable experience.”

Prima released this statement, addressing the casting of a woman as Jesus:

Godspell loosely follows the parables of Jesus, but it was never intended to be a historical work. The musical is focused on the power of community, brought to life by the unearthly love of a charismatic leader. Our intention with casting is always to ?nd the best person to embody the character and speak to today’s audience. We strongly believe that a woman of color as Jesus o?ers the unique opportunity, not to distract from the narrative, but rather to communicate the strength, joy, and nurturing love that the role calls for in a deep and meaningful way.

Art at its best awakens the spirit, creates meaningful conversation, and o?ers engaging revelations about the human experience. With this in mind, it is in Prima’s core values to o?er fresh and engaging work. With Godspell, as in all our events, our goal is that patrons experience an invigorating theatrical experience.