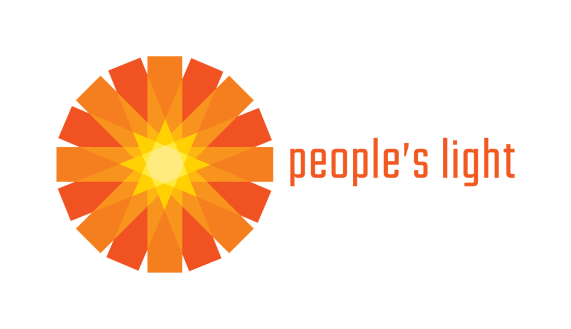 (Malvern, PA) – The 2017-2018 Season at People’s Light features iconic and intimate stories of heroism and hope, rebellion and romance.

“More than ever we need to laugh together, rage together, and sing together.” says Producing Director Zak Berkman. “When the lights shift in the theatre, we need to experience a rush of possibility, the feeling that we are alive in a bigger way.

“The eight productions in our 43rd season seek to surprise our senses and nourish our souls. They come from writers of very different backgrounds and experiences, and they share an impulse to elevate our understanding of the complex human heart with compassion, humor, and song.”

The season opens with the world premiere of Lights Out, an ambitious theatrical exploration of Nat “King” Cole’s inner turmoil, co-authored by Fear the Walking Dead star Colman Domingo and Patricia McGregor. Other highlights include The Diary of Anne Frank with a multi-racial cast; the Philadelphia premiere of Dominique Morisseau’s Skeleton Crew; Carla Belver and an all-star, veteran cast in Paul Osborn’s Morning’s at Seven; and Romeo & Juliet: A Requiem, a six-actor version of Shakespeare’s play inspired by the parental malpractice of the Capulets and Montagues.

The season also includes three high-energy music theatre experiences in addition to Lights Out: the revival of our acclaimed holiday romp, Aladdin: A Musical Panto; Jennifer Childs’ rock-n-roll solo tour de force I Will Not Go Gently; and Mark Twain’s River Of Song, a brand-new collaboration between Randal Myler and Dan Wheetman that features the return of beloved troubadour David Lutken.

“We hope audiences come often and come early,” says Berkman, “So there’s time to enjoy our historic grounds, check out our newly-renovated Farmhouse, grab a bite at our Bistro or a cocktail at concessions, take in our interactive lobby displays, and, most of all, enjoy one another in this warm, welcoming country setting.”

When his groundbreaking NBC variety show failed to attract a national sponsor, Nat “King” Cole famously declared that, “Madison Avenue is afraid of the dark.” In a theatrical exploration into the soul of an American icon, Colman Domingo and Patricia McGregor imagine Nat as he faces his final Christmastime broadcast, and weighs the advice of his friend Sammy Davis Jr. to “go out with a bang.” This world premiere, replete with hits and holiday standards like “Nature Boy,” “It’s A Good Day,” “Unforgettable,” and “Joy to the World,” also features appearances by Eartha Kitt and Peggy Lee.

Lights Out: Nat “King” Cole has been supported by The Pew Center for Arts & Heritage.

Your favorite holiday tradition! When the young ne’er-do-well Aladdin and his animal pals find a mysterious lamp, the hilarious adventure begins. Cheer our heroes as they rescue Princess Mai Tai, fly a magic carpet, and plot with the beloved Dame, Widow Twinkey, to save their village of Paolistein from the clutches of the evil villain Fu. This rollicking musical romp “beats a sugar rush any day” (The Philadelphia Inquirer).

Surprise yourself with the bittersweet charm of this classic American comedy that celebrates the triumphs and trials of everyday life. In a small Midwestern town, four close-knit sisters and their husbands confront long-held secrets and simmering tensions as they seek fulfillment in their senior years. Carla Belver, Alda Cortese, Janis Dardaris, and Marcia Saunders lead a stellar cast in this timeless tribute to family dysfunction where “the relationships are ultimately as universal as the humor” (Los Angeles Times).

Amsterdam, 1942. In a cramped, secret annex, eight Jews attempt to evade Nazi deportation. One of them, a teenage girl with a vibrant spirit and a gift for writing, chronicles their harrowing experiences in her diary. Wendy Kesselman’s adaptation captures the immediacy of Anne Frank’s voice and the courage and terror of life in hiding from Hitler’s genocide of the Jews. Our production, featuring a multi-racial cast, honors this “undeniably moving” (The New York Times) story as it speaks to today’s increasingly nationalistic world.

I Will Not Go Gently
March 21-April 15, 2018
Written and Performed by Jennifer Childs

Original Music by Jennifer Childs and Christopher Colucci
Directed by Harriet Power
Steinbright Stage
A faded rock-n-roller reclaims the spotlight in this award-winning, one-woman show from Philadelphia’s Queen of Comedy.  With original songs by Jennifer Childs and Christopher Colucci, this outrageous tour de force introduces a cadre of colorful characters, like music maven Sierra Mist, who straddles the gap between past and future—deadly sincere, impossibly hopeful, and ready to rock. I Will Not Go Gently was originally produced at 1812 Productions.

Romeo and Juliet didn't have to die. In this inventive and intimate six-actor version of Shakespeare’s play, the traumatized parents, Friar, and Nurse relive the passion, bravery, and recklessness of their star-crossed children. Conceived by People's Light Resident Director Samantha Reading (Richard III) and Producing Director Zak Berkman (The Harassment of Iris Malloy), this classic tale of balconies and battlegrounds becomes a vibrant act of truth and reconciliation.

A group of autoworkers confront the eroding manufacturing industry in this wildly successful Off-Broadway hit by People’s Light New Play Frontiers writer, Dominique Morisseau (who also currently writes for Showtime’s Shameless). In this powerful story of love and loyalty, the firm, compassionate Faye, only months away from retiring with her full pension, discovers she must choose between self-preservation and allegiance to her coworkers. Funny, incisive, and “deeply American” (The New York Times), this is a play “theatergoers won’t want to miss” (Huffington Post).

David Lutken (Woody Sez: The Life & Music of Woody Guthrie, Ring of Fire: The Music of Johnny Cash, The Road: My Life with John Denver) returns to People’s Light to perform River of Song, an exploration of the music and culture of America’s first superhighway, the Mississippi River. From the iron-red waters of Minnesota to the deep, dark Southern Delta, the river carries the stories and songs of the American people. Ride on the Mississippi, guided by the voices of the men and women who lived and worked on the river, and the insights of the Mississippi’s most famous traveler, Mark Twain. Performed by three world-class musicians, River of Song journeys through America’s heartland via traditional songs like “Dance Boatmen Dance,” “Sometimes I Feel Like a Motherless Child,” and “Deep River Blues.”

SUBSCRIPTION & TICKET INFORMATION
8-play Series Subscriptions to the 2017-2018 season are available at a significant savings of up to 25% off single ticket prices. 8-Play Series prices range from $192-$304.

People’s Light offers Community Nights at $29, Access Nights at a 50% discount, and Student Rush tickets for $5.

In its 43rd season, People’s Light, a professional, not-for-profit theatre in Chester County, Pennsylvania, makes plays drawn from many sources to entertain, inspire, and engage our community.  We extend our mission of making and experiencing theatre through arts education programs that excite curiosity about, and deepen understanding of, the world around us. These plays and programs bring people together and provide opportunities for reflection, discovery, and celebration.  Founded in 1974, we produce seven to nine plays each season, in two black box theatres with 340 and 160 seats respectively, mixing world premieres, contemporary plays, and fresh approaches to classic texts in an  8-Play Series.