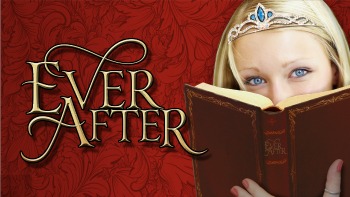 Millburn, NJ) Paper Mill Playhouse (Mark S. Hoebee-Producing Artistic Director, Todd Schmidt-Managing Director) is proud to announce complete casting for the world-premiere musical Ever After, directed and choreographed by three-time Tony Award® winner Kathleen Marshall (Anything Goes, Nice Work If You Can Get It), featuring a book and lyrics by Marcy Heisler and music by Zina Goldrich.

Paper Mill Playhouse presents the world premiere of a new musical based on the 1998 film starring Drew Barrymore and Anjelica Huston.  This is no fairy tale.  Ever After sets the record straight on the fable of Cinderella. Her name was Danielle and it was always about her wit, her smarts, her strength and her good friend Leonardo da Vinci.  She makes her own dreams come true. Warm and romantic, funny and smart, this is the musical you’ve been waiting for.

Ever After is sponsored by J.P. Morgan. Paper Mill Playhouse's 2014-2015 Season is proudly sponsored by Investors Bank.

One of her first jobs was as an understudy in the Broadway musical On the Twentieth Century, followed by her turn as Ado Annie in Oklahoma! From there it was on to Ryan’s Hope, One Life to Live and Saturday Night Live before landing the high-profile role of Guinevere opposite Richard Burton in Camelot.

Ms. Ebersole then shifted her focus from stage to screen and soon headed to Hollywood, appearing in many hit movies, including Amadeus, Tootsie and Richie Rich. She added an extensive list of television credits as well, including The Cavanaughs, Valerie and the title role in Rachel Gunn, R.N.

Her ensuing New York stage performances include her Tony Award®-winning performance as Dorothy Brock in the smash hit revival of 42nd Street, Steel Magnolias, The Best Man, and Dinner at Eight, for which she received both Tony and Outer Critics Circle nominations.

Ms. Ebersole received virtually every Off-Broadway award and her second Tony Award® for Leading Actress in a Musical for her dual role as Edith Bouvier Beale and “Little Edie” Beale in Grey Gardens. Acclaimed by critics and audiences alike, the show was nominated for ten Tony Awards, including Best Musical, and its CD was nominated for a Grammy Award.

Ms. Ebersole’s career continued to arc with her starring role in Blithe Spirit on Broadway with Angela Lansbury and her many guest appearances on innumerable popular television series, including her recurring role as Ms. “New Parts” Newberg in the hit cable show Royal Pains. Ms. Ebersole continues to appear in numerous concert halls and cabaret venues throughout the country, including performances in City Center Encores!, at Carnegie Hall, Tanglewood, the Kennedy Center, Boston Symphony Hall, Feinstein’s and Café Carlyle.

Margo Seibert (Danielle de Barbarac) is, according to USA Today, “a Broadway newcomer with a delicately compelling presence and a throbbing, textured singing voice that lets us hear the character coming out of her shell.”  Last season, she made her debut on the Great White Way singing the music of Ahrens & Flaherty as Adrian in Rocky, as well as giving a tour-de-force (and Drama Desk-nominated) performance in the original musical Tamar of the River.  Across the board, she has been recognized for her depth of character and nuanced vocal performance.

Charl Brown (Captain Laurent) received a 2013 Tony Award® nomination for best performance by a featured actor in a musical for his performance as Smokey Robinson in Motown. Brown was also seen in the Broadway companies of Jersey Boys and Sister Act.

Mara Davi (Marguerite de Ghent) appeared in the Broadway productions of The Drowsy Chaperone, A Chorus Line and Irving Berlin’s White Christmas. In addition to playing Dana on The Good Wife, Ms. Davi had recurring roles on Smash and Blue Bloods.

Annie Funke (Jacqueline de Ghent) was seen on Broadway in Hairspray and off-Broadway in Silence! The Musical. Ms. Funke has worked at regional theaters around the country including The Kennedy Center, Lyric Theatre of Oklahoma, Stages St. Louis and Music Theatre Wichita.

Julie Halston (Queen Marie) was recently seen on Broadway in You Can’t Take It With You. Ms. Halston’s other Broadway credits include Anything Goes, Hairspray, Twentieth Century, Gypsy, The Women and The Man Who Came to Dinner. Ms. Halston was a guest star on Law & Order and had recurring roles on Sex and the City and All My Children.

Andrew Keenan-Bolger (Gustave) returns to Paper Mill Playhouse, where he previously appeared as Crutchie in Newsies. Mr. Keenan-Bolger’s Broadway credits include Newsies, Mary Poppins, Seussical, Beauty and the Beast and A Christmas Carol. As a filmmaker, Andrew is co-creator of the web series Submissions Only, now in its third season.

Charles Shaughnessy (King Francis) was seen on Broadway in Urinetown. Mr. Shaughnessy starred in the successful CBS show The Nanny opposite Fran Drescher for six years. Mr. Shaughnessy’s other television credits include Castle, Days of Our Lives, CSI: NY, Mad Men, Law & Order, Hot in Cleveland and more. He appeared in the feature film Denial with Jason Alexander and Patrick Dempsey, Second Chances, The Painting, and Kids in America as well as several TV Movies.

Tony Sheldon (Leonardo da Vinci) was nominated for a Tony Award® and won the 2011 Theatre World award for his performance as Bernadette in Priscilla Queen of the Desert. He also played the role in Australia, New Zealand, England and Canada. Mr. Sheldon has appeared in many Australian productions including Dirty Rotten Scoundrels, The Producers, Into the Woods, The Glass Menagerie and more.

Zina Goldrich (Composer), along with lyricist Marcy Heisler, is the 2009 winner of the Fred Ebb Award for Musical Theatre Songwriting. Last season, Ms. Goldrich earned a Drama Desk Nomination for Best Music for her work on the DR2 Theatre production of Dear Edwina.  She also composed the score for Junie B. Jones, which completed three successful off-Broadway runs for Theatreworks USA and was twice nominated for the Lucille Lortel Award. Other scores include Allison Under the Stars and Adventures in Love. She has composed for Johnny and the Sprites and Pooh’s Learning Adventures, and she was a staff songwriter for Walt Disney Feature Animation. Ms. Goldrich studied under Jerry Goldsmith in the USC Scoring for Motion Picture and Television program. She is the recipient of ASCAP’s Richard Rodgers New Horizons Award, the Seldes-Kanin Fellowship, a Jonathan Larson grant and numerous scholarships. On Broadway she played keyboards for Avenue Q, Bombay Dreams, Oklahoma and Titanic, where she also conducted. Currently, Zina Goldrich is scoring episodes of Wonderpets for Nickelodeon and Third and Bird for the BBC.

Marcy Heisler (Book and Lyrics) is co-recipient, with composer Zina Goldrich, of the 2009 Fred Ebb Award for Musical Theatre Songwriting.  She earned a 2009 Drama Desk nomination for Outstanding Lyrics for Dear Edwina and a Lucille Lortel Award nomination for Junie B. Jones, Other collaborations with Zina Goldrich include Adventures in Love, Allison Under the Stars, and The Marcy and Zina Show, which tours throughout the U.S. and Canada.  As a lyricist, Ms. Heisler has contributed songs for many Disney projects, including Johnny and the Sprites, Pooh’s Learning Adventures, and The D Show. As an adaptor, she wrote new versions of 101 Dalmatians, Cinderella, Sleeping Beauty and The Jungle Book for Disney Theatricals, and she collaborated with composer Michael Picton on songs for Ringling Bros. & Barnum and Bailey Circus 137th Edition. Ms. Heisler has collaborated with composer Zina Goldrich since 1993, and they are past recipients of ASCAP's Richard Rodgers New Horizons Award and the Seldes-Kanin Fellowship.

Ms. Marshall is an Artistic Associate of City Center Encores!, where she was the Artistic Director for four seasons.  For Encores!, she directed and choreographed I’m Getting My Act Together . . . , Bells Are Ringing, Applause, 70 Girls 70, House of Flowers, Carnival, Hair, Wonderful Town and Babes in Arms.

She recently directed Joe DiPietro’s Living on Love at the Williamstown Theatre Festival starring Renée Fleming, which is opening on Broadway this spring. Ms. Marshall is an Associate Artist of the Roundabout Theatre Company.

Rick Sordelet (Fight Director) has worked on more than 40 Broadway productions, including Disney’s The Lion King, Beauty and the Beast, Tarzan, The Little Mermaid, and Aida. He has staged the fights for the opera Cyrano de Bergerac starring Placido Domingo at the Metropolitan Opera, The Royal Opera House, and the LaScala in Milan, Italy.

Derek McLane (Scenic Design) has designed sets for many Broadway shows including Beautiful, Nice Work If You Can Get It, Follies, Anything Goes, The Pajama Game and more. Mr. McLane won the 2009 Tony Award® for best scenic design of a play for 33 Variations.

Jess Goldstein (Costume Design) returns to Paper Mill Playhouse after designing costumes for Newsies and Seven Brides for Seven Brothers. Mr. Goldstein won the 2005 Tony Award for best costume design of a play for his work on The Rivals. On Broadway Mr. Goldstein has also designed costumes for On the Town, Newsies, Jersey Boys, Glengarry Glen Ross and more.

Peter Kaczorowski (Lighting Design) won the 2001 Tony Award for best lighting design for his work on The Producers. Mr. Kaczorowski served as lighting designer for many Broadway shows including Love Letters, Beautiful, Anything Goes, Young Frankenstein and more.

Nevin Steinberg (Sound Design) received a 2013 Tony Award nomination for his sound design of Rodgers & Hammerstein’s Cinderella. Mr. Steinberg’s other Broadway credits include It Shoulda Been You, Mothers and Sons, Hair, Ragtime, Legally Blonde and more.

Telsey + Company (Casting) is an award-winning organization of casting professionals in New York City with local, regional, national and international clientele including Broadway and touring companies of If/Then, The King and I, Motown, Kinky Boots, Finding Neverland, Honeymoon in Vegas, Rock of Ages and Wicked. The lead casting director on this project is Craig Burns, CSA.

Free Audience Enrichment Activities for Ever After

Enjoy coffee on us as Director Kathleen Marshall discusses Ever After.

Meet the cast and ask actors questions about the show or the role they are portraying.

Paper Mill Playhouse, a leader in accessibility, will offer audio-described performances for Ever After on Sunday, June 14, 2015, at 1:30 pm and Saturday, June 20, 2015, at 1:30 pm.  Prior to these performances at noon, the theater will offer free sensory seminars. Sensory seminars offer an opportunity for patrons with vision loss to hear a live, in-depth description of the production elements of the show and hands-on interaction with key sets, props, and costumes.  There will be a sign-interpreted and open-captioned performance on Sunday, June 21, 2015, at 7:00 pm.

PAPER MILL PLAYHOUSE, a not-for-profit arts organization, is one of the country's leading regional theaters.  Paper Mill Playhouse programs are made possible, in part, by funds from the New Jersey State Council on the Arts/Department of State, A Partner Agency of the National Endowment for the Arts.  Paper Mill Playhouse is a member of the National Alliance for Musical Theatre, the Council of Stock Theatres, and the New Jersey Theatre Alliance.