Media Theatre Announces Cast of TO KILL A MOCKINGBIRD 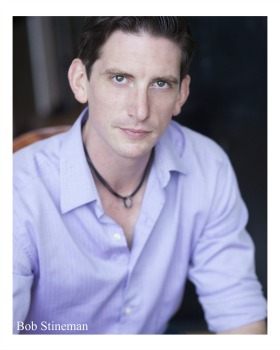 The Media Theatre has the Philadelphia/ Wilmington region's only professional production of the classic play To Kill a Mockingbird starting January 27. Advance sales and buzz surrounding the production are so strong that the theatre is extending it by one week. To Kill a Mockingbird will now close on February 21, rather than the previously announced closing date.

Jesse Cline directs the show. Cline has been the recipient of Broadway World Award honors for his critically acclaimed productions of The Diary of Anne Frank and The Miracle Worker. The Media Theatre adds a classic play to its season of musicals each year to assist with educating audiences and to highlight appreciation of masterpiece titles.

To Kill a Mockingbird has been front and center in cultural news during 2015, as Harper Lee's sequel to her famed novel was released. The story focuses on attorney Atticus Finch as he defends an African American male falsely accused of a crime. The play centers on his children, Scout and Jem, and how they are affected by the trial during the Depression era in Alabama.

With themes relevant to the modern era, To Kill a Mockingbird is a striking reminder that although things change they often remain the same.

Philadelphia-based actor Robert Stineman will play the role of Atticus Finch. His local credits include Soldier Bear, Traveling Light, Travesties, and Bachelorette. His New York credits include This Is Not About 9/11. He's been seen on stage at InterAct Theatre Company, Philadelphia Theatre Company, Candlelight Dinner Theatre, and with Philly Fringe Festival. He holds a BFA from University of the Arts.

Talented young students from The Media Theatre's New School and Acting Classes will share the roles of Scout, Jem, and Dill. Lexi Gwynn returns following her award-nominated performance in last season's The Miracle Worker as Scout, a role she shares with Jolie Jaffe who was seen recently in Les Miserables and Billy Elliot. Brayden Orpello-McCoy and Ben Pedersen share the role of Jem, while Dill is played by Tim Woodward Jr. and Jacob Shapiro.

For tickets to The Media Theatre's production of To Kill a Mockingbird which runs Jan. 27 to Feb. 21 call 610-891-0100 or visit mediatheatre.org