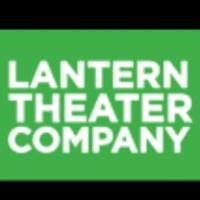 Lantern Theater Company announces its 2015-2016 season comprised of two Philadelphia premieres bookending the season, a world premiere at the centerpiece of the year, a remounting of a Barrymore Award-winning production, and the annual Shakespeare production.   The season features Photograph 51 by Anna Ziegler, Underneath the Lintel (An Impressive Presentation of Lovely Evidences) by Glen Berger, Oscar Wilde: From the Depths by Charles McMahon, William Shakespeare’s As You Like It and 36 Views by Naomi Iizuka.

“This season we had record-breaking subscription and single ticket increases, with both critical and popular acclaim for our shows.  We are very excited to continue our tradition of presenting classic, modern and original works that authentically and intimately explore the human spirit with a world premiere and two Philadelphia premieres, both of which are by up-and-coming female playwrights,” said the Lantern’s Artistic Director Charles McMahon.

Lantern Theater Company is located at St. Stephen’s Theater at 10th and Ludlow Streets in Center City Philadelphia.  More information is available at lanterntheater.org or 215-829-0395.  5-play Subscriptions and Flex Packages are available starting at $90; single tickets go on sale on August 17.

A Philadelphia premiere by Anna Ziegler

London, 1953. The race is on among the world’s leading scientists to unlock the secret of life itself: the DNA molecule.  The promise of wealth and lasting fame drives the break-neck pace of the research. Then Rosalind Franklin, the one woman in this crowded field of male scientists, makes a break-through. In an environment of desperate ambition, with its shifting rivalries, alliances and betrayals, Rosalind Franklin has the talent and grit to win it all – if she can get in the game.

A mystery begins with the return of an overdue book to the Hoofddorp Public Library - 113 years too late!   A librarian’s quest to solve the mystery takes him across the globe and brings him face to face with a solitary figure from Jewish antiquity, a man whose life is a triumphant example of human resilience and fortitude.

In this new production of the Lantern's 2003 gem, Peter DeLaurier recreates his Barrymore Award-winning role of The Librarian which The Philadelphia Inquirer called a "masterly performance."

OSCAR WILDE: From the Depths

A World Premiere by Charles McMahon

Directed by M. Craig Getting

This new play pries open the imagination of Oscar Wilde, the most original and artistic mind of his generation.  At the height of his literary success and incandescent celebrity he is brought to sudden and catastrophic ruin. Now, desolate and alone in his cell at Reading Gaol, he struggles to overcome the darkness that threatens to engulf him. Conjuring up a cast of characters from his memory, he revisits the stories from his meteoric career and unconventional personal life in search of transformation and salvation.

Oppressed and exiled from Court under threat of death, Rosalind, Shakespeare’s most charismatic and irresistible heroine, escapes with her cousin into the wild and unpredictable Forest of Arden. Disguised as a boy, she is able to create a world of her own, reveling in her newfound independence.  But chance encounters with the love-struck Orlando complicate this new life.  Winding through the enchanting thickets of the forest, Shakespeare creates a wondrous comedy that celebrates redemption, family, and the liberating power of love.

A Philadelphia premiere by Naomi Iizuka

A rare and valuable work of art falls into the hands of ambitious art dealer Darius Wheeler.  Passion and turmoil overflow from the pages of this ancient Japanese pillow book, changing the lives of Wheeler and his colleague, the enigmatic East Asian art specialist Setsuko Hearn. The mystery unfolds in a series of 36 scenes that expertly weave Eastern artistic traditions and Western theatrical conventions.

36 Views constantly changes its point of view, revealing surprising perspectives on the worlds of art, commerce, and desire.

Founded in 1994, Lantern Theater Company is committed to an authentic and intimate exploration of the human spirit in its choice of classics, modern, and original works.  The Lantern seeks to be a vibrant, contributing member of its community, exposing audiences to great theater, inviting participation in dialogue and discussion, educating audience members about artistic and social issues, and employing theatrical language and techniques to enrich learning in the classroom.  The Lantern has received 82 Barrymore Award nominations, winning 15 times including the 2009 Barrymore Award for Excellence in Theatre Education and Community Service for its innovative education program, Illumination.  Lantern Theater Company has been in residence at St. Stephen’s Theater at 10th & Ludlow Streets in Center City Philadelphia since 1996, managing the performance space and developing it into an affordable multi-purpose performing arts venue.  For more information, please visit lanterntheater.org.