I AM MY OWN WIFE Begins Performances at Fulton Theatre April 2, 2019 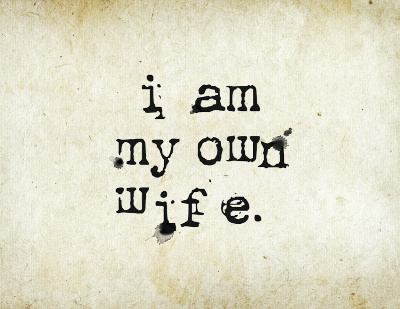 (Lancaster, PA) – The nationally regarded Fulton Theatre is proud to present the captivating tale of surviving in plain sight, I Am My Own Wife, in the Tell Studio Theatre April 4 through April 28, with Previews April 2 and 3. Star Kevin Loreque takes on this one-man show and portrays over 30 characters.

Doug Wright’s I Am My Own Wife is a captivating tale based on real-life interview records with Berlin’s most famous transgender woman. This drama explores the trials and tribulations pressed upon Charlotte Von Mahlsdorf, who against all odds survived two of Berlin’s most oppressive regimes by hiding in plain sight. I Am My Own Wife is an in-depth exposé into the mind of someone trying to survive.

I Am My Own Wife, with a book by Doug Wright, was a play ahead of its time, arriving on Broadway in 2003, a year after the death of the real Charlotte von Mahlsdorf and more than a decade before transgender rights would begin to make progress in the U.S. The play won the Tony Award® in 2004 and the Pulitzer Prize® for Drama.

Fulton’s production stars Kevin Loreque who is returning to I Am My Own Wife after eleven years, having performed the play in Vermont, Sanibel Island, Edinburgh, Scotland and Harare, Zimbabwe. He was recently seen in The Post, directed by Steven Spielberg, along with TV roles on The Blacklist: Redemption, Boardwalk Empire opposite Steve Buscemi, Daredevil, Elementary and Person of Interest. Broadway tours include Rum Tum Tugger in CATS and Papa Who in How the Grinch Stole Christmas.

I Am My Own Wife runs April 2 through April 28, 2019. For more information visit the Fulton’s website at www.thefulton.org.