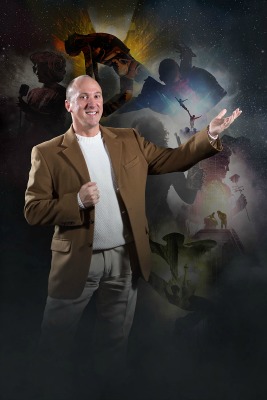 (Lancaster, PA) – The Fulton Theatre continues to experience unprecedented growth. Under the leadership and guidance of Artistic Director Marc Robin and Managing Director Aaron Young, the theatre’s audience has increased from 60,000 to well over 130,000 and box office revenue has increased by 300%. The future is brighter than ever for the Lancaster and National treasure, as the Fulton makes plans for future expansion. Part of the expansion includes a reorganization of the Fulton administrative structure, redefining responsibilities throughout the organization. The role of Managing Director has been eliminated and will be replaced by a more focused financial position. The Fulton’s Artistic Director, Marc Robin, has been promoted to Executive Artistic Producer and will lead the Fulton through its next phase of growth.

The 2015/2016 season for the Fulton Theatre was another year of successes, the holiday extravaganza, Elf, brought in nearly 25,000 patrons alone, Addams Family and Sister Act were the most successful shows in their respective timeslots in the history of the organization, and the Fulton’s exclusive chamber premiere of Ghost catapulted the theatre into the national spotlight. Disney Theatrical Productions referred to the Fulton as a nationally-regarded regional theatre when it was announced that the Fulton was one of the first theatres in the country to receive the rights to produce Disney’s Newsies.

The chamber version of Ghost: The Musical was not just another outstanding original production at the Fulton, but showed the ability of the Theatre to launch new work on a national level. It began as a workshop in 2015 in the Fulton’s 4th floor studio space and Executive Artistic Producer, Marc Robin continued to collaborate with Academy Award® winner Bruce Joel Rubin, Grammy Award winners, Dave Stewart and Glenn Ballard, along with Theatrical Rights Worldwide to reimagine the Broadway version of Ghost and create a chamber version focusing on the central characters and original story. The red carpet opening of Ghost brought these award winners and many other theatre dignitaries to the Fulton, which allowed them to experience the Lancaster community. It was recently announced that this new chamber version will soon begin an international tour, with credits given to the Fulton Theatre at each production. The chamber version is also fully licensable to be produced throughout the US and internationally through Theatrical Rights Worldwide.

The Tell Studio Theatre at the Fulton

As a kick off to our new season, the Fulton Theatre is excited to announce the naming of its 4th floor studio theatre, The Tell Studio Theatre at the Fulton. This intimate 99-seat theatre was introduced during the 2014 season with the staged reading of 4000 Days (which will receive its US Premiere in a fully staged production in the 2016/2017 subscription season). In two short years, this versatile space has become an incubator for new works, including the original workshop for the chamber version of Ghost: The Musical, and thought-provoking plays. The 2016/2017 season will consist of Veronica’s Room, Disgraced and 4000 Days. The success and advancement of this space and series, known as The Ellen Arnold Groff Studio Series, has received the attention of many in the community including Mr. Patrick Tell.

A community leader and long-time Fulton Theatre trustee, Mr. Tell has made a generous donation to ensure this vital programming is offered to the community for many years to come. The Tell Studio Theatre at the Fulton will house the Ellen Arnold Groff Studio Series among many other planned projects to be announced at a later date. The Fulton’s Executive Artistic Producer, Marc Robin stated, “Patrick Tell’s gift will open doors to many exciting future possibilities. The Tell Studio Theatre is instrumental in future expansion plans for the Fulton and we are so grateful to be able to attach his name to this amazing space as we secure the Fulton Theatre’s place in the future of Lancaster and the national arts scene.”

As the Fulton looks towards the launching of the monumental 2016/2017 season, which opens with Billy Elliot on September 20th, the theatre has already surpassed the historical subscription record, with months of sales still ahead. This ever-growing subscription base is another testament of the growth of the organization and the faith that the audience has in the Fulton to produce Broadway quality on a consistent basis. The Fulton continues to attract loyal Lancaster residents, but its reach also continues to grow with subscribers and single ticket buyers choosing the Fulton as their theatre destination from across Pennsylvania and Delaware, Maryland, Virginia, New Jersey, New York and even as far as South Carolina.

The 2016/2017 Season will also welcome two New York based directors, including Adam Pelty for Billy Elliot: The Musical and Bob Cline for In the Heights, who will also be joined by choreographer Mark Stuart. The Fulton will continue to engage the audience and community by offering a lobby talkback with the casts after each first Friday performance of each production of the mainstage season. The theatre will expand on its music offerings by welcoming live music in the lobby on Friday and Saturday evenings. Due to the increasing demand for our productions, the Fulton will expand its performance calendar by two weeks, increasing the foot traffic and impact on downtown businesses. Education will remain as a focal point in the mission of the Fulton Theatre, bringing students to the arts through class offerings for ages 3 – 17 and community outreach programs, connecting with thousands per year.

As part of the Fulton Theatre’s long-term growth, buildings have been purchased on Prince Street and King Street, that will offer room for expansion, including 31 actor apartments, a new rehearsal facility and additional common areas for audiences. Refurbishing of these buildings has begun with a generous gift by The S. Dale High Family Foundation.

The Fulton Theatre receives many inquiries to make the historic Fulton Opera House part of their life moments or special events, and now they can. The Fulton is proud to announce that we will make this national jewel available to the public for rental opportunities during scheduled “opened” periods; for weddings, banquets, corporate meetings and other events and gatherings. More information will be included on the Fulton’s website at www.thefulton.org soon.

The future is bright and the arts are alive and well at the Fulton Theatre. We look forward to sharing more detailed information about the new and exciting programs and offerings as they happen.

Today, under the leadership of Executive Artistic Producer Marc Robin, the Fulton Theatre produces a mix of comedies, dramas and musicals, employing the talents of professional directors, designers, playwrights and actors from the local community, New York and across the country. The Fulton also offers acting classes for children, teens and adults as well as numerous outreach programs for youth across the region.