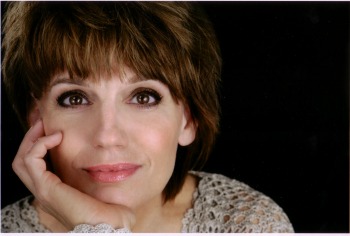 Annie, the world’s best-loved family musical returns to Paper Mill Playhouse just in time for the holidays. Little Orphan Annie is taken from her orphanage, and the clutches of cruel Miss Hannigan, to stay at billionaire Oliver Warbucks' mansion for the holidays. When Annie wins the hearts of Warbucks and his staff, they set out on an epic mission to find Annie’s parents.  Winner of the Best Musical Tony Award, Annie includes such unforgettable songs as “It’s the Hard-Knock Life,” “Easy Street,” “A New Deal for Christmas,” plus the eternal anthem of optimism, “Tomorrow.”

The Annie orphans will include Gabby Beredo as Pepper, Tessa Noelle Frascogna as Molly, Michelle Henderson as Duffy, Eve Johnson as Tessie, Lauren Sun as July, and Sloane Wolfe as Kate.

Tickets are on sale now starting at $34. Tickets may be purchased by calling 973.376.4343, at the Paper Mill Playhouse Box Office at 22 Brookside Drive in Millburn, or online at www.PaperMill.org. Visa, MasterCard, Discover, and American Express accepted. Groups of 10 or more can receive up to a 40% discount on tickets and should call 973.315.1680. Students may order $23 rush tickets over the phone or in person at the Paper Mill Playhouse box office on the day of the performance. Paper Mill Playhouse's 2017/2018 season is proudly sponsored by Investors Bank.

Subscribe & Save:  4-show, and 3-show packages are available with outstanding benefits, including significant savings. To subscribe, call 973.379.3717, visit PaperMill.org or come to the Paper Mill Box Office.

Paper Mill Playhouse will offer a special autism-friendly performance of Annie on Wednesday, December 27, at 1:30pm. This performance is designed specifically for children on the autism spectrum and or with other developmental disabilities and their families, and is planned in cooperation with Paper Mill Playhouse’s Autism Advisory Team. The theater environment will be altered for this performance, providing a sensory-friendly, comfortable and judgment-free space that is welcoming to all families. The performance itself will be adjusted with special attention paid to lighting and sound.  Major funding for autism-friendly programs is provided by the National Endowment for the Arts. Additional support provided by C.R. Bard Foundation, The Karma Foundation, MetLife Foundation, Nordstrom, PSEG Foundation, and Summit Area Public Foundation. For more information on Paper Mill Playhouse’s programs for people with autism and other developmental disabilities visit www.PaperMill.org/autism.

Cooper Grodin (Rooster Hannigan) is thrilled to return to Paper Mill, where he was seen opening the new production of Les Misérables! Credits: title role in the new national tour of The Phantom of the Opera, title role in the first Asian tour of Zorro, Into the Woods at Shakespeare in the Park, Evita at Vancouver Opera, Atlantic Theater Company’s reading of The Band’s Visit directed by Hal Prince, Drama Desk–nominated revival of The Golden Land. Cooper will be seen in the upcoming ABC series Deception. Original pop album It’s the Little Things available on iTunes.

Cassidy Pry (Annie) is from New Jersey and is extremely grateful to be performing at Paper Mill in her dream role! Favorite shows include Seussical Jr. (Gertrude McFuzz); workshops inspired by Into the Woods (Witch), Matilda (Matilda), and Little Shop of Horrors (Urchin); the Broadway Workshop Revue; and the Shawnee Playhouse kids’ cabarets. Member of the 2016 and 2017 NJ All State Elementary Honors Choirs and selected for the 2018 All East Elementary Honor Choir.

Mark S. Hoebee (Director) joined the artistic team at Paper Mill Playhouse in 2000. Under his leadership, Paper Mill was presented with the 2016 Regional Theatre Tony Award; launched the American premiere of the 25th Anniversary Production of Les Misérables in 2010, working alongside Cameron Mackintosh; and was home to the world premieres of Newsies in 2011, in partnership with Disney Theatrical Productions, Honeymoon in Vegas in 2013, Ever After and Bandstand in 2015, and A Bronx Tale in 2016. Paper Mill also hosted the American premieres of Alan Menken and Stephen Schwartz’s The Hunchback of Notre Dame and The Bodyguard starring Deborah Cox, launching the national tour. On Broadway, Mark directed the Actors Fund benefit of The Best Little Whorehouse in Texas starring Jennifer Hudson. He has directed national tours of Victor/Victoria starring Toni Tennille, Dreamgirls, Company, and An Evening of Lerner and Loewe starring Diahann Carroll. His directing credits at Paper Mill include West Side Story; Mary Poppins; Dreamgirls; Hello, Dolly! starring Tovah Feldshuh; Harold and Maude: The Musical with Estelle Parsons; The Will Rogers Follies starring John Davidson; Meet Me in St. Louis; The King and I; Miss Saigon; Disney’s High School Musical; Peter Pan; Smokey Joe’s Cafe; Oliver!; Damn Yankees; Thoroughly Modern Millie; Curtains; and The Full Monty starring Broadway legend Elaine Stritch. He resides in Glen Ridge with his partner Larry Elardo, Coordinating Producer for the CBS Evening News, and their children, Stephen and Ashley.

JoAnn M. Hunter (Choreograper) is back at Paper Mill Playhouse after previously choreographing Curtains, Pump Boys and Dinettes, Oliver! and Grease. Ms. Hunter choreographed the world premiere of The Nutty Professor directed by Jerry Lewis (Broadway World Award, Best Choreography). On Broadway, Ms. Hunter choreographed School of Rock, Disaster! and On A Clear Day You Can See Forever and she performed in Thoroughly Modern Millie, Kiss Me, Kate, Chicago and more.

Jeffery Saver (Music Director) composed the musicals Dodsworth and Time After Time with collaborator Stephen Cole. He has written and arranged special material for Chita Rivera, Christine Baranski, Rosie O’Donnell, Dorothy Loudon, Joel Grey, Bebe Neuwirth, Nadja Salerno-Sonnenberg, and others. As a music director and pianist, his Broadway credits include Allegiance (starring Lea Salonga and George Takei), End of the Rainbow (Broadway and LA productions), Sister Act, Chicago, Kiss of the Spider Woman, Into the Woods, Sunday in the Park with George, The Secret Garden, The Rink, and A Chorus Line.

Beowulf Boritt (Original Scenic Design). Paper Mill: The Honeymooners, A Bronx Tale. Broadway: Act One (Tony Award), The Scottsboro Boys (Tony nomination), Thérèse Raquin (Tony nomination), Meteor Shower, Prince of Broadway, Sunday in the Park with George (2017), Come from Away, A Bronx Tale, Hand to God, On the Town, Sondheim on Sondheim, …Spelling Bee, Lovemusik, Rock of Ages, Chaplin, Bronx Bombers, Grace, The Two and Only. Off Broadway: 100 shows including The Last Five Years, The Toxic Avenger, and Miss Julie. Work ranges from NYC Ballet to the Ringling Bros. Circus and internationally in England, Russia, China, Australia, and Japan. He received the 2007 Obie Award for Sustained Excellence in Set Design.

Randy Hansen (Sound Design). Over a wonderful career, Randy has designed sound for more than 130 musicals and 40 plays. Many memorable moments include working with the opera star Jessye Norman, the Indianapolis and Baltimore Symphony Orchestras, and the Macy’s Thanksgiving Day Parade. Having recently opened a national tour of The Little Mermaid that is touring throughout 2017, Randy is thrilled to be back at Paper Mill for Annie. In New York City he was the president of Audible Difference, Inc., a sound design company that over the past 30 years has served the fashion industry in New York and Paris.

William Berloni (Animal Director and Trainer). 2011 Tony Honor, 2017 Drama League Unique Contribution to the Theater Award, 2014 Outer Critics Circle Special Achievement Award. Select Broadway: The Crucible, The Audience, Bullets Over Broadway, Lady Day…, Annie (original and all revivals), A Christmas Story, The Wiz, The Wizard of Oz. Hundreds of Off Broadway and regional productions, tours, television (From Wags to Riches with Bill Berloni, Sesame Street, Peter Pan Live!, The Wiz Live!), and film (Paterson, It Comes at Night). Author of Broadway Tails, Doga: Yoga for Dogs, and Sandy: The Autobiography of a Star; director of animal behavior at the Humane Society of New York. Follow on Facebook, Twitter (@BillBerloni), and www.theatricalanimals.com.

Paper Mill Playhouse, a leader in accessibility, will offer audio-described performances for Annie on Saturday, December 16, 2017, at 1:30pm and Sunday, December 17, 2017, at 1:30pm. Prior to these performances at noon, the theater will offer free sensory seminars. Sensory seminars offer an opportunity for patrons with vision loss to hear a live, in-depth description of the production elements of the show and hands-on interaction with key sets, props, and costumes.  There will be a sign-interpreted and open-captioned performance on Sunday, December 17, 2017, at 7:00pm.

Conversation Club: Join us Thursday evenings, November 30, December 7, 14, or 21, one hour before curtain for an informal, informative gathering. You'll learn more about the performance you're about to see.

The Director's Viewpoint: One hour before curtain at 6:00pm on Wednesday, November 22, we host a pre-show discussion in the Renee Foosaner Art Gallery.

Q&A with the Cast: After the matinee on Saturday, December 16, stick around for a lively Q&A with cast members directly following the performance.

PAPER MILL PLAYHOUSE, a not-for-profit arts organization under the direction of Mark S. Hoebee (Producing Artistic Director) and Todd Schmidt (Managing Director) and recipient of the 2016 Regional Theatre Tony Award, is one of the country's leading regional theaters.  Paper Mill Playhouse programs are made possible, in part, by funds from the New Jersey State Council on the Arts, a partner agency of the National Endowment for the Arts. Paper Mill Playhouse is a member of the National Alliance for Musical Theatre, the Council of Stock Theatres, and the New Jersey Theatre Alliance.