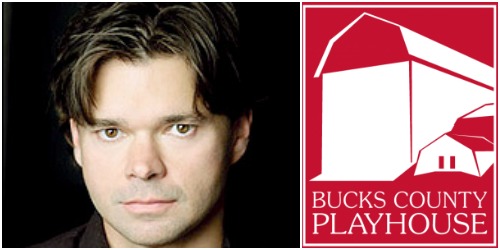 Three musicals and two plays – along with the return of the 2nd Oscar Hammerstein Festival for lyricists – will comprise the historic BUCKS COUNTY PLAYHOUSE's 76th anniversary season in New Hope, Pa. starting in April, it has been announced by the Playhouse's producing team of Tony Award-winning producers, Alexander Fraser, Robyn Goodman, Stephen Kocis and Josh Fiedler.

Stephen Sondheim's musical Company, a new musical about baseball, National Pastime and the Marx Brothers classic musical Animal Crackers will be joined by the evergreen comedy On Golden Pond and It’s a Wonderful Life: A Radio Play on the season offering of works at the beloved 400-seat theatre on the banks of the Delaware River.

As well, Bucks County Playhouse (BCP) will present the second annual Oscar Hammerstein Festival in the fall, its one-of-a-kind program that focuses on the importance of lyrics in the creation of new musicals with public presentations and mentorship of early career composers and lyricists.

About the upcoming season, Ms. Goodman and Mr. Fraser state, “Musicals have a long history here at Bucks County Playhouse and this year we're delighted to offer more of them to our patrons.  It's always exciting to have a work by Mr. Sondheim as part of the season, and bookending his Company with the new musical National Pastime and the Marx Brothers classic Animal Crackers feels like a great fit for the Playhouse.  On Golden Pond continues to resonate with audiences 40 years after its debut on Broadway and we expect our audience will love it just as much, along with It’s a Wonderful Life: A Radio Play, which in recent years has become a new holiday classic for theaters around the country.   We are eager to see the growth this season of the 2nd Oscar Hammerstein Festival and look forward to presenting more work by talented up-and-coming writers.  All in all, we look forward to this being a landmark season for Bucks County Playhouse.”

Following is the chronological list of productions presently scheduled.

It’s 1933 in Baker City, Iowa... WZBQ Radio is going under and Barry, the station’s owner, is trying to save it. Karen, Barry’s co-owner, wants to sell the station. Will a crazy scheme involving baseball change Karen’s mind and cause her to fall in love in the process? National Pastime is a musical valentine to love, baseball and the American Dream.  Music and lyrics by Al Tapper, book by Tony Sportiello.  Choreographed by Lorin Latarro and directed by Hunter Foster.

It's Robert's 35th birthday, and his friends want him to settle down! During a hilarious array of interactions over dinners, drinks and even a wedding, "those good and crazy people my married friends" finally make Robert understand that being alone isn't really being alive. Music and lyrics by Mr. Sondheim, book by George Furth.  Choreographed by Lorin Latarro and directed by Hunter Foster.

ON GOLDEN POND debuted on Broadway in 1979 (later a film starring Henry Fonda and Katharine Hepburn) is an enduring comedy set on a beautiful New England lake where Ethel and Norman Thayer have spent their summers for nearly 50 years.  Their tranquil hideaway is disrupted when their daughter and her newest boyfriend turn up unexpectedly to leave his precocious teenage son with the elder Thayers for the summer.

A hit musical starring the Marx Brothers in 1928 (and the subsequent film classic in 1930), ANIMAL CRACKERS has a book by George S. Kaufman and Morrie Ryskind; music and lyrics by Bert Kalmar and Harry Ruby.  The production has adaptation by and directed by Henry Wishcamper and choreographed by John Carrafa.

ANIMAL CRACKERS centers on Captain Spaulding, the intrepid African explorer and inveterate womanizer, as he and his co-horts upend a swanky soiree and become caught up in a screwball search for the thief of a priceless painting.

IT'S A WONDERFUL LIFE:  A LIVE RADIO PLAY

BUCKS COUNTY PLAYHOUSE will celebrate the 2015 year-end holidays with the beloved classic film, performed as a 1940s live radio broadcast.  An ensemble of over two dozen characters bring the story of George Bailey and his unforgettable redemption to live on stage.  Written by Joe Landry, directed by Gordon Greenberg and choreographed by Lorin Latarro.

Subscriptions are now available for all 5 productions; single tickets are on sale for NATIONAL PASTIME.  Visit www.bcptheater.org or call 215 862 2121.