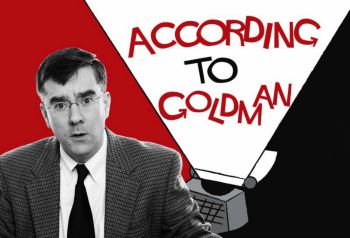 AMBLER, PA - Act II Playhouse in Ambler is proud to open its 2015-16 season with According to Goldman by Bruce Graham, beginning Sept. 8. Due to a record number of subscribers, Act II has already extended the show until Oct. 11.

According to Goldman stars Act II Artistic Director Tony Braithwaite as Gavin Miller, a screenwriter-turned-professor who attempts a comeback in "the biz."

"I read this play and laughed out loud," Braithwaite said. "What jumped right out at me was the indictment of Hollywood, which resonated deeply with me.  (I spent a miserable year in Hollywood myself.)"

According to Goldman is directed by David Bradley, who directed the hit comedy Unnecessary Farce at Act II last season.

The play follows the surprising twists and turns in Gavin's attempt to get back to Hollywood, as well as his evolving relationships with his long-suffering wife Melanie (Susan Riley Stevens) and enigmatic new student Jeremiah (Luke Brahdt). Stevens' last appearance at Act II, in the one-woman-show Bad Dates, won her a Barrymore Award for Best Leading Actress in a Play.

The title, According to Goldman, refers to a quote from screenwriter William Goldman that in Hollywood, "Nobody knows anything." But Graham said the title is not just true about the movie business, it's also relevant to spouses in a marriage, such as Gavin and Melanie.

"When you've been married to someone for so long, sometimes you just wonder who they are," Graham said.

This is the third play written by Philadelphia playwright Bruce Graham that Act II has produced. In earlier seasons, Act II produced Any Given Monday, a co-production with Theatre Exile that won the Barrymore Award for Best New Play, and The Philly Fan. In addition to being a celebrated playwright, Graham is also a screenwriter and television producer. His credits include the movies Anastasia, Duncan Checks In, and Steal This Movie.