AMBLER, PA - Act II Playhouse in Ambler is proud to present "Summer Flings 2015," three weeks of comedy, magic and entertainment. Three different shows will perform for one week only during this summer festival.

Just Wingin' It performs July 16-19. The area's funniest improv comics come together for a side-splitting 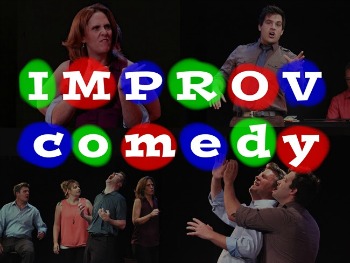 show that changes with every performance. The performers, drawn from the area's best improvisation comedy troupes, such as ComedySportz, will perform hilarious improv games based on audience suggestions. Just Wingin' It is created by Mary Carpenter (director of the Act II hits, Making Spirits Bright and Didn't Your Father Have This Talk with You?).

From July 23-26, Act II hosts A Tribute to Phyllis Diller. Local comedy superstars Jennifer Childs and Mary Martello honor the legacy of late comedienne extraordinaire Phyllis Diller. Created by Childs, the Artistic Director of 1812 Productions in Philadelphia, this show features original and classic material, including celebrated Diller routines, as well as those from comediennes inspired by her. Pianist Owen Robbins accompanies Childs and Martello in performing songs inspired by Diller, as well as a selection of her often-overlooked original compositions.