Jay and Megan Poff Talk about Living in Lancaster, Love of the Arts, and Performing

Lancaster, Pennsylvania is a thriving arts community, and the more artists I talk to, the more I realize how many people have moved to Lancaster to be involved with this vibrant theatre scene. Two people I met recently, Jay and Megan Poff, moved to Lancaster from Alabama to be close to the thriving arts community in Lancaster. Jay has been in numerous productions at PRiMA Theatre, most recently as Radames in Aida. He also will be taking on the role of Moses in Sight and Sound Theatre’s production of Moses in the spring of 2014. Megan teaches voice at her vocal studio in Lancaster, and she is a professor of voice at York College of Pennsylvania. In addition, Megan and Jay are expecting their first child in December. Megan and Jay Poff are passionate and enthusiastic artists who love the arts.  They talked to me about the importance of the arts in Lancaster, as well as the significance of the arts in people’s lives.

Kelli Curtin: How did you get involved with PRiMA? 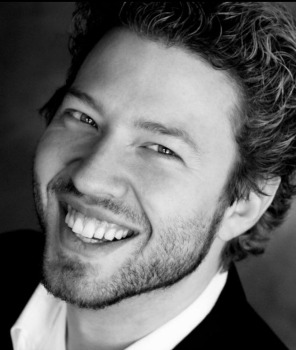 Jay Poff: I worked with David Felty at Sight and Sound Theatre, and he is the one who suggested PRiMA to me. My first show at PRiMA was The Music of Elton John. That show was at PRiMA in 2012.

Kelli Curtin: What is your favorite thing about living in Lancaster?

Megan Poff: First, it has a thriving arts community, and it keeps the tradition of theatre alive. Some of the theatres in Lancaster have been operating for a long time. Besides the arts, I also love history, and this town has history mixed with the arts. In addition, I also really enjoy the local food; there is a variety of ethnic foods in Lancaster.

Jay Poff: There are so many things I like about living in Lancaster: the arts culture, ethnic diversity, the variety of ethnic restaurants, cost of living and Lancaster is centrally located to bigger cities such as Philadelphia, New York City and Washington DC. Also, there is culture that is related to spirituality, for example St. James recently had a Les Misérables Mass. The Lancaster community is not oppressive; it is open to a community of believers.

Megan Poff: I wanted to be a classical performer in Oratorio, Chamber and Opera. I did more performances in Europe, when I had the opportunity to perform I took it. In college, I majored in Music and English, I wanted to be a music critic. I realized after my Senior Recital that I wanted to perform more. I was accepted into the Master’s program at Lee University in Tennessee, and that is when I fell in love with the academic side of music. It was then that I began to focus on what I needed to do to become a vocal teacher. 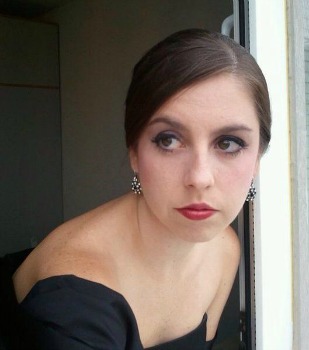 What gives you the most fulfillment on stage?

Megan Poff: Most of the music I sing is over 200 years old. I love that when I perform I am giving a piece of the past to the present.

Kelli Curtin: Why are the arts so important to the community?

Jay Poff: The arts are important because they allow us to connect to other people. Also without the arts we have no history, and the arts help us know who we are.

Kelli Curtin: What has been your favorite role to perform?

Jay Poff: I would have to say the MC in Cabaret. There was a time that I was performing in this show, and a Holocaust survivor came to see the show. It was a rewarding experience. Also playing Jamie in The Last Five Years, I portrayed Jamie twice, in 2008 and with PRiMA in 2013. I can connect with both characters in The Last Five Years, Jamie and Cathy.

Kelli Curtin: What has been your most rewarding experience?

Megan Poff: Performing at the Schumann Liederfest in Germany. There is a myth that German music is harsh, but it is beautiful. Also, seeing my students succeed is rewarding, and I get energy from my students.

Megan Poff: My biggest influence is Dr. Ron and Cheryl Brendel, they were my graduate school professors. They were my mentors, and helped me find who I am. They are humble people and wanted me to do better.

Jay Poff: My biggest influence as a character actor is Tim Curry. As far as encouragement, my biggest influence is my wife, Megan. I needed her encouragement to pursue acting. Being an actor is rewarding, but it has financial and emotional hardships. I needed Megan’s push to continue my path with my acting career. I have worked constantly since she encouraged me to keep pursuing acting, and I attribute that to Megan’s support. I have extreme respect for Megan, and her positive influence on her students.

Megan Poff:  Whoopi Goldberg once advised that young actors start at the local level, be a big fish in a small pond. Community theatres help people gain confidence, so my advice is to do as much community theatre and gain as much experience as possible before you go out for the big audition in New York City.

Jay Poff: Get roles in community theatre – gain confidence and experience. Do as much theatre as you can to get roles and to grow. Community theatre is a great place to gain knowledge from experienced actors. In addition, get education on your resume such as dance classes or vocal lessons.

Megan and Jay Poff are a wonderful couple who have a definite passion and love of the arts and life in Lancaster. It was a true pleasure speaking with Megan and Jay Poff, and I would like to thank them for taking the time to speak with me about their experiences and the Arts in Lancaster.

originally seen on the Fig Lancaster website on October 24, 2013.