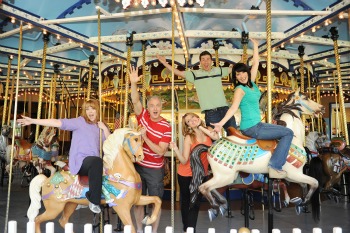 Emily Skinner is known for her role as Daisy Hilton in SIDE SHOW in which she received a Tony nomination, and other roles such as Mrs. Wilkinson in Billy Elliott and Kitty Packard in Dinner at Eight. We had a chance to speak with Emily Skinner about her career and the music of Kander and Ebb.

Kelli  Curtin: What can people expect from the show The World Goes ‘Round?

Emily Skinner: People can expect lots of Kander and Ebb. There is a running theme of perseverance throughout the show. The music of Kander 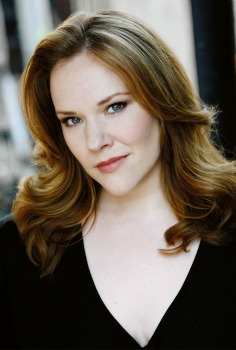 and Ebb address the highs and lows of life in a graceful way.

Kelli Curtin:  Why is the music of Kander and Ebb so important to theatre?

Emily Skinner: Their music has a sensibility to it – it is spectacular and smart. Their music has an edge without being snarky and mean. The general theme to their songs is: the stuff we do to keep us going – persevering.

Kelli Curtin:  What is your favorite song in the show?

Emily Skinner: It is hard to pick just one, all their shows are great. Although, I enjoy the songs from Funny Lady. The music from this movie is great and many people are not familiar with it. The two songs from this movie in the show are “How Lucky Can You Get” and “Isn’t This Better?” These are two great songs.

Kelli Curtin: How did you get involved in musical theatre?

Emily Skinner: I have been in theatre for as long as I can remember. I was hyper as a child.  In kindergarten, I had a fantastic teacher who told me I could entertain the class for fifteen minutes, and after that I had to be with the rest of the class. My mother had an extensive collection of Broadway albums and I used to lip sync songs from Broadway shows. I was hooked on musical theatre from early on.

Emily Skinner: For an actor, the favorite role should be the show you are working on at that moment. As for challenging, I would say Side Show because I had thirteen costume changes and we had to do those costume changes in thirty seconds. It was like running a marathon. Also, Billy Elliott was challenging. Doing that show eight times a week was physically demanding.

Kelli Curtin:  What gives you the most fulfillment as an actor?

Emily Skinner: Helping develop a piece and being part of the creative process is thrilling. Also, working on a new piece of theatre is exciting.

Kelli Curtin:  Who influences you as an actor?

Emily Skinner:  Good teachers. I have worked with some very talented directors such as Chris Ashley and Jack O’Brien. I have learned from all my experiences.

Emily Skinner: I have had so many amazing experiences. The first show I starred in was SIDE SHOW, and that was a great opportunity.

Originally appeared on the Broadway World Philadelphia website on June 28, 2013.