BWW: Jeffrey Coon Discusses His Cabaret and Lend Me a Tenor at Act II Playhouse 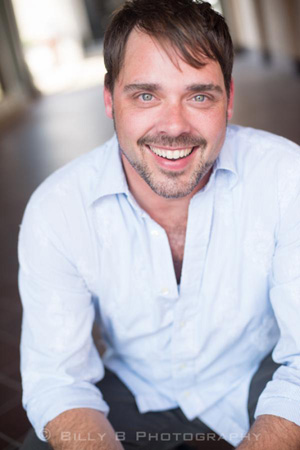 Act II Playhouse in Ambler, Pennsylvania is producing Lend Me a Tenor, which begins on May 7 and runs through June 8, 2013. Jeffrey Coon is part of this talented cast and he will also be performing in his own cabaret, “Some Songs and Silly Stories:  An Alliterative Adventure” on May 21, 2013.

Lend Me a Tenor features a group of multi-talented actors that have been seen on various stages around the Philadelphia Area, such as the Arden, Walnut Street, Act II, and the  Kimmel Center just to name a few. I had a chance to speak with Jeffrey Coon who is in Lend Me a Tenor to talk about the show, his cabaret and the importance of the arts in Philadelphia.

Kelli Curtin: What can people expect from your Cabaret at Act II Playhouse?

Jeffrey Coon: The title of the show is “Some Songs and Silly Stories: An Alliterative Adventure.” This is the second year I have done a cabaret at Act II. Last year, I made the show personal and shared personal stories about myself. This year I am going to tell funny and interesting stories that happened over the course of my career over the last twenty years. I picked songs that I like to sing and I will intersperse stories throughout. The show is a look into some of my favorite songs and also a look into my life on stage and the mishaps that have happened to me.

Kelli Curtin: Tell me about Lend Me a Tenor and your role in the show.

Jeffrey Coon: I play Tito Merelli the greatest living opera star. I think Lend Me A Tenor along with Noises Off are the funniest plays written in the last forty years. There are lots of doors slamming and the show is a farce. There are many talented people in this show. The role Tony Braithwaite plays is tailored to him. And, Michael Doherty is extremely talented, and I wish I had his talent at his age.

Kelli Curtin:  What gives you the most fulfillment as an actor?

Jeffrey Coon:  At this point in my career the opportunity to perform and interact with people on a personal scale is fulfilling. People see me on stage and they do not really know me; getting a chance to share music and conversation with people is rewarding and satisfying.

Kelli Curtin:  After your performance in the Walnut Street Theatre’s production of The Music Man  you talked about the importance of theatre for children and how it helps them deal with things like bullying. Why do you think theatre is important for children and teens?

Jeffrey Coon: In the arts everyone is allowed to fit in, there are no prerequisites. People do not have to be popular, gorgeous or athletic, there is room in the arts for everyone. There is so much peer-pressure and bullying in the lives of kids today, and the arts provide a safe haven for every kid. The arts give kids a chance to express something that is inside them.

Kelli Curtin: Why is theatre, especially in the Philadelphia area, so important?

Jeffrey Coon: There are so many reasons for this. First, I would say that in these not so great economic times theatre gives a huge economic boom to the city. There was an article in the Philadelphia Inquirer in September 2012 where it showed that the arts provided a $3.3 billion impact on the community. People are spending money in Philadelphia because they are going out to the arts. The second reason that theatre is important to the Philadelphia area is because people who support and attend any form of the arts are accepting of diversity and the arts help communities thrive and grow. Also education for kids in the arts help kids thrive.

Kelli Curtin: You are a very successful actor in the area. Is there anything or anyone you attribute your success to?

Kelli Curtin: Is there a role that you have not yet played that you would like to play?

Jeffrey Coon: I am at that age that I am wanting to play “dad” roles. Some of the roles I would love to play is Emile de Becque from South Pacific. I would also love to play Fredrik Egerman from A Little Night Music.

Jeffrey Coon: I would have to say The Music Man. It was the first musical I was in as a kid, and Robert Preston was one of my heroes. So many great people in the Walnut Street Theatre’s production of The Music Man surrounded me. My best friend played Marcellus, Mary Martello – this cast was just amazing. That show was fulfilling on every level.

Tickets for Lend Me a Tenor  and “Some Songs and Silly Stories:  An Alliterative Adventure: Jeffrey Coon’s Cabaret” are available at act2.org or (215) 654-0200.

Also published on Broadway World Philadelphia site on May 5, 2013.