Behind the Scenes: Talking with Jacqueline Petroccia about Her New CD, CHAMPAGNE & MOONSHINE 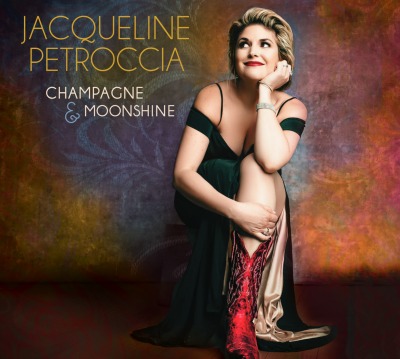 Jacqueline Petroccia recently released her debut solo album, Champagne & Moonshine. The album features a combination of Big Band, Country and Jazz songs. Petroccia is best known for her performances in Always…Patsy Cline in the role of Patsy Cline. Additionally, she has been seen in Sweeney Todd with the New York Philharmonic, which starred Emma Thompson, as well as the national tour of The Producers. We had a chance to speak with Jacqueline about her new album and talk with her about where she finds inspiration and the people who influenced her early in her life.

Kelli Curtin: Could you tell me a little about your new CD, Champagne & Moonshine. What is the inspiration behind creating this CD?

Jacqueline Petroccia: Champagne & Moonshine is my debut album, and it is half Big Band and half modern country songs. The original inspiration behind making this album is that I have been asked frequently if I had an album. I wanted to create an album that is full of songs I like and songs I enjoy to sing. That is how we ended up with a collection of jazz and country. I was lucky enough to find a producer and thrilled I had a chance to record this in Nashville at the historic Quonset Hut Studio.

Jacqueline Petroccia: Over the years I have been playing Patsy Cline in Always…Patsy Cline, and her music is not just country, it is a bit of jazz too and I also considered her a torch singer. In Champagne & Moonshine I straddle the line between country, jazz and torch songs.  An example of this is the song I do on the album, “Crazy/Crazy He Calls Me.” I really wanted to showcase my love for Cline on the album. I am a person who grew up in New Jersey and when I was cast as Cline in Always… Patsy Cline, I did not know a lot about her. Once I started to research her and her music I fell in love with her. Another exciting thing about the album is that there is a new song, “Your Name in Lights” written by Brandon Hood, Hillary Lee Lindsey, and Troy Verges. I am the first person to record this song.

Kelli Curtin: You have a successful career and you have played roles ranging from Patsy Cline to being is shows such as Sweeney Todd 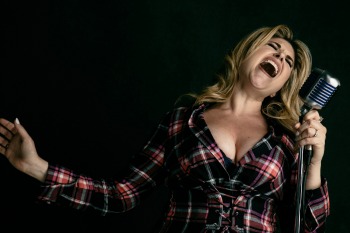 and A Christmas Carol. What are you the most proud of in your career? Is there anything you are looking forward to doing in the future?

Jacqueline Petroccia: I am definitely most proud of the work I have done with Always, Patsy Cline. That will be my legacy. In addition, I am also proud of the fact I had an opportunity to work with the New York Philharmonic. I also was part of a new musical, Because of Winn Dixie. Another thing I am really proud of is that I knew no one when my husband and I moved to New York, and the fact that I have been able to do more than tread water in this business without knowing anyone is something that fills me with pride.

In the future I am looking forward to continue to work. Also. I would love to branch out and do new things that people do not expect of me.

Kelli Curtin: When did you know you wanted to be in theatre? What or who were your early influences?

Jacqueline Petroccia: I have been a ham my entire life. I love making people laugh and have always loved that making people laugh brings them happiness. I did not discover I could sing until I was in seventh grade, and I discovered Musical Theatre when I was in High School.

My biggest and earliest influence is Bette Midler, she is my queen. I learned everything I know from watching her. She really understands the art of selling her music and brand and she performs in a way that people cannot take their eyes off her. One of the things I admire most about her is her ability to make people laugh.

Another early influence was the music my parents listened to – Pat Benatar, The Carpenters and Linda Ronstadt. Listening to all these artists helped inspire me and place me on a path in the Arts. 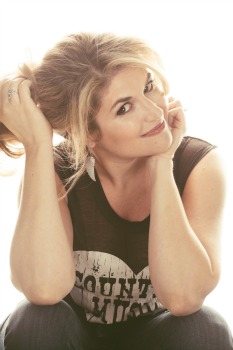 Kelli Curtin: I read that you also do a show Sometimes…Patsy Cline. Could you tell me a little about that?

Jacqueline Petroccia:  It came out of two things – first, the honor of playing Patsy, and also the frustration that can occur because people assume that all I can do is play that role. The show is about my journey coming from New Jersey and having the opportunity to play Patsy. The show highlights a variety of music from opera to pop to country, jazz and of course, the music of Patsy Cline. Also, it is great to do that show because my husband is the music director and did the orchestrations.

Jacqueline Petroccia: There are so many reasons that live theatre is important. There is rarely an opportunity that people have a chance to get together without any distractions. People are together in one room and are paying attention to the Art and witnessing human emotions and struggles. Theatre is the only place people can go where they can turn everything off and come together to witness something unique.

For more information about Jacqueline Petroccia and information about her debut solo album Champagne & Moonshine please visit her website at www.jacquelinepetroccia.com. The album is available online through CD Baby, Amazon, and iTunes.