Behind the Scenes: Michael J. Austin Talks about Upcoming Events in Lancaster and His Passion for Theatre 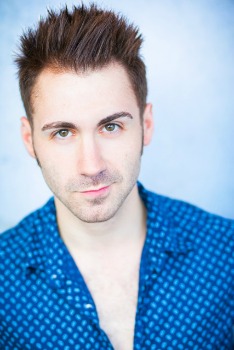 Michael J. Austin is a familiar face to people who attend the Fulton Theatre, he was last seen as Aladdin in the Fulton’s Family Series production of Aladdin, in addition he is also a featured vocalist and performer in the shows at American Music Theatre. Austin exudes passion for theatre, and his love for the theatre comes beaming through every time I have seen him on stage. If you have not had a chance to see Austin perform, go see him in one of his upcoming performances – Gifts from the Heart benefit Concert on February 7th and a cabaret: Live.Laugh.Love on February 15, 2014.

I had a chance to talk with Michael Austin about his two upcoming performances as well as the Arts scene in Lancaster. Austin spoke with me about people that influence him as a performer as well as what people can expect from concerts he is in in the next couple of weeks. For more information about Michael’s upcoming performances, visit his website at www.michaeljaustin.com.

Kelli Curtin: What is your favorite thing about living in Lancaster?

Michael J. Austin: I am originally from California, and I was raised in Georgia near Atlanta. I eventually got a job at Hershey Park and from there I jumped into professional theatre in Lancaster. I love Lancaster because there is a traditional aspect about living here as well as a cool arts scene in Lancaster City. There is an artsy and cool vibe to Lancaster, and the arts scene continues to grow.

Kelli Curtin: Tell me about the “Gifts from the Heart” benefit concert. Why is it important to the Lancaster community?

Michael J. Austin: This is my fourth year doing this concert. Michael Popovsky does this benefit through his studio, Popovsky Performing Arts Studio and this concert benefits the Milagro House. It is an important benefit that helps women and children and assists them to have better lives. The concert itself is a night of wonderful entertainment that helps a great cause. Michael [Popovsky] brings people in that are recognizable names in New York as well as Lancaster. I love this event because it is a chance to work onstage with Michael’s students from his studio.

Kelli Curtin: Tell me about the Cabaret: Live.Laugh.Love. What can audiences expect?

Michael J. Austin: This cabaret on February 15th at the Ware Center is an evening of romantic, inspirational, beautiful music as well as some humor. The songs we perform are not only songs from musical theatre, but pop songs as well. It will be a fun evening. The artists performing at the cabaret, besides myself, are Daniella Dalli who is fierce as well as unique and Sarah Timm who is elegant and beautiful. We will all be performing songs that allow us to show off our talents and there will be tons of belting.

Kelli Curtin: Why are the Arts important to the Lancaster community?

Michael J. Austin: The Arts have the ability to broaden people’s horizons and open their eyes and allow them to experience things they have not 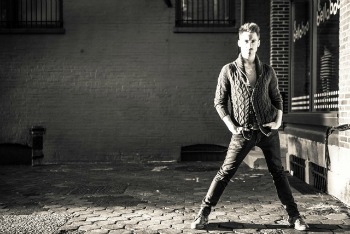 seen before. The Arts make people think. Theatres in Lancaster are starting to do bigger productions, and letting people experience new and unique performances. Lancaster is drawing people into the city, and people are getting to see what Lancaster’s art scene has to offer.

Michael J. Austin: When I was young, it was Michael Crawford. I fell in love with The Phantom of the Opera. The first time I saw the show was when it was on tour in Atlanta and it was my first big production I saw on stage. Since then I have seen the show about sixty-three times. I love Crawford in this role, but he is such a versatile actor, not only does he play serious roles, but he is also funny in other roles such as Cornelius Hackl from the movie, Hello, Dolly! I also read his biography.

As I grow as a performer I am influenced by two other individuals. One is Pia Douwes, she is a Dutch performer who is Doris Day’s grandniece. She is the top musical theatre star in Holland. She has the ability to belt and put emotion behind it. The other person who influences me today is Alisa Endsley. She is an incredible person who does nice things for people. She has the ability to find the key to unlock people’s emotions and through this she helps people learn. Alisa is good for people. I met Alisa when I was 16, she has been my voice coach since then. I met Alisa at Camp Broadway, which is a summer program that offers kids classes taught by Broadway professionals. It helped me gain confidence to go audition and Popovsky Performing Arts Studio does the same thing for the kids that go there. For me, it is special to be able to perform with Alisa at the Gifts from the Heart benefit.

Michael J. Austin: If you really feel in your heart you love performing and there is no other alternative to performing then you were meant to do it. Get out there and gain experience and audition.