Behind the Scenes: Julianna Zinkel Talks about UNDER THE SKIN at the Arden Theatre 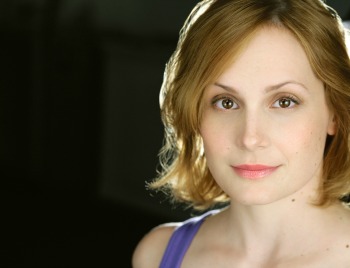 The Arden Theatre Company in Philadelphia begins previews this week for a world-premiere play by Michael Hollinger, Under the Skin. In this play, Julianna Zinkel plays Raina. Raina is a complex character who is faced with a decision in which she must decide if she is able to put aside her anger and donate a kidney to her estranged father who is dying of kidney failure. I had the opportunity to speak with Zinkel about her character, Raina, as well as how she prepared herself to play such a multi-faceted character.

Kelli Curtin: Could you tell me a little about the play, Under the Skin?

Julianna Zinkel: Under the Skin is a family drama that deals with the complexity of the family dynamic. The show also revolves around a medical theme where it examines the ethics of organ donation. The play tells the story of Raina and her struggle to understand her allegiance to her estranged father. It has been years since Raina has spoken to her father and all of a sudden he appears in her life in need of a kidney. The show explores where Raina’s allegiance lies and the complex and complicated relationship with her father, as well as if she can find it within herself to forgive her father.

Kelli Curtin: What can audiences expect when going to see this show at the Arden?

Julianna Zinkel: They can expect a lot of intense subject matter with a lot of humor. This is the eighth world premiere for playwright Michael Hollinger at the Arden. He is a smart and generous playwright. This show has many twists and interesting plot lines, but the show also has a lot of heart. Under the Skin deals with spirituality and hope, this show really explores the idea of hope in difficult circumstances. The show also explores different relationships and how people navigate around each other. The real heart of the story involves Raina and her father. On a whole, this play shows how as human beings we all want to be connected. It is a story of human connections between family, friends and acquaintances.  The saying, “It is not about the destination, but about the journey” pinpoints this idea of the show. It is especially apparent in Raina because she goes on a journey to find enlightenment.

Kelli Curtin: How would you describe your character, Raina?

Julianna Zinkel: Michael [Hollinger] describes Raina as “about 30; Listening to Regina Spektor; Lou’s daughter.” What a lot of people do not realize about Michael is that he went to Oberlin to be a violist, so he is heavily influenced by music. Regina [Spektor’s] music is very complex. Her music is very present and she lives the complexity of her life out loud through her music. This helped me to understand Raina because she is very complex, but also smart and sensual with a deep darkness; she is searching for light in her life.

Kelli Curtin: Are there any characteristics of Raina that you can relate to?

Julianna Zinkel: She is committed to living life fully in the present. She lives life fully aware – fully aware of her faults and vulnerabilities. She is accepting and trusting. Part of Raina’s story is that her mother became very sick, and she nursed her until she passed away. I can really relate to this aspect of Raina, her complexity in that she is really strong and really raw at the same time. Recently, I had someone very close to me pass away, I can relate to emotional loss as well as questioning “how do I go on?” after such a huge loss. It has been an interesting journey for me to go on playing Raina. In addition, I can also relate to being a mother. Raina is a mother of a four-year-old, and I have a three-year-old.

It is a true gift to tell the story portrayed in Under the Skin. It portrays an imperfect family who many of us will be able to relate to. The play also examines how we love people from all aspects of our lives from family members to acquaintances. In addition, the show is about forgiveness.

Kelli Curtin: Under the Skin addresses the subject of kidney transplantation and the effect it has on family. How did you prepare yourself for this role?

Julianna Zinkel: The Arden has a fantastic dramaturg, Sally Ollove, who is ready for any questions. Sally really helps us understand about who can donate, what the scars look like and the forms people have to fill out for kidney donation. We also have a relationship with Gift of Life, a nonprofit organization located in Philadelphia who match people who need organs with the organs they need. The Gift of Life organization helped us understand the facts involved in organ donation, as well as addressed the information about how organ donation happens and the ethics of donations that is addressed in Under the Skin. We were lucky enough to tour their main facility, as well as their Gift of Life Family House, a home away from home for transplant patients and their families-right here, in Philadelphia.

Julianna Zinkel: I did not start acting seriously until I was at Temple University. The first show I did at the Arden was As You Like It, and I did this my sophomore year of college. I have worked mostly in Philadelphia, but have done some work in New York and Washington DC. I am also a company member at People’s Light and Theatre Company in Malvern.

I always had a desire to perform. When I was in elementary school I was in musicals, but also played the flute and cello and played sports. I did not become involved in theatre until I was in college, and that was when I realized I liked performing. I met Aaron Posner at Temple. He was there directing and holding auditions, and he told me that I was a great actress. It was then I thought that I would really like to continue being an actor. I have been so lucky and I am very grateful for the theatre community in Philadelphia.

Julianna Zinkel: My favorite role is always the one I am currently in. Right now I am really loving playing Raina in Under the Skin. Another role I have to say is one of my favorites is Elizabeth Bennet in Pride and Prejudice.

I would love to play Nora in A Doll’s House. I would also like to play Sally Bowles in Cabaret. Also, Mary Tyrone in Long Day’s Journey Into Night.

Kelli Curtin: In your opinion, why is live theatre important?

Julianna Zinkel: Live theatre is a singular experience where we are all together, present and sharing a story. Story telling has been around since the beginning of time, and theatre will continue to exist. We are all storytellers at heart. At this moment in time, live theatre is very special. Society has evolved into a tech-savvy society and as this continues to grow, live theatre will become more special in the future because we all need to be a part of a live story-telling theatrical experience.

Under the Skin runs at the Arden Theatre Company from January 15, 2015 through March 15, 2015. For more information and tickets visit their website at www.ardentheatre.org or call the box office at 215-922-1122.

Photos courtesy of the Arden Theatre