Behind the Scenes: JD Triolo Talks about His Upcoming Cabaret at the Media Theatre 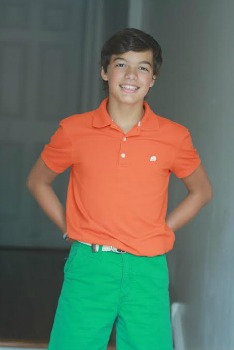 JD Triolo is one of Philadelphia’s up and coming young artists. He has been seen onstage at theatres throughout Philadelphia including Media Theatre, Walnut Street Theatre and Malvern Prep Theatre Society.  Triolo was most recently seen in Billy Elliott at the Media Theatre and he currently can be seen as Evan in Media Theatre’s production of 13.

I recently had the opportunity to speak with Triolo about his cabaret, which is part of the Crystal Room Cabaret Series at Media Theatre on July 21, 2016. Triolo spoke with me about the theme of his cabaret as well as what he is most looking forward to while performing in this type of setting.

Kelli Curtin: How is 13 going for you?

JD Triolo: It is going great. I love being in this show, it has a great score by Jason Robert Brown. It is really great to be doing a show with a lot of people that I know, and that I have worked with before. I play Evan, and I enjoy playing him. I find Evan very exciting, I also find it exciting to play someone not really like me. Evan is a Jewish character, and it was interesting to find out about different aspects of his life such as his Bar Mitzvah and why he wanted his party to be amazing. It was also interesting for me to learn Hebrew. It has been cool to play a geeky person and someone who is quirky. I am enjoying playing Evan, and I have been having a lot of fun with this character.

Kelli: You have a cabaret coming up on July 21, 2016. How did this cabaret come about? Did you immediately want to perform in this kind of setting?

JD: My friend, Kelly Briggs, did a cabaret and I loved seeing that. The Media Theatre is beginning to do a cabaret series on Thursday nights in July, and it will be a series of four cabarets. When they asked me to do a cabaret I was thrilled. I thought it would be really fun and I always wanted to perform in a cabaret.  I knew that having a cabaret would be hard work, but I did not realize how much hard work and dedication it takes to put a show like this together. To do a show like this you have to come up with patter and themes. Even though this is a lot of hard work, it is an amazing process and I am really excited for it.

Kelli: Could you tell me a little about what audiences can expect from your cabaret?

JD: Yes, I am singing approximately ten songs. The title of my cabaret is “0 to 14,” and it is basically a summary of my theatre career and my life. I will be tapping, which is fun and the show is a variety of all the different music I like, a lot of songs that have meaning to me, and some music from my repertoire. I will be doing some throwback songs, oldies and I hope the songs I am performing will reach out to every age group not just people in my age group.

Kelli: Could you give me an idea of what kinds of songs you will be performing?

JD: Absolutely. I will be performing “Run Away with Me” from The Unauthorized Biography of Samantha Brown and “Who I’d Be” from Shrek, which is the song I won The Vocalist with at Media Theatre last year. I will also be doing “Broadway, Here I Come” from Smash and “I’ve Got Rhythm” from An American in Paris.  There are a few more songs I will be performing as well.

Kelli: What are you most excited about with your cabaret? Is there anything that you are nervous about?

JD: First, I am most excited for my friends to come and see it because at the theatre we are all really supportive of each other, so I hope a lot of them come out to see me. I am nervous about the whole cabaret in general because I have never done anything like this in my short career. I am pretty nervous because it is just me up there, there is no orchestra or other people onstage that I am interacting with.

Kelli: It has been a while since we last spoke, the last time we talked you were in The Addams Family at Media Theatre. How have things been progressing with your acting career? Are you finding new areas of interest you are pursuing? Are there any roles coming up you are looking forward to?

JD: Things have been absolutely amazing. After The Addams Family I did Les Misérables, which was incredible, I love that show. I did that show 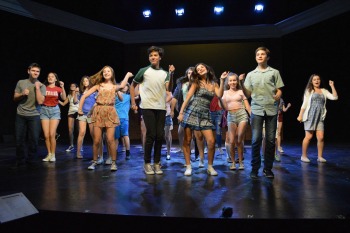 with a lot of my friends, and I met so many new people because that cast was huge. After that I did Gypsy, I played Angie, the youngest farmboy. Then I did Billy Elliott, I played Michael, this was one of my favorite roles and experience in a show. Billy Elliott was such an amazing show, I loved that I was able to be a part of it. Being able to play Michael helped me become a lot better at tap because Michael tap dances throughout the show. I just did Godspell at my school [Malvern Prep], I played Jesus. Now I am doing 13, so I have been really busy, and I am grateful to Jesse Cline and everyone at Media Theatre for the opportunities that have given me.

I find that I have been dancing a lot recently. I have taken a liking to dancing, a lot more then I used to. I have been taking ballet and private tap. I really like dancing, and I still like singing and acting as well.

Right now I know I have been cast in the adult ensemble in Media Theatre’s production of A Christmas Story. In addition, I am hoping to be cast as Baby John in West Side Story.

Kelli: What are you doing in your free time this summer?

JD: I am doing 13 right now, so I do not really have a lot of free time. In the little free time I have I am swimming, so I have no free time at all right now.

Kelli: How do you feel the Arts have impacted your life?

JD: I think the Arts have had a large impact on my life because the Arts basically consume my life. I really do not much else besides swimming. It seems I am either at rehearsal for a show or I am practicing swimming. I feel like I would be bored and sitting at home if it was not for the Arts being such a huge part of my life. I love being part of the Arts so much, I really cannot imagine my life without it. I hope to go to a Performing Arts College, and I have a whole life ahead of me in which I hope to be fully involved in the Arts.