Behind the Scenes: Fran Prisco Talks about Playing Nathan Detroit in GUYS AND DOLLS at Fulton Theatre 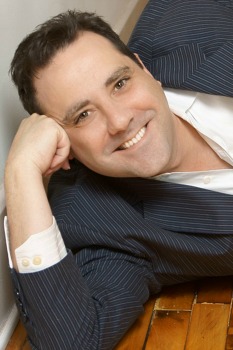 The musical Guys and Dolls is currently onstage at the Fulton Theatre. The show stars Fran Prisco in the role of Nathan Detroit, a gambler who runs “the oldest established permanent floating crap game in New York,” and keeps putting off marrying his fiancée, Adelaide. Prisco is spectacular in this role, as he gives the character enough desperate edge to keep the audience worried about his decisions. In addition, Prisco’s performance in this show is one of the best in the production. His song, “Sue Me,” with Christine Sherrill who plays Adelaide is the strongest number in the show.

Prisco has been seen in other productions at the Fulton Theatre including White Christmas and A Steady Rain. He has also been seen in countless productions on numerous stages throughout the Philadelphia Area. He most recently directed the production of A Steady Rain at the Walnut Street Theatre. In addition, Prisco is a member of The Summer Club, which most recently performed at the Fulton Theatre this past December.

I had a chance to sit down and talk with Prisco about Guys and Dolls and about his character, Nathan Detroit. He also talked about why people of all ages should come and see the show, and what part of the show he enjoys the most.

Kelli Curtin: Could you tell me a little about what audiences can expect when coming to see Guys and Dolls?

Fran: One of my favorite lines of Nathan’s is: “I’ve been running the crap games since I was a juvenile delinquent.” Nathan runs the local crap 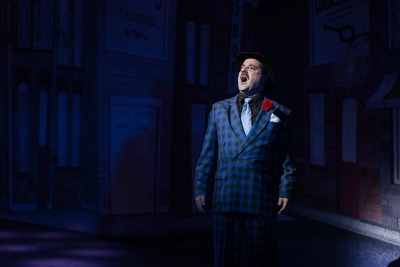 game in town for all the people who want a little action. Nathan is having a bit of trouble finding a place to run the game. He also has the love of his life, Adelaide, and they have been together for a very long time. Nathan is a little hesitant to get married, he has a bit of commitment phobia. The character of Nathan is very funny, he has some of the greatest lines ever written for musical theatre.

Kelli: What about Nathan appeals to you?

Fran: The writing is brilliant in the play. Having the opportunity to say these words night after night is a treat and an honor. There are a bunch of characters in this show that I could play. However, Nathan is the dream role for me. And, I have a great respect for the show itself.

My first exposure to the show was the movie. So, my first exposure to seeing the character of Nathan Detroit is seeing Frank Sinatra play the role. The songs in the show are so iconic. Eventually I saw the production on Broadway with Faith Prince and Nathan Lane and the two of them just killed it on the stage. It was really something special to see Prince and Lane in the show.

Kelli: What is your favorite part about telling the story of Guys and Dolls? Since the music is so iconic do you have a favorite song?

Fran: I really look forward to all of it night after night. “Sue Me,” the duet between Nathan and Adelaide, is my favorite number in the show. It is a really fun number. Christine Sherrill and I have a blast with this song.

Kelli: Guys and Dolls opened on Broadway in 1950, and is considered a classic musical. Why should the generation who are fans of Hamilton and Dear Evan Hansen come out and see this show?

Fran: Hamilton and Dear Evan Hansen would not be possible without Guys and Dolls. I would bet that Lin-Manuel Miranda knows every word to every song in Guys and Dolls. I think that is what the younger generation needs to understand – that you need to know your Rodgers and Hammerstein, Lerner and Loewe, Sondheim and Frank Loesser. These older shows are very important. Musical theatre is Americana. People have to see the classic musicals and learn from them, you learn the craft from each show that you see.

Kelli: How did you become interested in being an actor?

Fran: My story is this, I grew up with my father and brothers, I have three older brothers, my father always sang all through the house. My sisters sang too, but not as prominently. My father and brothers were doing community theatre on this small stage at my grade school in Ardsley, Pennsylvania. When I was a kid I would be there as they rehearsed. This was when I was very young, but I remember them doing Li’l Abner and Pajama Game. From being in the theatre with my father and brothers I knew these shows backwards and forwards. I was bit by the theatre bug real early just by watching my father and brothers on stage and wanting to do that. Then when I was in fourth grade they did Carousel, and kids were in that show, so that was the first show where I got to be onstage in a show. To this day, when I hear applause whether it is for me or other people I get chills. However, I really was hooked when they did The Music Man and I played Winthrop.

Kelli: As a performer, what gives you the most fulfillment onstage?

Fran: I am thrilled with how popular live theatre has become again. When I was in my early 20s there was barely anything going on. I remember 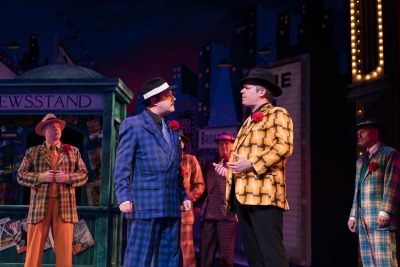 Passion won the Tony that year because there was not much competition. Shows like Wicked and Hamilton have brought new audiences to the theatre. It is so important to keep the younger generation engaged in theatre. We all need to take time away from the screens, phones, tablets and television, and engage with others in a live theatre performance.

Fran Prisco can be seen at the Fulton Theatre in Guys and Dolls through March 31, 2018. For more information and tickets visit their website at www.thefulton.org or call the box office at 717-397-7425.