Behind the Scenes: Ellie Mooney Talks about I LOVE A PIANO and the Music of Irving Berlin 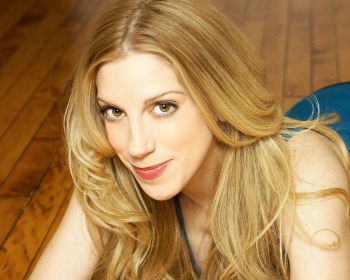 I Love a Piano is the current show in the Walnut Street Theatre’s Independence Studio on 3. This show is a celebration of the music of Irving Berlin, as it tells a story of the life’s journey of a piano. Ellie Mooney directs and choreographs this show, and in addition, she plays a character in the production.

Mooney has been in several shows at the Walnut Street Theatre including Mary Poppins, The Rise and Fall of Little Voice, I Love You, Your Perfect, Now Change, and 9 to 5. In addition, Mooney was the associate director and choreographer for the first, second and third National Touring production of I Love a Piano. I had a chance to talk to Mooney about the show, the importance of Irving Berlin’s music and the benefits and challenges of being in a show and directing and choreographing the production.

Kelli Curtin: Tell me about I Love a Piano.

Ellie Mooney: The production consists of a cast of four actors who perform the music of Irving Berlin. The show spans four decades from 1910-1950, and the music performed is popular music as well as songs people are not too familiar with. I Love a Piano is mostly a revue format, but it takes the audience on more of a journey than a typical revue show. This show encapsulates the spirit of the American people and our history. Some of the songs are synonymous with historic events, and all this is told through the star of the show, the piano.

The show really revolves around the lifespan of one piano. I Love a Piano celebrates the spirit of the piano and all it has been through. The through line is this particular piano. It was made in 1910 and 100 years later it is discovered; the show explores all the people and places this piano has encountered from a speakeasy to a junkyard to a USO dance. The critical part of the story is the changing times this piano comes upon during the span of the show.

Personally, this show speaks to me. I feel this way about old objects, and I am always interested in the stories connected to the objects. It really is an honor to do this show in the studio space at the Walnut. Studio 3 has an intimacy, and it is clever how we are fitting this show in this unique space. For me, it has been an artful journey with the designers and artists. It has been a joy to work with these people to tell a story.

Ellie Mooney: Audiences can expect a delightful revue, and when they leave the theatre they will be pleasantly surprised that what they saw in 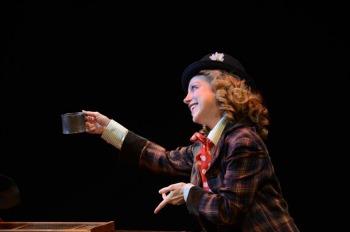 the Studio on 3 is so much more than that. Throughout the show audiences will experience the extraordinary music and incredible lyrics of Irving Berlin. Berlin had this gift of being able to capture the American spirit in his songs and write music for everyone. In addition, the set for this show is clever and detailed. I hope audiences enjoy this production that has been a joy for us to produce.

Ellie Mooney: It changes from day to day. Today it is “Say It Isn’t So.” Denise Whelan sings it in the show and it is a simple moment, but it is memorable. This song is about how everyone around her is talking that her love does not love her and is cheating on her, and she begs him to tell her it is not true, but he does not hear it. There is a point in everyone’s relationship that we want to hear our partner “say it isn’t true.” Denise sings this beautifully. In this song, the audience has a chance to see her eyes, it is an intimate moment, and it is a moment I look forward to every night.

Kelli Curtin: You are in I Love a Piano and directing the show. What are the benefits and challenges to doing this? 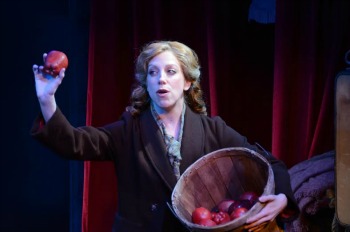 Ellie Mooney: I am very fortunate, I am working with two extraordinary people, Brian Kurtas is the Assistant Director and Emily Kleimo is the Assistant Choreographer. They give me notes and help make decisions. There is no way I would be able to insert myself into this show without this wonderful support team. We have 2 ½ weeks to have this whole show up, and having the help of Kurtas, Kleimo, and the rest of the cast really helps. It has been a different and humbling experience being the director and choreographer of this production.

I find one of the challenges is making sure that I am getting direction from someone to help sculpt my performance. I have to have a third eye view of how my character ebbs and flows. This is possible through teamwork with this remarkable cast and the assistant director and choreographer. Everyone has a say on the journey in creating this show, and we all have to make sure we end up on the same page. There is a benefit to this and it is the teamwork that went into this show. Everyone has pitched in, and when everyone works together magical things happen – it has been a joy to see everyone work together on this show.

Kelli Curtin: Why do you think the music of Irving Berlin is so important to the history of American music?

Ellie Mooney: Berlin’s style, in particular, has influenced so much. We still sing his songs, such as “God Bless America” and “White Christmas” to name a couple songs. The footprint of his music influences great composers of our time such as Stephen Sondheim and Jason Robert Brown. People can see the influence of Berlin on Sondheim and Brown, they use his idea – they talk about things people really do, say what people really say, and this shows people’s hopes and dreams. Their music cuts to the core of our hearts, and Berlin was doing this in 1910. The simplicity of Berlin’s melodies tell a story people can relate to.

Kelli Curtin: Who influences you as a performer and as a director?

Ellie Mooney: Carol Burnett, Tracey Ullman, Lucille Ball and Harpo Marx. I watched all of them growing up, and they are still influences for me today.

Kelli Curtin: Did you always want to be an actor? What was your first role?

Ellie Mooney: I did, even when I did not know that was exactly what I wanted to do. I was a dancer, but I was really melodramatic. My first official show was The Wizard of Oz. I played Dorothy. This is special for me, not only because I had the chance to play Dorothy, but because it is my mom’s favorite movie, and Judy Garland is one of her favorites. The experience of playing Dorothy, but being in a show that is one of my mom’s favorites is one of my favorite experiences.

Ellie Mooney: Personally, I don’t think watching television is a true experience. When you see live theatre what you are watching is happening 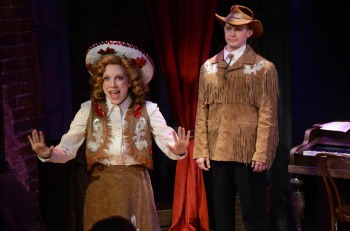 realistically right in front of you. And, in Studio 3 you can see sweat and tears; hear the audience laughing or when they are quiet. This is something that is not experienced in watching television. Theatre is a way to experience a story through another person in the most intimate way.

I have had the privilege to work on this show previously in the National Touring Productions of this show. There is a part of the show where the men in the show get drafted. I have seen people reach for each other with their hands shaking. I have seen people in the audience who have lived this, and it is like being dropkicked into reality when you see this. There is a responsibility with this show to understand the history, and when you see people in the audience react to what they are seeing onstage you suddenly realize how important this music and story is to people and our American history. These reactions are things that people can only experience in live theatre.