Behind the Scenes: Elena Bossler Talks about the World Premiere of BEAUTIFUL BOY at the Walnut Street Theatre 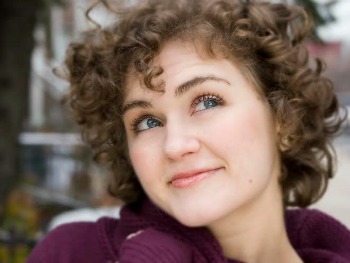 The play, Beautiful Boy, is currently at the Walnut Street Theatre’s Independence Studio. This show is the world premiere of the play and it is a bold and emotional experience. Beautiful Boy is about a man, Bill, whose adoptive mother recently died, and he finds himself without work due to the loss of his job. Bill feels lost and embarks on a quest to find his birth parents. I had a chance to speak with one of the actors in this play, Elena Bossler. Bossler plays Deirdre, an edgy and strong character who has very strong feelings about searching for one’s birth parents. She also plays the role of Bonnie, who is a caretaker of two women in Vermont. Bossler spoke with me about Beautiful Boy and her characters, as well as the importance of this play.

Kelli Curtin: How did you get involved with acting? Did you always want to be an actor?

Elena Bossler:  I always wanted to be a performer. My first audition was for Tiny Tim in A Christmas Carol in Reading. I was not old enough to read, so someone had to tell me my lines for the audition. Although I did not get the part, I really loved the idea of being on stage. My sisters were involved with theatre in my hometown of Reading, Pennsylvania, and I wanted to be like them.

I also was part of the Actor’s Outlet in Reading where we had the chance to perform plays within the community and we went to England. It was a motivating and amazing outlet for me.

Kelli Curtin: Could you tell me about your characters, Deirdre and Bonnie?

Elena Bossler: I love the character of Deirdre. I think every woman has some Deirdre in her – she is strong-willed, passionate, and courageous. 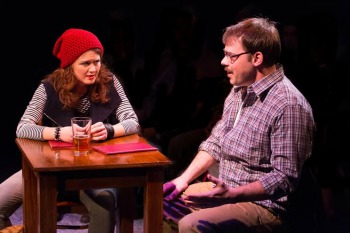 She can come across as angry, but she wants to help people avoid what she has been through. Deirdre has been on a journey to find her birth parents and it has been difficult for her. In Beautiful Boy all she wants to do is help Bill avoid the hurt she has gone through.   Deirdre has triggers and she has this sense that she feels she does not belong, and she wants answers to her questions. For me, it is very cool to play a character who speaks her mind.

Bonnie is a very different character. She is a nurse who is helping to takes care of two women. Bonnie is closed off and dry. She is in Vermont and she has a sense of belonging that is the opposite of Deirdre. I have never been to Vermont, but when I did some research by talking to friends from Vermont they told me there is this idea there that if your family does not go back five generations in Vermont than you do not belong there. That kind of idea is apparent in the play when Bill goes to Vermont in search of his birth mother, and Bonnie is very suspicious of him.

Kelli Curtin: How did you prepare for you role as Deirdre?

Elena Bossler:  As soon as I read the script I knew I wanted to play the role of Deirdre. I felt a strong connection to her. I also emailed back and forth with David Stradley, the director of Beautiful Boy, and Eric Conger, the playwright of the show. I also did a lot of research because I wanted to find out why Deidre did not want to search for her birth mother. I found an article in the New York Times about a woman who searched for her birth parents and it was not a positive experiences. In addition, I talked to family and friends about what they knew about adoption. My goal was to learn more about Deirdre’s attitude towards searching for her birth mother.

Kelli Curtin: What can audiences expect from Beautiful Boy?

Elena Bossler: It is an amazing play about adoption. Everyone can relate to some part of this play even if they have had no experience with adoption. Everyone is searching and longing to belong in life, and that is what this story is about. This play is about the character, Bill, going on a journey to find the origin of his fingerprints. Beautiful Boy shows the heart-wrenching journey of a man. Personally,for me, I was shocked to find out about the archaic laws that keep people from finding out where they came from. Through this experience it made me see ancestry as heroic and not taking family for granted.

Kelli Curtin: Are there any characteristics of Deirdre that you can relate to? 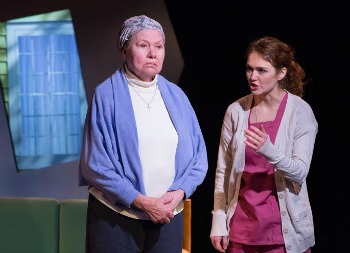 Elena Bossler: Everyone I work with, especially in the cast of Beautiful Boy. I am so lucky to be able to work with all these great actors: Jeff Coon, Alicia Roper, Carla Belver, and Phillip Brown. I watch these actors work and I learn from their skill. In addition, I am influenced by Scott Flaherty, who I studied voice with, Kathyrn Petersen, an actor and playwright, who is a great inspiration to me, and my boyfriend, Alex, who is also an actor.

Growing up and even now, my influences are well-known actors such as Lucille Ball, Gilda Radner, Gene Wilder, and Dick Van Dyke.

Kelli Curtin: Why do you think theatre, especially in the Philadelphia area, is important?

Elena Bossler: Stella Adler said, “Theatre is the place people come to see the truth about life and the social situation.” Theatre is a place where people can connect and to feel present. People are not connecting as we used to, and people being in the same place at the same time gives us a sense of connectedness. In addition, the Walnut Street is thriving, and what a great place to see theatre because people are surrounded by this place with such a wonderful history of great actors and performances.

Beautiful Boy runs at the Walnut Street Theatre through March 9, 2014. For more information and tickets visit their website at www.walnutstreettheatre.org, or call the box office at 215-574-3550.