Behind the Scenes: Dan Hodge Talks About PRIVATE LIVES at the Walnut Street Theatre 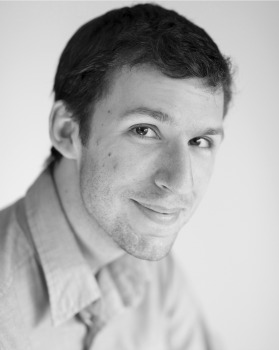 The Walnut Street Theatre in Philadelphia continues its 206th season with Noël Coward’s Private Lives. This is a comedy about a divorced couple, Amanda and Elyot, who have freshly remarried and are honeymooning in France with their new spouses, Victor and Sibyl. In this show, Dan Hodge plays Victor Prynne, the kind and stoic Englishman. I had the opportunity to speak with Hodge about playing Victor in the Coward play as well as a few of his favorite roles and his thoughts on the Arts.

Kelli Curtin: Could you tell me about the show Private Lives?

Dan Hodge:  Private Lives is about marriage and how to survive. This show is about two people, Elyot and Amanda, who love each other and who love to hate each other. Amanda and Elyot meet other people who they think can calm them down and what happens is a love/hate affair.

Kelli Curtin: What can audiences expect from Private Lives?

Dan Hodge: Audiences can expect to laugh. This show is a classy witty show that has physical comedy, but the show also has unexpected moments of genuine human contact and emotion. This helps keep the show grounded. The show, Private Lives, is a good time.

Kelli Curtin: How would you describe your character, Victor Prynne?

Dan Hodge:  Our director of this show, Bob Carlton, is English. So when he described Victor he gave the explanation that he liked hunting, 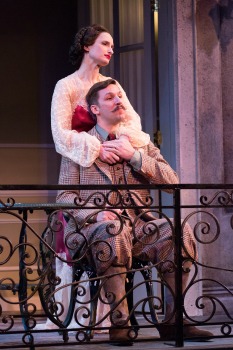 shooting, fishing and he comes from old money. Victor is a traditional person, he lives the life of an English gentleman. I think he is well intentioned, but he is not as intelligent as the rest of the people in the play. I don’t think he is a bad guy, and he does loves Amanda.

Kelli Curtin:  How did you prepare yourself to play this role?

Dan Hodge: I enjoyed spending time with the play. Bob, our director, has a clear vision of what he wanted Victor to be. I searched for ways to keep him a step behind the rest of the characters and I grew a mustache that curled up on the ends. I looked for ways to make Victor a fish out of water.

Kelli Curtin: Why do you think this play that was written in the 1930s is still popular today?

Dan Hodge: The plot is timeless. Bickering lovers is something we still recognize. This has the same timelessness as Shakespeare’s Much Ado About Nothing. Even on television, this theme of bickering lovers has been relevant for decades. Look at the sitcom, “Cheers.” Sam and Diane constantly bickered. People don’t like shows about all nice things, there has to be some sort of tension in the storylines.

I really love this play, it is witty, intelligent and it is a joy to perform. It is a rewarding show to be in. 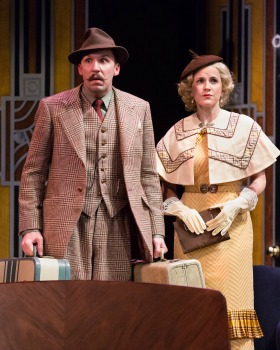 Dan Hodge: Yes, as long as I can remember. I have been very fortunate. When I was young, I was in plays and involved in community theatre. I have a BFA in acting from the University of Evansville in Indiana. I also graduated from the Old Globe in San Diego. I tried to get as much craft as possible.

I ended up in Philadelphia, and I have been very fortunate to do show after show after show. It has been lovely to come to Philly, and this is a town where actors can consistently work and do different types of shows. Right now I am in Coward’s Private Lives and I am also directing Othello at Curio Theatre.

Kelli Curtin:  What are some of your favorite roles you have played? Are there roles you hope to play someday?

Dan Hodge: That is an excellent question! I was in Around the World in 80 Days with Greg [Wood] at Delaware Theatre Company and I played Detective Fix. I am also one of the co-founding artistic directors of The Philadelphia Artists’ Collective (PAC), and I had the opportunity to play Adolph in Creditors.  I also had a chance to play Richard III, which was a great opportunity. My favorite show though is William Shakespeare’s epic poem The Rape of Lucrece.

I would love to play Cyrano in Cyrano de Bergerac, Iago in Othello and Macbeth in Macbeth.

Kelli Curtin:  Why, in your opinion, is live theatre important?