Behind the Scenes: Christopher Sutton Talks about I LOVE YOU, YOU’RE PERFECT, NOW CHANGE 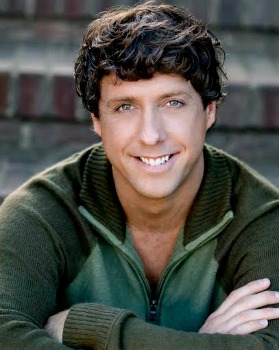 I had the chance to speak with Barrymore Award Winner, Christopher Sutton, who is currently at the Walnut Street Theatre in their production of I Love You, You’re Perfect, Now Change. Sutton is full of enthusiasm about the show and about theatre in general. He talked to me a little about his background and his family. Sutton is from Michigan and is the oldest of seven children. He said that being the oldest in his family, as well as being a new father to his son, Dylan, was extremely helpful in appreciating all the different characters he plays in I Love You, You’re Perfect, Now Change.

If you are not familiar with the play I Love You, You’re Perfect, Now Change, it is a show that is presented in a series of vignettes connected by a central theme of love and relationships. The characters in the show range from people new to a relationship to those who have been married for a long time and lost a spouse. It a great show that will resonate with people of all ages no matter what their relationship status. Sutton is in the show along with his wife, Lyn Philistine, and he also is the director for this production.

I spoke with Sutton about the benefits of directing and being in a show, as well as why live theatre is important.

Kelli Curtin: Could you tell me about the show, I Love You, You’re Perfect Now Change. What can audiences expect?

Christopher Sutton: This show is a look at contemporary relationships through all ages. This show began in the 1990s and was a modern look at relationships, and this I Love You, You’re Perfect, Now Change is updated frequently, so it resonates with audiences.

Audiences can expect a very truthful and honest look at relationships that people of all ages can relate to. This show covers so many situations, there is a car scene, “The Family that Drives Together. . .” with the parents and kids in the car that many people will relate to; also there is a very touching scene called “The Very First Dating Video of Rose Ritz” where a woman in her 40s is making a dating video. This is a show that people can relate to.

Kelli Curtin: What are some of the benefits and challenges to directing and being in a show?

Christopher Sutton: The advantages definitely outweigh the challenges. I have done this show for so long, I have done it for 8 years on and off, so I know it very well as an actor. I knew what needed done technically, so it was easier for me to have my mind in three different tracks.

One of the challenges was that there are 58 different characters in this show, so there were times where all four of us were onstage. I needed to pop out to see the stage from all angles. I needed to keep my eyes and mind open.

Another benefit is that being in the show gives me great insight as a director. The best actors are the ones who can also be their own director, we as actors always have to have other tracks going. The wonderful thing about this particular show is that the cast is great and can collaborate. In addition, my wife, Lyn, is the choreographer, so we were able to work at home on the show.

Kelli Curtin: Do you have a favorite song in the show?

Christopher Sutton: This is a tough question because I look forward to everything; there is not a “turkey” scene in the entire show. I would have to say that since I do the show with my wife, “The Marriage Tango” is my favorite song.

Christopher Sutton: There are so many, although my top choice would have to be when my wife made her debut at the Walnut Street Theatre. I 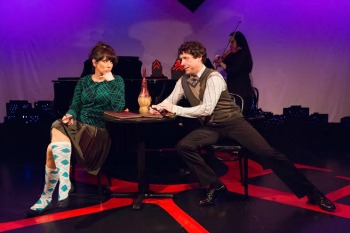 did Buddy: The Buddy Holly Story in 1999, and I met my wife during this show. So, it was so cool to do Buddy again in Philadelphia at the Walnut Street Theatre with Lyn playing the role of Maria Elena.

Another great experience is when Lyn and I got to tour the country with the First National Tour of Spamalot for 2 ½ years. We went to every state except for North Dakota. I found that when I met Lyn, I found my best friend because we are able to be with each other morning, noon and night.

Kelli Curtin: In your opinion, why is live theatre important?

Christopher Sutton: People in the United States are so into what they do for a living that they forget to take some time off from their job and enjoy life. I am very lucky because I am in a business that not only do I love what I do, but also I can make people happy. If people come away from a show learning about life or themselves, or even to transport them to another place for a few hours then we, as actors, have done our job.

Live theatre is a unique human interaction, performances are never repeated – the energy is never the same. It is a shared experience between the audience and actors. As an actor, I love the energy from the audience, and how each audience responds differently.

I Love You, You’re Perfect, Now Change is at the Walnut Street Theatre in the Independence Studio through June 29, 2014. For more information and tickets please visit their website at www.walnutstreettheatre.org or call their box office at 215-574-3550.