Behind the Scenes: Billy Porter Talks About Returning to the Philadelphia Theatre Company and Where He Finds His Inspiration 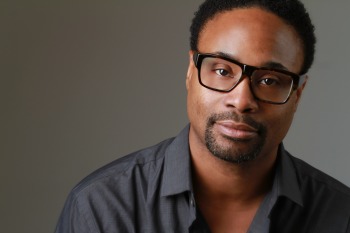 Tony and Grammy Winner Billy Porter is coming to the Philadelphia Theatre Company as part of their Theatre Masters Series on March 23, 2015. Porter has had an amazing career as a composer, actor, playwright and director. Porter stars in the Broadway production of Kinky Boots as Lola, for which he received a Tony Award. In addition, he directed The Colored Museum at the Huntington Theatre in Boston, which just opened this month. Porter was last at the Philadelphia Theatre Company in 2007 for Being Alive, a show that he conceived and directed.

In addition, Porter can be heard on several recordings, including his most recent album, Billy’s Back on Broadway. I had the opportunity to speak with Mr. Porter about his career, coming back to Philadelphia and his hometown, Pittsburgh, and what he is looking forward to in the next few months.

Kelli Curtin: How did you become interested in theatre?

Billy Porter: When I was in Middle School in Pittsburgh, I attended an afterschool program. This was an attempt to make friends, and this was during the second desegregation attempt of schools in Pittsburgh. I went to an all-black school until I was in sixth grade. I always knew I could sing, but I busted out of my comfort zone during this after school program, and that is when I was “bit by the theatre bug” as they say.

Kelli Curtin: How does it feel to come back to the Philadelphia Theatre Company after directing Being Alive in 2007? What can audiences expect when coming to see you in the Theatre Masters Series?

Billy Porter: I have not been back to PTC since Being Alive. I am excited to return to this theatre and it is thrilling to come back to this space to see what they have done with it since I was there in 2007.

In any kind of “masters series” I really don’t know what is going to happen. The reality of it is that it is a live interview, so I answer any question they ask of me.

Billy Porter: It is exciting to get a chance to go home and share with the community where I grew up what I have been able to achieve. It also is a chance for people in Pittsburgh who are unable to get to New York City to come see the fruits of my labor.

Kelli Curtin: You are very inspirational, in your work and career, but also on social media. Where do you find your inspiration?

Billy Porter: Mainly from my mother. She has cerebral palsy, and I have watched her body give up on her. However, every day she gets out of bed and fully shows up for life. I am lucky if I would have half her courage that she shows every day.

I also give that advice I place on social media for myself. I want to encourage others and generate confidence and love. But I really do this because I do not have to wait for outside energies to validate me.

Kelli Curtin: You have had a very successful career. What are the things you are most proud of? What are you looking forward to doing 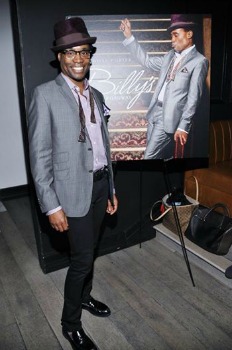 Billy Porter: There are so many things to be proud of, I strive to live in the moment and be present. Recently, the things I am proud of are playing Belize in Angels in America (fifteen years ago, no one would even consider me for this) and definitely Lola. I was told in the past that who I was would not work. I stood out because I was different. Life is easy when who you are is what is popular – being that person is easy. However, when what you are is not popular that is hard. I chose to live in the moment and be present.

I have so much going on in my career and that is a good thing! I would say that I am definitely looking forward to returning to Kinky Boots. Currently I am directing George C. Wolfe’s The Colored Museum [at The Huntington Theatre Company,] which is so thrilling. I was introduced to this play when I was in high school and it changed my life. Wolfe is such an inspiration. Also, I have a PBS special [“Broadway & Soul,”] which airs April 3rd. I have a lot going on that I am proud of.

Kelli Curtin: What advice do you have for young people who want to be an actor?

Billy Porter: Respect your form and respect your Art. Society views Art as extracurricular and a lot of people do not take it seriously. People pursuing a career in the Arts need to remember that they need to dedicate their life to it. The thing is that there are these reality show competitions and it makes it look like you stand in line and perform and then there is a career at the end of it, but the reality is that being an actor is a lifelong process.

Also, to live life as an artist you must respect yourself and your creativity as well as have training. However, training comes in different forms, and everyone has to find the training that fits their personality. Lastly, show ingenuity.

Billy Porter: Live theatre is a living breathing experience, it is so specific to the moment. Every time the audience sits down and the lights dim they are seeing something else no one has seen before. Live theatre is such a gift and there is nothing else like seeing something live. When people go to the movies it is exactly the same, people can re-watch a movie over and over, and they will see exactly the same thing. In the theatre no performance in 100% the same – there is nothing like live theatre.

Billy Porter will be at the Philadelphia Theatre Company as part of their Theatre Masters Series on March 23, 2015. For more information and tickets please visit their website at philatheatreco.org or by phone at 215-985-0420.