Behind the Scenes: Bill Van Horn Talks about A LIFE IN THE THEATRE at WST and the Show’s National Tour 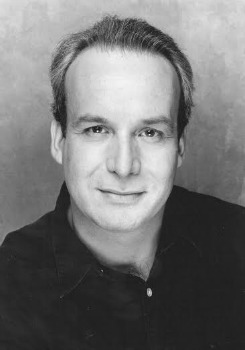 A Life in the Theatre is the newest show to open at the Walnut Street Theatre’s Independence Studio on 3. The show is a play about the behind-the-scenes lives of two actors, Robert, an experienced actor, and John, an unseasoned younger actor. Philadelphia audiences are the first to witness this show before it goes on the  national tour. This show marks the fourth national touring production from the Walnut Street Theatre that includes Van Horn’s involvement. I had the privilege to speak with Bill Van Horn who not only plays Robert in the play, but he also directed the production as well. I spoke with him about his character, Robert, as well as his experience in being part of a touring production.

Kelli Curtin: Could you tell me about the show A Life in the Theatre?

Bill Van Horn: The show is a play by David Mamet, and it is not his typical type of play. This show is gentle, and it is about an older and younger actor and how the relationship evolves. The play shows the ups and downs of actors’ lives.

A Life in the Theatre is a love letter to the lives of actors. The show is bittersweet – it an authentic representation of the life of an actor that shows the triumphs, but also the downs. This show presents an actor’s reality in a loving way. There is a humanity to this show, and people, no matter what their career will be able to relate to it. This play shows that a career is part of our everyday lives, and it is important to who you are. Even though this play is a specific adventure and shows the day-to-day routine of an actor, it has a lot to say to any work adventure; this play shows how relationships evolve over the long career of an actor.

Kelli Curtin: Could you tell me about your character, Robert?

Bill Van Horn: Robert is at the tail end of his career, and his career does not bring him where he thought it would bring him – he is at a small 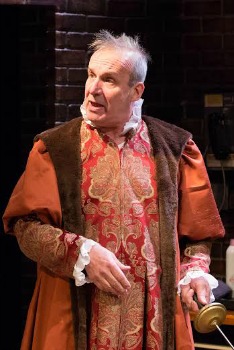 regional theatre. Robert sometimes is too ready to lecture others, but this is also how the relationship between Robert and John evolves. John appreciates Robert’s advice, and there are many positive and negative emotions involved in the advice, it is the ebb and flow of a career.

The great thing about the characters in A Life in the Theatre is the wonderful way it shows how an actor’s life is like everyone else’s job. However, this show also portrays how rarified an actor’s life can be in regards to how they wear costumes, makeup, have to learn scripts, etc. On a whole, this really is Mamet’s love letter to the theatre.

Kelli Curtin: Are there any characteristics of Robert that you can relate to?

Bill Van Horn: All of them! I can definitely relate to the indignity of age – for an actor, age presents the inevitable end of career. For example, there are few parts for men over 55, although women have this worse. The idea of a career coming to the end of the road is resonating. Playing a role like this is melancholy; it is sweet and sad. Mamet chose his words carefully when writing this play.

Kelli Curtin: I have been told that this is your fourth time being part of a National Tour with a show from the Walnut Street Theatre, and second time going to the Bermuda Arts Festival with a tour. Could you tell me what it is like to take a show on tour?

Bill Van Horn: It is a fantastic experience. We get to see parts of the country we would not normally see, As an actor, getting to tour with a show is a reminder of how strong theatre audiences around the country are. There is such a strong desire for people around the country to see live theatre, and the people are so enthusiastic. There are a number of places we go where the town does not have a permanent theatre, and these shows sell out because there is such a strong desire for people to see live theatre. Seeing that feels good and I am thrilled we can provide live theatre to these enthusiastic audiences.

Kelli Curtin: What is the experience like in being part of the Bermuda Arts Festival?

Bill Van Horn: The Bermuda Arts Festival is a world class Arts festival, it involves theatre, music, sculptures and art from around the world. Bermuda is a fantastic place; it is like the English countryside on a tropical island. The Bermudians are lovely people, we get invited to dinners and receptions. In addition, they really know the history of the Walnut Street Theatre and we are excited to represent the Walnut and Philadelphia at the Bermuda Arts Festival.

Kelli Curtin: What are some of the benefits and challenges of directing and being in a show?

Bill Van Horn: One of the benefits is that I like being in control of the whole picture of the show – from the stage direction to the sound. Also, other actors become directing collaborators with the show. For example, other people in the show assist in blocking. When I am directing and in a show, it is definitely more collaborative with other actors and designers, I find I rely on these people more.

One of the challenges in being in a play and directing is it is harder to separate being an actor and director. The Walnut Street has been great in doing this because Bernard [Havard] stays involved with the production and contributes. I also bring in another great director to assist, Kate Galvin. Kate and I have worked together for years and she is another set of eyes for me.

Bill Van Horn: I would have to say King Lear is one of my favorite roles as is Shylock from Merchant of Venice. In addition, at the Walnut I had a chance to play Walt Whitman in O Captain, My Captain: Whitman's Lincoln.

I would like to play Nick Bottom from A Midsummers Night Dream, Willie Clark in The Sunshine Boys and James Tyrone in Long Day's Journey into Night.

Bill Van Horn: Live theatre helps build community. It gets people out of their house and away from all their technology, and allows them to mix with other people and actors. Live theatre is a chance for people to celebrate collectiveness and the power of imagination.

A Life in the Theatre runs at the Walnut Street Theatre’s Independence Studio on 3 through February 1, 2015. For more information and tickets visit their website at www.walnutstreettheatre.org or call their box office at 215-574-3550.

Photo 2: Bill Van Horn in David Mamet’s A Life in the Theatre at Walnut Street Theatre’s Independence Studio on 3. Photo by Mark Garvin