Behind the Scenes: An Interview with the Fulton’s Curt Dale Clark 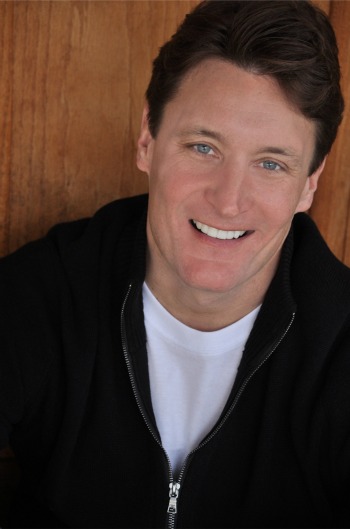 The next show in the Fulton Theatre’s Family Series to grace the stage is Aladdin, which begins June 15, 2013. The book and lyrics for this show are by Marc Robin and Curt Dale Clark. Robin and Clark are familiar names to many people in Lancaster who attend the Fulton Theatre. Robin is the artistic director of the Fulton Theatre and most recently directed and choreographed A Chorus Line and Dreamgirls at the Fulton. Clark was most recently seen as Don Lockwood in Singin’ in the Rain and Joe Gillis in Sunset Boulevard. I had the privilege of talking with Curt Dale Clark about how he writes shows for children’s theatre, as well as his career as an actor.

Kelli Curtin: Who is your audience? What age group do you try to write for?

Curt Dale Clark: We write for all age groups. Children, parents, and grandparents all come to the show. Our goal is to have every age enjoy the show. There is humor for both younger and older audiences.

Kelli Curtin: Why do you think theatre is important for children? Are there subjects/issues that you feel are important to kids that you try to address in your plays?

Curt Dale Clark: Theatre is important for children from an early age because theatre gives children an introduction to arts and culture. People who are exposed to theatre at an early age are accepting of the arts and diversity. They can think, imagine, and appreciate the many things life has to offer. They are more accustomed to experiencing life with other people who appreciate arts and culture.

Kelli Curtin: What is your greatest challenge in writing these shows?

Curt Dale Clark: Many of the titles we do were made famous by Disney, and we try to stick to the original story. We try to stay as close to the story as possible, but there are times we need to adjust the story because the original fairy tales are not very family friendly and can be grotesque. We also put a twist on the fairy tales and these stories lend themselves to social issues.

Kelli Curtin: What advice would you give to someone who wanted to do what you do?

Kelli Curtin: What gives you the most fulfillment in writing and acting?

Curt Dale Clark: The thing that gives me the most fulfillment as a writer is realizing that a child got the message of the show, and that I had a hand in shaping a young adult life in some positive way. For example, our version of Sleeping Beauty addresses racism. Each of the fairies in the show is assigned a color. One of the fairies, Magenta, is unacceptable to them and cast out. Children learn more when we more subtly teach them, and we address diverse social issues in our shows.

As an actor when I finish a show and realize that the audience was drawn into the show and went on a journey with the actors on stage, it is an incredible feeling. Also, the fact that I succeeded at doing 1,000 performances of Singing in the Rain in the course of my career as an actor is a great accomplishment.

Kelli Curtin: Who influences you as a stage performer and playwright?

Curt Dale Clark: As a stage performer, Kevin Kline influences me. I have watched him and his acting and modeled myself after him. As a playwright, I am universally inspired. I love musical theatre, and I find something to love about every piece of theatre I see.

Kelli Curtin: Because of the notoriously short attention span of children, do you leave more room for improvisation in your scripts?

Curt Dale Clark: Some of our scripts are ten years old, and we are always improvising our scripts. If we see that children are not paying attention, we know we need to change the flow of the show.