Behind the Scenes: A Conversation with Matt Wood from the Touring Company of CHARLIE AND THE CHOCOLATE FACTORY 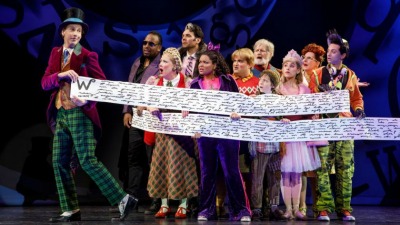 On stage this week at the Hershey Theatre is the musical Charlie and the Chocolate Factory. The show is based on the 1964 Roald Dahl novel of the same name. Fans of the film will hear songs they are familiar with such as “Pure Imagination” and “The Candy Man.” Just in case you are unfamiliar with the plot of Charlie and the Chocolate Factory it is about a chocolatier, Willy Wonka, who is opening up his secretive chocolate factory for a tour to a lucky few. One of the children, Charlie Bucket, a good natured child from a poor family, by good fortune finds a golden ticket and his dreams of being able to feast on Wonka’s chocolate and see inside this glorious factory are finally coming true. Charlie and four other golden ticket winners will embark on a journey to see a world of pure imagination.

I had the opportunity to speak with Matt Wood who plays Augustus Gloop, one of the lucky golden ticket winners in the musical. Wood spoke with me about what audiences can expect from the show, why the story of Charlie and the Chocolate Factory still resonates with people and what he is most excited for audiences to see in the show.

Kelli Curtin: Could you tell me a little about Charlie and the Chocolate Factory and what audiences can expect?

Matt Wood: The stage version of Charlie and the Chocolate Factory is a little different from the movie. It is an original musical take on the Roald Dahl book. Audiences will hear some of the same original music they heard in the film as well as some new music. There are portions of the show that are updated for today’s audiences and it is a cute, colorful and charming show. Audiences are loving the show.

Kelli: Since this is a show that is beloved by so many people due to the popularity of the movie and the book, how does the stage version compare?

Matt: The musical expands upon the movie and the book. I feel like the stage version of this story uses Dahl’s book as the basis of the story, but 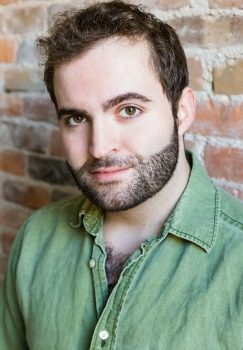 the musical digs deeper. The musical reminds us all about the importance of creativity and honesty. The show is fun and colorful and also has some underlying messages.

Kelli: Could you tell me a little about your character, Augustus Gloop?

Matt: Augustus is not the sharpest, and he loves food and is happy to be at Wonka’s Chocolate Factory. The four “bad” kids are played by adults in the show and that allows us to have a sharper and darker take on the characters. Even though Augustus is considered one of the “bad” kids, he is definitely the most joyful of the kids. Playing a child as an adult allows me to bring out the inherent wirings of his personality. Augustus is 11 years old and he is overindulged by his mother and has indulged in food. He has lost his sense of right and wrong and is a bit clueless. I love playing Augustus, he is an intriguing character to play and he has a fun and ridiculous costume.

Kelli: Charlie and the Chocolate Factory is a story people love. What is it about this show that resonates with people?

Matt: I feel that people relate to the underdog story. At the beginning of the story Charlie is living in extreme poverty. Eventually he is plucked out of that poverty and experiences a magical journey at the Wonka Chocolate Factory. People relate to Charlie and it is a feel good story.

Kelli: What are you most excited for audiences to see in Charlie and the Chocolate Factory?

Matt: I am always excited for audiences to see the clever costuming in this show as well as the special effects. People will get caught up in the music of the show as well. This is definitely a show that is filled with theatre magic and I love hearing and seeing the audiences’ reaction.

Kelli: Do you have a favorite part of the show? 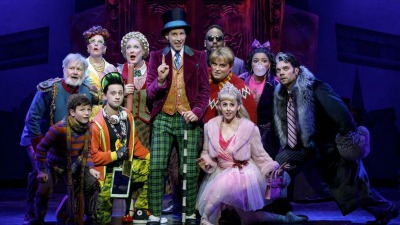 Matt: There are so many moments of the show I love. However, I would say my favorite part of the show is the first scene in the chocolate factory when the song “Pure Imagination” is performed.

Matt: As a child theatre changed my life. I am from the Eastern Shore of Maryland and there weren't too many opportunities for theatre. My mom got me involved in a community theatre when I was really young and it had such an impact on me. In today’s day and age live theatre is a unique form of storytelling. There is nothing else that compares to being in a theatre with a group of people and experiencing a live show in the same time and space. It is such a unique experience and nothing compares to live storytelling.

Charlie and the Chocolate Factory will be on the stage at Hershey Theatre from September 10, 2019 through September 15, 2019. For more information and tickets please visit the Hershey Theatre website, www.hersheyentertainment.com/hershey-theatre. For more information about the Charlie and the Chocolate Factory Tour please visit charlieonbroadway.com.