Behind the Scenes: A Conversation with Jonny Amies from MY VERY OWN BRISITSH INVASION AT Paper Mill Playhouse 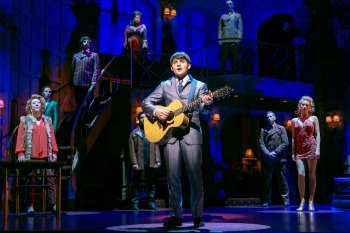 The world-premiere of My Very Own British Invasion opens this weekend at Paper Mill Playhouse in Millburn, New Jersey. The show tells the story of young love set against the backdrop of the 1960s exploding music scene. The musical is based on the experiences of Peter Noone, lead singer of Herman’s Hermits and is full of music hits from the 60s. The book was written by Rick Elice (Peter and the Starcatcher) and directed and choreographed by Jerry Mitchell (Kinky Boots).

I had a chance to speak with Jonny Amies who is making his professional stage debut as Peter in this brand new musical. Amies spoke with me about how thrilled and blessed he is to be able to play this role at Paper Mill Playhouse. In addition, he talked about what audiences can expect when coming to see the show, what it was like to meet Peter Noone and why live theatre is important.

Kelli Curtin: My Very Own British Invasion at Paper Mill Playhouse is a World Premiere. Since people are not familiar with the show could you tell me a little about the production?

Jonny Amies: My Very Own British Invasion is a Rock-n-Roll fable that takes place from 1964 to 1966. It is about a few years in the life of a young rock-n-roll artist of the time, Peter Noone. Part of the story is about a love triangle between Peter, his best friend, Trip, and Pamela. Pamela is a rock star and she already has a boyfriend, Trip. In addition, this show has a beautiful and eclectic musical score full of  60s tunes made popular by bands of the 60s such as the Rolling Stones, Steppenwolf, The Beatles and of course, Herman’s Hermits. I honestly cannot wait for people to see the show.

Kelli: What can audiences expect when they come see the show?

Jonny: This is a fast and punchy show that is set in the 1960s, and is written by Rick Elice. It has music that everyone is familiar with and loves, 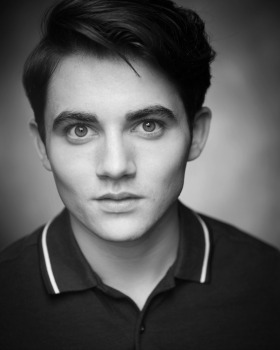 and it is a very true and real story that people can relate to. It is a musical about a first love, and most people can relate to what it was like to have that first love and how things just did not go to plan. Also, a lot of the show is set at the Bag O'Nails which is a club in London that served as a meeting place for people like John Lennon, Mick Jagger and Freddy Mercury. One of the things I think this show does well is show how connected to the real world the characters in the piece are. My Very Own British Invasion is an explosive piece and also a touching piece of theatre.

Kelli: Could you tell me a little bit about the character you are playing, Peter Noone?

Jonny: Peter Noone helped conceive the idea of the show. One of the things I really need audiences to remember is that this is not an impersonation of Peter, it is a fictional story. I am playing a character, Peter. To prepare for this role I looked at many legends of the 1960s such as Peter Noone, Davy Jones and Paul McCartney. My character, Peter, is young and energetic and he bursts into the club scene. He wants to be like one of the popular artists that he looks up to. Peter is a cheeky chap from Northern England and he is passionate and fights for things he believes in. As his story evolves he learns valuable lessons that he will appreciate for the rest of his life. It truly is an honor to play this character.

Kelli: Since you are playing a role that is based on someone that is so iconic did you have to do any research on him or anyone else from the same era? 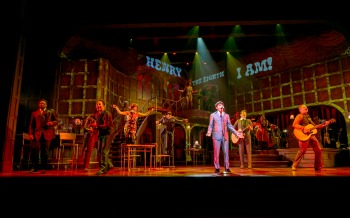 Jonny: In order to prepare for this role I developed a kind of obsession with the 1960s. I looked at many of the male singers from the period and tried to understand what was going through their heads. The 1960s was a crazy time. I did listen to this music when I was younger and the music is definitely driven by passion.

To research the people of the era and what was occurring at the time I read a lot of blogs about the time and looked at Peter Noone’s website. I wanted to explore how the people of the time dealt with things like success, girls, band mates, etc. I am lucky because there is so much information about the 60s out there and there is a ton of great video footage.

Kelli: I saw that you had the opportunity to meet Peter Noone. What was that like for you?

Jonny: It was a very surreal moment. This is the first time I am playing a real person who is still alive and I am still nervous about it to some extent. Meeting him took the pressure off because I am not trying to impersonate him. The character, Peter, has some similarities to the actual Peter Noone, but also other icons of the era. The day that I met him it was sort of strange because I have spent a lot of time researching him on the computer, so it was surreal seeing him in person. Peter Noone is the loveliest man. He is really excited to see the show, and for me, it is an honor to play him.

Kelli: Do you have a favorite part or song in the show?

Jonny: One of my favorite parts is the song “House of the Rising Sun.” It is done in an incredible way in the show such that it feels like the song is 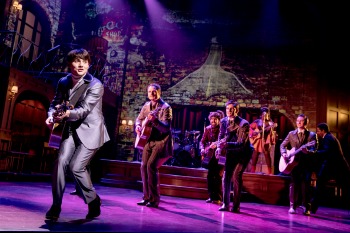 climbing up your backbone. Of course I love performing the songs by Herman’s Hermits, especially “I’m Henry VIII, I Am.” Also, at the end of the show I get to “rock out” and I love that portion of the show as well.

Kelli: How did you gain an interest in performing?

Jonny: For me, it was a progression. When I was young I went to a weekend drama school and then when I was eight I had the chance to perform as Oliver in an amateur production of Oliver. After that I took more drama classes, but eventually took a break. I was always interested in performing though. When I was eighteen I decided I wanted to go to drama school and did a three year progression at Italia Conti Academy in London. I also played guitar and sang with a band. I had a chance to play in pubs in England, Italy and Germany. I have always loved performing. I feel like the experiences I had were a progression and I was meant to be an actor. I am a strong believer that everything happens for a reason. Right now I feel like I am living my dream and it lead me to be in this fantastic new show. 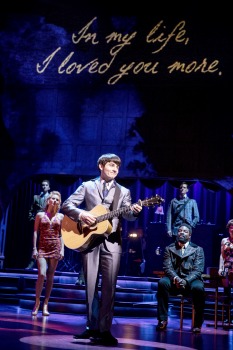 Jonny: Live theatre is a place where things are live in the moment and everything is happening on stage in front of you. Even though I am playing a part on the stage, as an actor I still see things happening live in front of me that include other actors and the audience. Another reason theatre is important is because theatre is imperative to educate us as a society. It is important to immerse ourselves in these stories from a dramatic play to a feel-good musical. We always learn something about ourselves no matter what type of show it is, and as we exit the theatre we feel different than we did when we first walked in the theatre a couple hours ago. Theatre encourages open-mindedness and love. Live theatre is an important light that keeps shining through in these trying times we live in. I feel very blessed to do this.

Jonny Amies will be onstage at Paper Mill Playhouse in My Very Own British Invasion through March 3, 2019. For more information and tickets visit their website at papermill.org or call the box office at (973)376-4343.