Behind the Scenes: A Conversation with EPAC’s Artistic Director Edward Fernandez 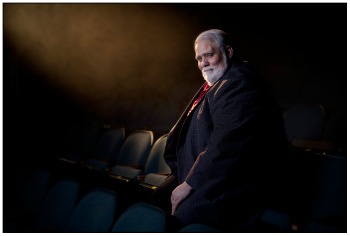 Assassins, an entrancing musical about the men and women throughout history that have tried to successfully and unsuccessfully assassinate the President of the United States.  This musical has humor, a skillfully written script, and is thought provoking.  Stephen Sondheim wrote the music and lyrics for Assassins and John Weidman wrote the book.  Audiences will encounter characters such as John Wilkes Booth, Charles Guiteau, and John Hinckley Jr.

I had a chance to talk to the Artistic Director of the Ephrata Performing Arts Center, Edward Fernandez, about this production of Assassins, and its relevance, as well as what audiences can expect. Fernandez wants people to be entertained and engaged by the show and not to be afraid, as this is a show that will have you thinking and talking well after the curtain falls.

Kelli Curtin: Why did you decide to do Assassins again since you did it in 2000?

Edward Fernandez: I have been the artistic director at EPAC since 1996, and have been involved with the theatre here for about 27 years. There is only a certain amount of shows, but also there are only certain ones that I would like to repeat. I wanted to do Assassins during an election year, but when you put seasons together it is like putting a chess game together. In addition, Sean Young who was in our original production of Assassins was willing to reprise his role as John Wilkes Booth.

Assassins was on the list to look at when putting together a season. This year we wanted something meaty between Guys & Dolls and Fiddler on the Roof.

Kelli Curtin: Not many theatres do Assassins. Do you feel there is a reason why?

Edward Fernandez: The subject matter and the adult language. The lyrics and music are written by [Stephen] Sondheim, and you cannot rewrite Sondheim to change the language. In addition, the show is not linear, and it has a different structure. Assassins does not guarantee box office sales, and not all theatres can take that chance.

Kelli Curtin: How is Assassins relevant in 2013?

Edward Fernandez: When we first did this show in 2000, it was a different country then. Now, in 2013, with the polarization and the [political] vitriol it has resonance. The themes in the show are more relevant. Assassins was ahead of its time, and is so much more effective in today’s world.

Assassins is also funny, it has humor and smart dialogue. It reminds me of the best of Saturday Night Live. The show is a political comedy that is brilliantly written.

Kelli Curtin: What can audiences expect from Assassins? Is there anything you want audiences to take away from the show?

Edward Fernandez: The show is a wild ride. I want it to have a feel of a carnival ride, and the end really gets you. I want audiences, after seeing the show, to think. Art is supposed to raise questions. The first thing I want for audiences is to have a good time, and then once they react to the show I would like them to think about the country, about people who feel displaced, and the price people are willing to pay for fame. Look at reality television, it shows people willing to do anything for a few moments of fame. The show raises a lot of questions that are relevant to our culture today.

Kelli Curtin: Do you have a favorite part of the show?

Edward Fernandez: The ending is a piece of brilliant theatre. The last book scene is the greatest scene written for the American Musical Theatre – it is moving and frightening.

Kelli Curtin: Ephrata Performing Arts Center is known for doing edgier shows. Why do you think this theatre has been successful in productions such as Spring Awakening, Angels in America, Next to Normal, etc.?

Edward Fernandez: In the 1990s the board had a vision about what the theatre could be and what it could bring to the community. We took baby steps every year to break down barriers and to expose people to new work. EPAC did little known shows mixed with classic shows. This process began to open up doors. In addition, the Board of Directors is behind the theatre and has a clear vision of who we are. The audience also believes in the theatre.

Kelli Curtin: Anything you would like to add about Assassins?

Assassins opens at Ephrata Performing Arts Center on Thursday, October 17, 2013 and runs through November 2, 2013. For more information and tickets visit their website at www.ephrataperformingartscenter.com or call their box office at 717-733-7966.

Wonderful profile. Hope to be able to see this one!