Behind the Scenes: A Conversation with Claybourne Elder from Paper Mill Playhouse’s BENNY & JOON

The East Coast premiere of Benny & Joon is currently onstage at Paper Mill Playhouse. The book for the show is by Kirsten Guenther, music by Nolan Gasser, lyrics by Mindi Dickstein. This new musical is based on the 1993 movie of the same name. It is about two siblings, Benny and Joon. Their parents died when they were younger and Benny, being the older child, takes on the responsibility of caring for his sister, Joon, who is dealing with mental illness. A charming and eccentric stranger, Sam, enters their lives and reminds them how to laugh and live their lives. It is a tenderhearted celebration of love between siblings and friends.

I had the opportunity to speak with Claybourne Elder who is playing Benny. Elder is most known for his roles in Sunday in the Park with George and Bonnie & Clyde. He spoke about Benny & Joon and what audiences can expect. As well as why the story is still relevant and why he is excited for people to see the show.

Kelli Curtin: Could you tell me a little about the show, Benny & Joon?

Claybourne Elder: Benny & Joon is based on the 90s movie that starred Johnny Depp, Aidan Quinn and Mary Sturt Masterson. The story is 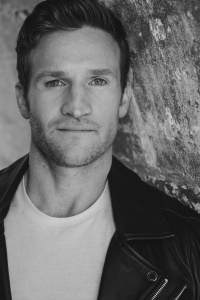 about two siblings, Benny and Joon. When they are younger their parents die and Benny has the responsibility of taking care of Joon who is schizophrenic. The musical is also about how these siblings are sort of stuck in their lives and that begins to change when they meet a charming and eccentric stranger, Sam. Sam comes into their lives and shakes things up. What this show does really well is show how people deal with change in their lives.

Kelli: For people familiar with the 1993 movie how does the musical compare?

Claybourne: I feel the creative team for the musical did an excellent job at adapting it. The creative team: book by Kirsten Guenther, music by Nolan Gasser, and lyrics by Mindi Dickstein took the best parts of the story and plot and mined it further. They were able to find reasons for the characters to sing.

Kelli: The movie, Benny & Joon, premiered in 1993. Why do you think this story is still so relevant 25 years later?

Claybourne: Mental Health is something that we, as a society, still struggle to talk about. In the movie Joon’s diagnosis was never mentioned, and in the musical Joon is characterized as being schizophrenic. I feel that in our current society people are scared to talk about depression or schizophrenia. What this musical does well is show that even though Joon suffers from schizophrenia she still has wants and needs and it shows that even though she has a mental illness she has desires and dreams. Benny is a protective older brother and he is scared to let her go in search of her dreams. The show illustrates how these two siblings cope with the loss of their parents, mental illness and finding their way in the world.

I feel we really need to start a conversation about mental illness. It is something that many people in society are afraid to speak about and they fear how others will treat them if they are known to suffer from any sort of mental illness. Benny & Joon is an important story to tell and I am hoping it opens up further dialogue between individuals.

Kelli: Could you tell me a little about your character, Benny? 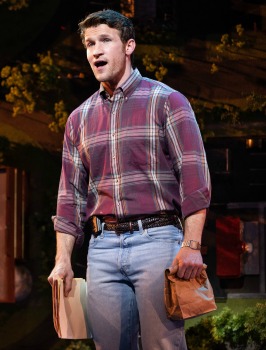 Kelli: What are you most excited for audiences to see in the show?

Claybourne: The score for this show is absolutely brilliant! As soon as I knew I was going to be involved with the production I started to listen to the demo of the music. The composer, Nolan Gasser, really listens to the singer who is performing the song. He makes sure that the voice and music are communicating effectively. The music for this show is beautiful.

In addition, the story is moving. This show speaks to anyone who has siblings and to anyone who has ever been in a relationship. There is something that everyone will relate to in this show. Personally, I am a new father and throughout the show I find myself thinking what it is going to be like to have to let go of him eventually when he grows up. There is also a lot of heart in this show. It is a musical about good people being good and I really am excited for people to see it.

Kelli: Is there something you are hoping audiences will take away from the show?

Claybourne: I think in general people will be really affected by the story of this show. I don’t want to compare this show to anything directly, but like Once and The Band’s Visit they are shows that are based on simple stories about love. Stories such as these and including Benny & Joon make excellent musicals. All these musicals are about conflicted people doing good with their lives.

As audiences leave the theatre I think they are left with a sort of spiritually uplifting feeling. It will make the audience think about their life. I am hoping audiences are left with a beautiful feeling about humanity.

Claybourne: I am the youngest of eight kids. I grew up playing the violin. It wasn’t until I saw my brother in The Music Man that I thought performing looked like fun. When I saw him I thought to myself “I want to do that.” After that experience I went home and opened the phone book. I called every theatre listed in the area and I asked them how to audition. I eventually got cast in On Golden Pond.

Kelli: Why, in your opinion is live theatre important?

Claybourne: We live in a time in which social media seems to influence everything – what we watch, what products we buy, etc. Live theatre seems to be untouched by that. No shows are being produced specifically to drive consumerism. What I mean by that is that big corporations do not have product placement in live theatre. There is not a lot of money in this business and those of us that are involved with theatre really love it with our entire being. In addition, live theatre gives us a strong sense of community. In a way seeing a live show is a spiritual experience because we are all in the same space together watching the same show. Live theatre is effective as it brings people together and through the experience it helps us develop empathy.

Claybourne Elder can be seen in Benny & Joon at Paper Mill Playhouse through May 5, 2019. For more information and tickets visit their website at papermill.org or call the box office at (973)376-4343.