Behind the Scenes: A Conversation with Cast Members of Fulton Theatre’s NEXT TO NORMAL 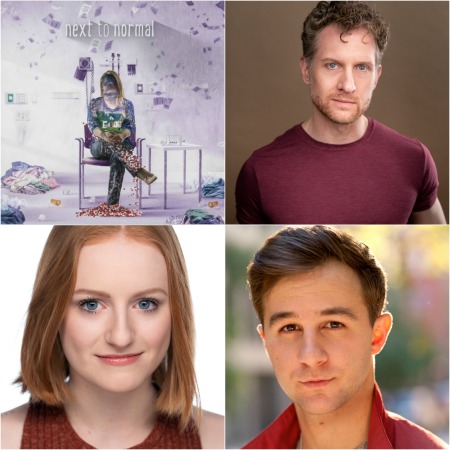 Currently onstage in the Fulton Theatre’s Studio Series is Next to Normal. This show is full of emotion and it is a show that will definitely make you laugh and cry. In addition, this production provides an intimate experience due to the smaller space the show is currently performed in. This production of Next to Normal is incredibly well done.

I had the opportunity to speak with Mark Campbell (Dan), Abigail Isom (Natalie) and Alex Walton (Henry). They spoke about the show, what it is like working in an intimate space and how they prepared themselves to work on a show with such complex topics.

Kelli Curtin: For those unfamiliar with Next to Normal could you talk a little about the show?

Mark Campbell: This show is about an “ordinary family” dealing with the trials of a mentally ill family member. Next to Normal illustrates the ups and downs of the family and their process of figuring out their own issues in the context of that. It is a piece about a family and despite the fact there is some heavy subject matter it is also very funny. This show finds a way to deal with mental health issues in a way that never laughs at mental health, which is a very fine line to have. It addresses dealing with mental illness in a world where there is still a stigma associated with it and that is not easy.

Abigail Isom: I think Next to Normal does a good job at painting a picture of what an “ordinary family” looks like, but how twisted and dark things can be on the inside. I feel it is comforting to know that every family is different and that there is no such thing as a perfect family. Even though people want to portray that their family is perfect, which is how our family in the show operates, every family has personal issues they are dealing with.

Alex Walton: I think the show does a really good job at humanizing mental illness and the effect it can have on everyone in your life. Next to Normal is done in a real and authentic way.

Kelli: What is it like to do this show in an intimate space? What are the benefits working in a space like this?

Alex: Personally, I love it. When I saw this show on tour I sat towards the back and really wished I could be closer to the actors and see their facial expression and closer to the action. In the space we are in at the Fulton audiences are right there with us and there is no hiding. I think that is important for the audience to be on this ride with us.

Mark: There is definitely a benefit for some shows to be done on a bigger stage to a larger audience. For example, you do not want to see The Music Man in a small space. There is just something special about doing a small show in a smaller space. I feel that Next to Normal was designed to be small and works better in a smaller space. Like Alex said there is nowhere to hide. Everything we do has to be real and connected. It is an exciting show to do in this space.

Alex: I also love that we are doing this show in the round because everyone in the audience gets a different show depending on where you are sitting. There might be moments you are looking at someone’s back, but you get to see how what they are saying is affecting someone else. I think it is pretty cool that depending where you sit you get a different experience.

Abigail: Being this close makes you feel really vulnerable, but in a really exciting way. Audiences have to engage with the show.

Kelli: This show tackles a variety of complex topics including mental illness, addiction, electroconvulsive therapy, and suicide. As actors who play characters who are supporting someone dealing with mental illness how do you prepare? Did you do any research?

Abigail: Our director, Paige Price, put together this brilliant packet of information for us. It included information on all the different drugs mentioned in the show and what exactly they do. We watched videos on what ECT [Electroconvulsive therapy] actually is, which was really helpful for Anne who plays Diana. This is a subject we definitely did not want to take lightly in the rehearsal process, but at the same time this is partly a comedy, so we wanted to be able to find that balance. We wanted to be true and take the mental health topic seriously, but also normalize it in a way.

Mark: Mental illness is such a spectrum anyway that I think most people haven’t lived with or encountered someone at this level of mental illness. We all have friends, family members or ourselves who have dealt with some of these issues. It is not that far a stretch to understand how the dominos line up and fall if things get worse. That is what makes the show so human because audiences completely understand the choices the characters make. We all have the human nature to want to take care of each other and be there for each other and that is what can make the very people that are trying to help fall apart themselves.

Alex: There was definitely a certain amount of information that was helpful particularly about electroshock therapy and medications in the beginning. In my mind it is a perfect show in which you can take your real life experiences and put them into your performance. It is an exciting show in that way whereas actors we can bring a lot of our own personal experiences to the roles. Also, in the rehearsal process our director kept reminding us that each one of the characters provides support to someone else at different times throughout the show and it is interesting to see how they go about doing that. Each character is a caretaker in a different way.

Abigail: I completely agree that there are so many different characters to relate to. Every character is so different, but we are all supporting each other.

Kelli: What are you hoping audiences take away from the show? 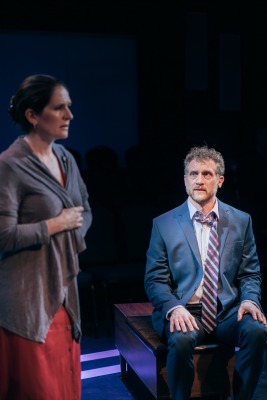 Mark: I really hope they are reminded of their own humanity and the humanity of anyone who is dealing with mental illness. It is so easy to say the words mental illness and put somebody in a box. I think that everyone portrayed in this show is so human and understandable. I feel that the point of theatre is to get to our own humanity through the humanity of the characters we are seeing. Next to Normal does that beautifully.

Abigail: It is also mental health awareness month, so it is a great time to do this show. I am hoping when people see the show it helps lead to a conversation and helps to destigmatize mental illness.

Kelli: Why do you feel this show has such a loyal following?

Mark: First of all, the music is spectacular.

Abigail: I just think it is an easy show for people to relate to. People just fall in love with different parts of each character. The show is raw and each character is vulnerable. I feel people really just understand and relate to the family in the show.

Mark: Theatre is increasingly important because it is live. We live in a time where people are spending more and more time in front of screens. Theatre is unique because it is an empathy building machine and the only other art form that does that is novels. People cannot be in a theatre watching actors live, experience a show and not be affected by it in some way. Even if the affect the show has is that you hated it, you are still having a reaction to it. Theatre requires people to be present and that is very different from having a movie on in the background. I just finished the tour of Lion King and my favorite thing about that tour is seeing people bring kids into the theatre. Kids that are three and four years old sat through a two and a half hour show whereas at home they could not sit through a fifteen minute video. This shows that theatre hits the brain in a different way and in a way that is really important.

Abigail: I think another reason that live theatre is important is because it is never the same thing twice. Whatever show is on stage, it is different every time. There is something very special about that. Audiences are getting a one-time experience each time they go see a show. Unlike a movie where the same thing happens over and over again and it is exactly the same each time. I also think that even though people see the same musical over and over again it is from a different perspective each time, which makes live theatre really special. It is a new experience each time you go to the theatre.

Alex: For me personally, I think live theatre helps keep us grounded in the present moment. Going to the theatre forces you to be present and connect with others for those two hours. Also, as an actor you never know what affect you are going to have on a member of the audience. You could change someone’s life and there is nothing like live theatre.

Next to Normal runs at the Fulton Theatre through June 2, 2019. For more information and tickets please visit www.thefulton.org or call the box office at 717-397-7425.